There are parallels between the first century and today. The fullness of time for the Prince of Peace to come in the first century involved “the slaughter of the innocents,” Jesus’ family becoming refugees in Egypt, lands occupied by a conquering power, and the cross. Yet even in that context, Jesus taught his disciples to “love your enemies” and provided the means for peace with God.

Recently we have seen the beheading of 21 Egyptian Christians in Libya, thousands of refugees including a dead two-year-old Kurdish boy on a Greek beach, and the conquests of the Islamic State (ISIS). Yet since the Khomeini Revolution in Iran in 1979, the slaughter of 9/11, and the rise of the Islamic State, we have seen an increase in peacebuilding between Muslims and Christians and, also, many Muslims who have found peace with God through Jesus. The Lord has allowed many from our Fuller community to be participants in these movements—including alumna Farida Saidi and professor Evelyne Reisacher, who ministered to Parisians after the recent massacre (see VOICES ON the City).

Faculty members in the Islamic Studies Program here developed as their purpose statement “to equip leaders to understand Islam and Muslims and serve the incarnation of the gospel among Muslims of every culture.” This purpose statement can be illustrated by an image of an endowed professor’s chair in al-Azhar University Mosque in Cairo, where the practice of endowing literal “chairs” to support university professors first developed and was passed on, at least figuratively, to Europe and elsewhere.

The legs of the chair illustrate the four components of the Islamic Studies Program at Fuller. The first leg represents the study of the great texts of Islam. The second indicates the use of the tools of the social sciences to see how various Muslims actually understand and practice their faith. Having listened to Islam and Muslims on their own terms, we turn to the third leg, which represents studying them from the perspective of biblical revelation. The fourth leg represents our call to serve the incarnation of the gospel among Muslims by our lifestyle, humble verbal witness, and pointing to the communities of faith that embody the love of Christ.

In these troubled times, with the increased interest in peacebuilding between Muslims and Christians and the increased responsiveness to the gospel among Muslims, it is evidently the fullness of time for Muslims. Let us as individuals and as an institution actively participate in what God is doing. 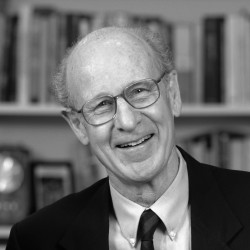