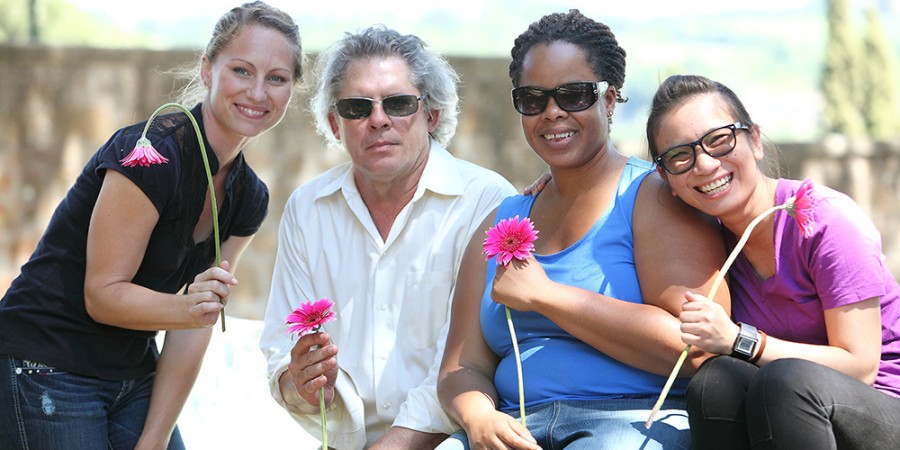 The first time I met Tamisha Tyler, then a new student, she was tearfully confessing how out of place she felt at Fuller. She had a desire to deepen the roots of her faith, but was not sure how to accomplish what she felt convicted to do. She feared she was not up to the academic rigor, that she would not be able to pay her rent, that she would not find true friendship to help her through. In the years since that first coffee—and we have had many—we have passed each other on campus, often with just enough time for a hug and a promise to catch up soon in the middle of Tamisha’s busy social and academic schedule. In the brief time that has flown by, she has found her place at the center of life at Fuller, including being voted All-Seminary Council president last spring, and recently named the recipient of a Brehm scholarship.

Joining Fuller’s immersion trip to Orvieto, Italy, in 2012, played a big part in her immersion into the Fuller community. It was a seminal experience for her as it is for most who join such courses. More than her first trans-Atlantic flight, praying the hours in an ancient monastery, learning about medieval art and theology from professors Dick Peace and Bill Dyrness and artist Chris Slatoff, or experiencing the vivid joys of the Italian culture—it was the students, professors, artists, trustees, administrators, and hosts that she shared the unique 24/7 experience with that changed them all. What Tamisha found was the thing all those years ago she was longing for upon coming to Fuller’s Pasadena campus: a deeper knowing of spiritual traditions and practices, learned in a context of true community.

Here is a part of her story, with photos taken on that 2012 trip by fellow traveler and student Richard Min. We thought it a fitting example of life at Fuller, wherever the “campus” happens to be.

All day I wondered: “What do you wear to a reunion?” I was to reunite that evening with a group of friends at the home of Dick and Judy Peace in Santa Monica, California—10,050 kilometers from where we first met in Orvieto, Italy, several months before.

Through one of the immersion courses offered by the Brehm Center for Worship, Theology, and the Arts, 36 of us were able to study together abroad, connecting theology to culture and art. It was my first experience out of the United States—two weeks that changed my life. I looked forward to this reunion now, to reconnecting with the friends who had made that experience so formative. It was the first time most of us were able to regather, including our professors, and I anticipated it all day long.

Several of us carpooled across Los Angeles to the Peaces’ home, and catching up made the hour-and-a-half ride seem short. Before we knew it, we were being greeted by Dr. Peace, and then more and more familiar faces—some I hadn’t seen since we left Italy. There were lots of hugs, heartfelt greetings, and memories of Italy that flowed on as if they never ended.

Our professors, scholars of a world-class caliber, were very much a part of the community formed by that experience in Orvieto, and it was great to all be together again. As everyone arrived, all that seemed to be missing were the nuns who ran the convent where we stayed and the baristas from the Blue Bar, local to our accommodations in the tiny Italian town.

From the perspective of the photographer

“Rather than being just a photographer, in Orvieto I found myself becoming a comedian, entertainer, comforter, and happy complimentor. I enjoy watching people smiling and just ‘being themselves,’ no posing but being true and transparent–just as God sees them. As I look through my viewfinder, I don’t just capture the outer appearance but I am able to look into each individual’s eyes to capture what’s behind that shell. I’m entering with Christ’s blessing–seeing each individual with a camera, but capturing what God has allowed me to see with my heart.”

At first it was a little jarring with different cuisine on the table, English being spoken, and joining all my “Italy” friends in a context other than getting on a bus bound for Assisi or Siena—but it didn’t take long for the flow of conversation to resume.

No Italian food on that night, though! Judy Peace’s famous chicken curry anchored a menu surrounded by a mountain of side dishes provided by everyone else—five different types of salads, spinach dip, breads, and several traditional Korean side dishes. And what Italian reunion would be complete without a celebratory glass of wine? It was a familiar experience to pile our plates high with delicious food and scatter to smaller groups on the patio, in the living room, and wherever else we could enjoy both food and company.

As I looked around, I was reminded of the many nights we gathered, ate, and shared life together in an idyllic setting on top of a volcanic butte in southwestern Umbria. It seemed like a dream: balmy late night hours over gelato or cappuccino where we shared stories, talked about theology and art, and laughed until it hurt. I realized that those evenings and this one shared the most significant characteristic: Even months after the most amazing trip of my life, it was the people right there a few miles from my home that I remembered and cherished most.

Over coffee, a slice of amazing cake or flan from classmates Lisa and J.D., and a scoop of gelato, we gathered together in a big circle—much like we did as we prayed the hours in the monastery that hosted us in Italy, chanting psalms together and praying for each other. This time, we shared stories of what we’ve been doing since Italy. I listened to updates from Scott, who was now doing his CPE (Clinical Pastoral Education) as well as a working with a prison ministry, or Richard, whose amazing photos of our trip had been on display in the library, or of Davin and Janie, who started dating while in Orvieto and were still together.

I felt honored to be a part of their lives, celebrating their achievements and walking with them through hard times. I used to think that what I liked most about our trip was the fact that I was in Italy, or the art and culture that I witnessed there. But what stuck with me and continues to bring me joy is the memories of the people.

This article was originally published in October 2013. 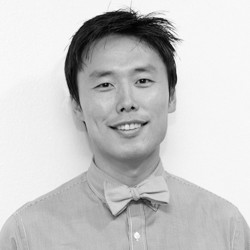 Richard [MDiv ’13] is a professional photographer whose passion is to tell stories that matter. 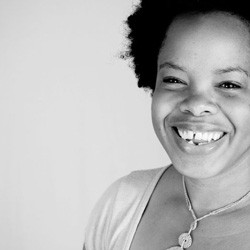 Tamisha [MDiv '14] is an Events Administrator at Fuller. As an academic and theologian, she aspires to connect the arts and theological education in a way that inspires artists and awakens the church.