In 1963, Bob Dylan’s song “The Times They Are a’Changing” would help galvanize a generation seeking to break free from the constraints, values, and ideals of their parents and grandparents, and would cement his reputation as the “voice of a generation.” In 2000, Dylan won an Oscar for the song “Things Have Changed,” written for the movie Wonder Boys. The songs have little in common apart from their author; the former is a socio-cultural observation about the changing tides of life, the latter a much more personal song about life and romance. But the songs frame a significant time in Western cultural life and highlight the momentous times we have lived in—times were changing, but now they’ve changed.

I could characterize my own theological journey by invoking the titles of those Dylan songs. When I first came to Fuller it was because things were changing and I really wanted to explore what was going on, in my own life, but also with lots of people around me, both inside and outside church.

A brief confession: much as songwriter Nick Cave picked up the Gospel of Mark because “it was short,” I found my way to Fuller because “it was close.” I was living in Los Angeles, and was not looking for an academic degree, or ministry legitimization as I was already up to my ears in church; but I did want to explore some of the questions and issues that were arising. So I looked around for someplace close by, and Fuller didn’t seem as uptight as some of the other places I looked at.

I was really fortunate because I arrived at Fuller at a time when many professors (notably Wilbert Shenk, Eddie Gibbs, and later Rob Johnston) were working in entirely different environments, and yet were all sensing seismic shifts in the culture. They embraced me with open arms and encouraged my questions, even though half the time they had no idea what I was talking about! The moral? Sometimes it is the little decisions that truly make the difference in our lives.

Anyway, back to Dylan. I was concerned that society was shifting dramatically, that the times truly were a-changing, and that, for the most part, the church was paying scant attention. My own experiences were telling me that—more and more people around me were exploring spirituality and giving the church an incredibly wide berth while they did so. It seemed anything but Christianity was worth a look (of course, there were any number of reasons for this—some legitimate and some not so much). More troubling was that a great many in the church refused to face that reality, using any number of elaborate theological postures to ignore the fact that for many people in our day, organized religion, or religion organized in certain ways, didn’t work for them. So here I was, unable to get my friends to take a serious look at what the church had to offer.

Art that Expresses the Inexpressible

Controversial Russian poet and playwright Vladimir Mayakovsky is said to have championed the idea that art is not a mirror with which to reflect society, but a “hammer with which to shape it.” Artists are often catalysts for social change born of unrest and suffering, and the history of the world would be incomplete without a recounting of their contributions—whether the artist intended change or not.

In contemporary American life, Bob Dylan’s name is nearly synonymous with a chronicle of social unrest through popular music. Inspired by folk singers such as Woody Guthrie, Hank Williams, and Robert Johnson, Dylan—born Robert Allen Zimmerman—is an American singer-songwriter, poet, and painter who has been influential in American popular culture for an astonishing five decades. Much of his most piercing work dates from the 1960s, during which time many of his songs became anthems for the U.S. civil rights and anti-war movements. Those songs include “The Times They Are a-Changin’” which warned mothers and fathers not to criticize “what you can’t understand,” and informed them that their sons and daughters were already “beyond your command.” Forty years later, in 2000, Dylan wrote the award-winning song “Things Have Changed” for the movie Wonder Boys, reflecting the frame of mind of its world-weary protagonist, Professor Grady Tripp. In the song, Dylan voices the mind of a person “just passing through,” who confesses that “I used to care, but things have changed.”

Walter Brueggemann, in his book The Prophetic Imagination, says, “The task of prophetic imagination is to cut through the numbness, to penetrate the self-deception” of a broken society. He suggests that the prophet who is charged with this task—willingly or no—must do three things: offer symbols adequate to confront denial; express fears that have been so long-denied that they are no longer recognized; and to speak “neither in rage nor with cheap grace, but with the candor born of anguish and passion.” Often it’s artists who are burdened with the expression of groanings “too deep for words” where the Spirit intercedes. That “in-spiration” makes it possible for the ineffable to be told by a storyteller, for the impossible holiness of God to be captured in bronze by a sculptor, and even for “joy unspeakable” to be sung by a Jewish boy from Duluth, Minnesota.

But it wasn’t just people outside the church who were dissatisfied, it was insiders too—people who had made life choices about faith, were attending church, and seeking to live meaningful lives for God, yet church/Christianity wasn’t working for them either because it all seemed so disconnected from real life. That was what I came to Fuller seeking to address.

When I arrived at Fuller, there wasn’t much going on exploring the interface between faith and culture—Rob Banks and Rob Johnston were just beginning to explore community and using film as an entry point, and Wilbert Shenk, a Mennonite missionary, was just starting to invoke the dreaded “p” word—yes, it was a Mennonite who took seriously the potential and provocation of the postmodern turn. There were a few things going on outside of Fuller, but, without being too sweepingly general, they tended toward the negative when it came to cultural engagement. In fact, it wasn’t really engagement, it was critique—a necessary thing, but perhaps not the best thing to lead with, and not that helpful to me.

The thing about cultural change is that it occurs whether we want it to or not, and we have lived through one of the most changeable times in human history. (I recognize that others will disagree or will have a different spin on all of this, but they aren’t writing this article, so I won’t defend my experience or opinion on this matter.) When I first came to Fuller things were changing whether we liked it or not, and luckily for me there were people who were sensing the moment and were willing to take risks with me as I railed and thrashed and wrestled with how to make sense of all the disconnects I was feeling. Thus began my theological journey at Fuller.

Those changing times have given way to changed times. It is hard to imagine how much the world has changed in between the time Dylan wrote those two songs. There is so much—global warming, racial and ethnic tensions, fundamentalisms, urban decay, urban renewal, corporate greed, crashing world markets, Arab springs, digital revolutions, AIDS, moral collapse, spiritual renewal, hopeless youth—it’s hard to find an area of life that hasn’t been affected. The writer Douglas Rushkoff says that we are all immigrants in the new territory of the twenty-first century, and that without having “moved an inch, we have, nonetheless, traveled further than any generation in history.”

Those changes and this “new territory” have framed my theological life at Fuller. More and more students have appeared, armed with similar questions and struggles, and slowly the tide has turned. Now, its fairly uncommon to find a theological environment that doesn’t take culture seriously—films, art, music, fashion, every aspect of life has been brought back into the theological gaze and is ripe for engagement.

I still have lots of questions—some of them I carry from my earliest days here at Fuller, others I have picked up along the way. I still wrestle, rail, and hiss at times, and I still live with dichotomies and tensions, but what I have learned is that this is the theological journey—it’s about fluidity and flexibility, about changing and being changed—and as we all know, change doesn’t come easy. 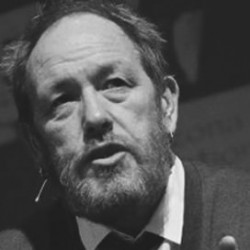