While African American women represent an estimated 66–88 percent majority (Barnes, 2006) in African American churches, men still tend to hold most of the leadership roles. The greatest disparity in women’s leadership is in the pastoral role, specifically the senior pastor. Despite these challenges, women are being ordained and appointed as pastors and bishops at increasing rates. The appointment of Bishop Vashti Murphy McKenzie in 2000 as the first woman bishop of the African Methodist Episcopal Church was an important step toward gender inclusivity.

Although women continue to lead in traditional areas in church leadership and more women are being appointed to pastoral leadership, insights from the broader literature on female leadership may be helpful in elucidating factors that may delay this progress. Cook and Glass (2014) noted that when women are given leadership opportunities, they may face the challenge of a “glass cliff”: leading a poorly performing organization that may be on the brink of failure. There is some support for this perspective; some women pastors may be assigned to churches that are facing inordinate challenges, and these pastors may not receive comparable support, financially and organizationally (Barnes, 2006). In addition, theologian Katie Cannon notes that while the increasing number of women leaders is encouraging, this sometimes results in more barriers and increased expressions of sexism. This resistance to women’s leadership is expressed not only by men, but also by women.

In a national sample of 1,863 African American churches across seven denominations, Barnes (2006) found denominational differences in openness to women clergy: Baptist denominations, followed by Churches of God in Christ, are the least likely to support women clergy. A subsample was interviewed to clarify factors that influenced openness to women clergy. There were two major themes. One entailed indirect opposition that reflected a glass ceiling effect: women were supported as pastors, but not senior pastors. The second entailed opposition based on theology, doctrine, or tradition. These findings highlight progress as well as challenges.

One important approach to addressing these challenges might build on Barnes’s research. It might be helpful to identify the specific ideological positions—based on theology, doctrine, or church tradition—that are barriers for women’s leadership. Discussions that address the intellectual and relational issues surrounding these concerns may be helpful and clarifying. African American women scholars and pastors have contributed to a deeper articulation of Black liberation and Womanist theologies. Seminary graduates have added more gender-inclusive theological voices to this discourse, including male colleagues who have been invaluable allies. Ongoing discussions and challenges to the status quo are critical in fostering a more informed dialogue that includes a consideration of the role of sexism in matters of social justice in the African American church (Barnes, 2006).

Our leadership theories have shifted from the ideal of a white male authoritative leader to more diverse, team-oriented, emotionally intelligent, and transformational leadership orientations. These approaches are more consistent with a traditionally feminine leadership style that is more collaborative. In the African American church, the traditional authoritative male leadership may still be present, but I am encouraged that some of these leaders are recognizing a need to shift to a more collaborative style. Some of these shifts are occurring due to courageous female leaders as well as male pastoral staff who are more gender inclusive. Churches that are drawing on and informed by the strengths and gifts of their diverse leaders have a greater likelihood of fulfilling God’s call.

African American women have played and are playing a powerful role in the survival of the African American church. The needs of families, including specific outreach to children, adolescents, and couples, have been responded to more fully because of women’s leadership. We have been challenged to examine more carefully the Scriptures to clarify God’s intent regarding male and female roles and distinguish the influence of tradition from Scripture. Women’s leadership has also been helpful in deepening our appreciation of the feminine nature of God. Just as is the case for all leaders, not all examples of women leadership have been helpful. Women leaders who are free to lead out of their calling, creativity, intuition, femininity, comfort with their own power, and sensitivity to the power of the Holy Spirit have been the most helpful models for me.

I am encouraged by the increased presence of women leaders in the African American church. I would want to encourage more research to identify in more depth some of the underlying concerns related to women’s leadership. Surfacing, articulating, and addressing these concerns would be an important step in the process of reexamining these positions in light of a changing local and global reality. 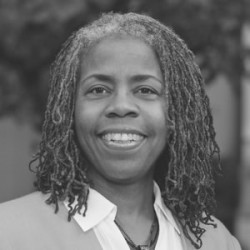 Alexis Abernethy has served at Fuller as professor of psychology since 1998 and has served on the Brehm Center’s steering committee.