This holiday season, Disney’s adaptation of the beloved ballet classic, The Nutcracker, is a gigantic, overwhelmingly wrapped, empty box under the tree. The Nutcracker and the Four Realms is purely a constant, and at times dizzying, flurry of visually ornate whimsy.

The opening sequence sets the bigger than life, wide angle, intricate CGI tone of the film. There is something competing for your attention on every part of the screen. Everything visual about the film is extravagantly overt. While costume design is whimsically reminiscent of the latest live action reproductions of the classics like Beauty and the Beast and Cinderella, art direction goes the route of Alice in Wonderland CGI overload. Yet, in this attempt to recall and re-produce the spectacle of the classic, Disney fails to develop story and characters.

The story line follows the basic plot points of the ballet. The young heroine, Clara, finds herself in a magical adventure in an alternate world where toys come to life. In The Nutcracker and the Four Realms, Clara teams up with a Nutcracker soldier to save the realms of the magical world from being overtaken by a disgruntled sugary fiend. Of course, in the end the realms are saved. This alternate magical extravaganza takes over what could have been a deeper story. In antiquated Disney fashion, Clara’s mother has passed. Clara and her father are largely portrayed as being in the process of grieving, each not understanding each other and their own grief. If the narrative had focused more honestly on the human relationships and the process of loss this could have been a better film.

Perhaps as problematic as the lack of story development is the overload of contrived diversity in casting. With such a Euro-contextual period story, this type of diversity casting produces a cultural dissonance that manages to both intensify the disconnect and gloss over the cultural realities of the cast. Executive Producer Sara Smith told the Hollywood Reporter, “We want the movie to look like the world today. We don’t want to be living in the past, we want to be part of the present and the future and that’s our world, so we were very considerate about that, I think. We have an amazing cast as a result.” Unfortunately, the cast can only do so much with the script they are given, no matter how amazing.

Representation is not simply about casting racially and culturally diverse actors to have them portray essentially western characters. It is about telling culturally diverse stories. Retelling European classics and perpetuating narrative arcs like the dead, queen-mother and dysfunctional, widowed-father feels a lot like the past. Differences in skin tone can’t change that. Perhaps it’s time to stop going for the low hanging fruit, and write new classics that are engagingly representative of the diversity of cultures which have always been part of the world.

The way in which The Nutcracker and the Four Realms fails to do justice to the ballet classic, break-out and prove itself as a film, and be culturally corrective is truly extraordinary. Do yourself a favor and watch the ballet instead. But, if you find yourself heading to the theater to watch The Nutcracker and the Four Realms, there is something to look forward to. Namely, Misty Copeland, whose performance is captivating. She makes the closing credits sequence one of the most beautiful and memorable I have seen. 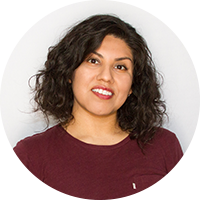