Retirement is a precarious perch from which to view one’s calling. Calling looks ahead; retirement tempts one to look over one’s shoulder at the exit one has just taken. Yet if it is true that rumination is the stuff of later life, then reflection on one’s calling at the end of a career, though odd, might be a gift to one about to retire. So, here are ruminations about my sense of call.

What drew me to seminary was not what drove me in seminary. The precocious child of a pastor, I tried to preach at a young age, copying what was heard in church and fitting into the expectations of the influencers at home, in high school, and later, in the philosophy and religion department of my college. I went to seminary as a preacher’s son who was continuing along a path that key witnesses to my childhood and adolescence expected me to walk. Calling was wrapped in my community’s expectations of who I should become.

What drove me in seminary was different. I entered seminary without knowing what to do with the budding awareness, begun in college, that things were not right with the world and that I should get involved in changing what was wrong. Attending Martin Luther King’s funeral in 1968 pushed me to consider the disparities between rich and poor, blacks and whites, the lot of the marginalized, and the terrible toll of the Vietnam War. How should I fit this wine into the wineskins of ministry I brought from home? A desire to integrate a commitment to the fight for justice with my understanding of ministry and a yearning to understand my own psyche required differentiation from my inherited images of ministry and made for a restless journey through seminary and graduate school.

Luke’s presentation of Jesus’ understanding of his purpose­—“To preach good tidings to the poor, to bind up the broken hearted and to set at liberty the captives”—captivated me. How was I to show God’s mercy and justice to the poor? How was ministry to be an expression of the liberating move of God among marginalized people? I began to act on the belief that ministry meant working for the poor and seeking reconciliation for the bruised and broken. In seminary and graduate school I worked with neighborhood programs, tutoring programs, and programs for juvenile offenders while doing time as assistant or associate pastor and even an occasional interim pastor.

Clinical psychology gave me a window into my own psyche and developed specific skills I needed to help troubled people. Working for justice and showing God’s mercy were the twin streams that fed my inner sense of calling. Understanding of the inner life and transforming pain and conflict into self-acceptance and harmonious relationships felt consistent with my gifts and my sense of what I was called to do.

How then must I label this hybrid, misshapen career? Is there coherence in the disparate activities of shaping the minds and sensibilities of psychology students, relieving the suffering of troubled people, and creating a culture of compassion and critique in a school of psychology while occasionally preaching in a little church in northwest Pasadena? My desire is that my work and that of our graduates show God’s unending and unmerited mercy to broken people. It is my hope and prayer that I will have strength to work for justice and share God’s mercy through my remaining days.

The yearning of the heart and the examples and expectations that shape the first steps toward vocation often change as one learns about oneself and examines the influence of father and mother on the choices of one’s early life. Authenticity may demand a rehashing of the reasons for early choices and the fire of internal conflict may crystallize the specific strengths that, when honed and properly developed, will serve an area of the kingdom for which a young person is uniquely suited. Our programs of formation for kingdom vocation should create space for an encounter between the early shaping moments of a call and the later times when such early certainties are tested against the world as one comes to know it and the self one understands oneself to be. 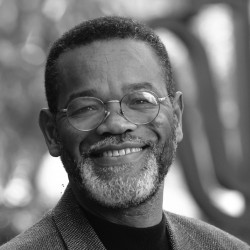 Winston Gooden is Dean Emeritus and Evelyn and Frank Freed Professor Emeritus of Psychotherapy and Spirituality in Fuller's School of Psychology.