In the past decade, attention to the impact of spirituality and religion on physical and mental health has increased dramatically. Once a forgotten factor, religion is now recognized as a salient clinical variable, and the chasm that once separated psychological science from religion narrows. Recent theoretical and empirical investigations are forging a multilevel interdisciplinary paradigm1 that will better grasp the essence of religion and spirituality, and account for their vitality in the life of the individual and the culture. This scholarship reveals religion and spirituality as categories of human experience that resist reductionism and highlight the capacity of each person’s faith to make life meaningful.

The majority of Americans value religion, and most express a yearning for spiritual growth.2 Sixty-eight percent describe themselves as “spiritually committed,” and 85% of respondents to a 2002 Gallup poll said that faith gives meaning and purpose to their lives.3 Beyond this, psychologists have found that spiritual beliefs, practices, and traditions contribute significantly to a client’s worldview,4 thereby establishing meaning for the joys, sufferings, challenges, and epiphanies of life. Park concludes, “The influence of religion on global beliefs is far-reaching. When religion is incorporated into people’s global meaning systems, their understanding of God or of the divine (e.g., as loving and benevolent, as wrathful) are connected to beliefs about the nature of people (e.g., inherent goodness, made in God’s image, sinful human nature), of the self (e.g., as unworthy of God, as chosen), and of this world (e.g., coming apocalypse, the illusory nature of reality) as well as, perhaps, the next (e.g., heaven, reincarnation) (McIntosh, 1995; Silberman, 2005).”5 No wonder religion figures prominently in interpretations made about life experience and, when needed, serves as a potent source of psychological coping.6 Further, although the preponderance of empirical evidence finds positive associations between religious beliefs and practices and mental health (including less substance abuse and depression, and greater hope and optimism,)7 studies also show potential harmful consequences of religious involvement, such as when individuals have an unsure relationship with God or experience strain within their faith community.8

A client’s faith cannot be ignored; however, addressing spirituality within psychotherapy may pose challenges as well as provide avenues for support and intervention. The spiritually sensitive clinician may grasp the importance of religion and spirituality, yet feel unprepared to ethically address them due to a lack of graduate education9 and clinical literature10 on the subjects. While important strides are being made in the conception of ethical approaches to addressing religious and spiritual issues in psychotherapy,11 and empirical research is establishing efficacy in religious-accommodative psychotherapy,12 much remains to be accomplished.13 Although a comprehensive discussion of models of assessment and intervention is beyond the scope of this essay, it may be useful to present broad contexts in which religion and spirituality emerge as integral to the psychotherapeutic process.

Religion and Spirituality within Psychotherapy

Spirituality As a Resource in Psychotherapy

In facing psychological hardship, people often seek consultation to alleviate suffering and bolster coping resources. Sometimes an otherwise healthy individual’s ability to sustain hope in the face of adversity is tested, and the client reaches out for support and encouragement. Religion may be summoned to forge a sense of coherence and provide enhanced coping. An initial task in psychotherapy may be to identify the beliefs, values, and practices involved in the patient’s spirituality that encourage psychological adjustment, particularly when religion is well integrated within the individual’s orienting system.15

The clinician must also be mindful of red flags that point to negative religious coping (e.g., “God has abandoned me”); disappointment, anger, and distrust of God; difficulties in the exercise of life-supporting religious practices due to strain within the congregation; or clinically significant religious impairment caused by the effects of disabling depression or anxiety.16 Clinicians are uniquely poised to assist clients in reconnecting with religious sources of coping that were proven viable in previous moments, or to find growth in their struggles, leading to adjustment.17

Conservation and Transformation of Spirituality in Psychotherapy

When tested beyond the limits of their faith, clients may experience great peril and seek psychotherapy as a means to consolidate global meaning. Unlike the previous context in which religious sources of coping were readily accessible and well integrated within a purpose-filled orientation, this clinical setting involves overwhelming strain, which may tear at the ontological fabric of meaning. For these clients, “the psychological symptoms of anxiety, depression, hopelessness and despair cannot be separated from the existential and spiritual conflicts that have been activated by the present life circumstance.”18 Treatment must focus on issues of faith and trust.

Psychotherapy, in this context, provides a process by which the ends and means of spirituality are either conserved or transformed. When the strands of existing faith serve consolidating functions, clinicians should help clients conserve and reconstitute those beliefs and practices that had previously supported psychological adjustment, including healthy self-regulation.19 When faith has been lost, therapy may be the place where emergent faith can take root. “Spiritually oriented psychotherapy may provide a context in which the patient may preserve, revaluate, reconstruct or re-create the foundation of his or her faith perspective in the service of conserving or transforming a coherence of meaning, essential to psychological coping and return to psychological health.”20

In this context, psychotherapists must be vigilant to refrain from imposing their worldviews on their clients (under the pressure of countertransference). It is also important to consider the role of collaboration, consultation, and referral to clergy, rabbis, and other religious leaders whose expertise is uniquely situated within the religious setting, who might serve to address the spiritual needs of the client. Further, psychotherapy must not lose sight of its limitations or its expressed purpose to advance psychological health in contrast to spiritual direction or pastoral counseling.

The Spiritual Quest in Psychotherapy

For some clients, psychotherapy is sought to address a persistent sense of ennui, meaninglessness, or uncertainty, which is distinct from the crisis-inspired collapse of meaning previously described. A process of spiritual reflection ensues, which parallels explorations of explicitly psychological experiences. “These are clients who come to us not prompted by challenges or psychological conflicts that imperil their senses of self and well being, but seek psychotherapy in an attempt to find a spiritual dwelling of purpose and meaning, a home, a respite from a more chronic spiritual malaise.”21

These clients have turned away from the scaffolding provided by traditional institutions and are involved in what Wuthnow named “a spirituality of seeking.”22 They are likely among the 54% of Americans who agreed “that churches and synagogues have lost the real spiritual part of religion.”23 Psychotherapists may essentially serve as “secular priests,” in the words of Perry London,24 and treatment may reflect “the triumph of the therapeutic.”25 Clinicians are challenged to reflect upon their role and competence in facilitating processes, that straddle the boundary of psychotherapy and spiritual direction and consultation. It is in this specific context that further scholarship is required to fully consider the appropriate role and training of psychologists and other mental health professionals.

An Invitation Rather than a Conclusion

This essay comes to an end without a definitive conclusion, as a number of important professional issues remain to be resolved, such as those issues related to scope of practice, requisite training, evidence-based practices, models of collaboration and consultation, assessment of competence, etc. That religion and spirituality are variables relevant to mental health is well established (and should not be forgotten); however, the complexity of their influence is only beginning to be more fully appreciated and an open invitation exists to contribute to this emerging domain of knowledge. 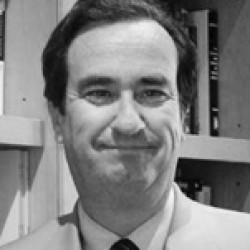 Edward Shafranske (PhD) is professor and director of the doctoral program in clinical psychology at Pepperdine University. A well-known contributor to the psychology of religion, Shafranske served as editor of “Religion and the Clinical Practice of Psychology,” coeditor of “Spiritually Oriented Psychotherapy,” and two terms as president of the American Psychological Association’s (APA) Division 36. He was recipient of the APA Division 36 William Bier Award and Distinguished Service Award. He is coauthor of ”The Practice of Clinical Supervision: A Competency-based Approach.”