Making an argument for the legitimate importance of the performance aspect of preaching involves taking account of the sort of thing “preaching” is and the sort of truth it purports to convey. No one seriously denies that preaching is fundamentally an oral activity involving speaking to a particular group of people. While it may be unfair to count all printed sermons as mere corpses—many of us will have been deeply moved by classic sermons we have read—it still holds that many gripping proclamations of God’s word for a particular time and place translate badly if at all into written form. We also know that preaching has traditionally been understood specifically to involve proclamation of the truth of the gospel, truth of life-and-death importance both for coming to faith in Christ in the first place and for growing in grace. One doesn’t stand in a pulpit and just say whatever comes to mind; one is responsible for a fundamental sort of content that may be truly or falsely conceived and well or badly communicated. Furthermore, however much we may already know of this gospel truth, many of us can testify that at critical points we have found ourselves unable effectively to tell ourselves the truth that we “know” in our heads, but have needed to hear it from another. As a kindergartner torn between divorcing parents begged as she climbed into her teacher’s lap, “Tell me again that Jesus loves me. I keep forgetting.” Faith comes by hearing, said the apostle Paul (Rom. 10:17). The spoken word has power to enter into us in a peculiarly pressing way. All of this is surely related to the fact that the truth conveyed by proclamation is not a merely propositional matter, as if one could enshrine a series of life-giving principles far above the vicissitudes of time, space, culture, and present crises. Rather, the mysterious importance of hearing has to do both with the nature of sound itself, and with fitting personal address in what may at least sometimes be a highly particular context.

Precisely because of the Incarnate One who identified himself as the Truth, Dietrich Bonhoeffer, in a provocative essay unfinished at the time of his death (but appended to his Ethics), argued that truth and truth-telling are relational in their essence, part of a total reality seeking expression, and that for a word to be “true,” it must first of all fit the relational requirements of a particular encounter. One might think here of certain biblical propositions, like those commanding slaves to be subject to their masters, that are true when they are addressed to slaves as a way of affirming their full human agency in a constraining situation, but false when used as a tool by masters to deny that same full human agency: to whom or by whom the statement is made is critical to its truth value (this is my example, not Bonhoeffer’s).

. . . An argument of this kind, which implies that not only do propositions fail fully to capture the essence of the truth but may sometimes in the most important senses falsify it even if making factually accurate claims, must not be confused with a sort of postmodern affirmation that “true” means “true for me, from my perspective.” The point is a quite different one, namely, that we rightly speak of truth only when the whole context is properly taken into account and ordered, including, in Bonhoeffer’s analysis, what entitles or causes one to speak, one’s own location, and that about which one makes some assertion (this last component makes clear that one cannot claim truthfulness if one has lied merely to smooth over a difficult situation or to make someone feel good). For the preacher, these elements involve at the very least the authority of the God to whom one must first and foremost seek to be rightly related, who one is as a person related to other persons in a particular cultural setting, and the biblical text as one interprets and applies it. This, then, is a very demanding set of criteria for truth. And it is important to note that it implicitly requires including whatever bears upon our interpersonal relationships, including the formal and presentational shape of our sermons.

But—even granting that matters involving presentation are intrinsic to our actual experience of what someone says—is there something about deliberate attention to performance that essentially betrays the truth, perhaps by shaping a purpose that substitutes the workings of human psychology for the work of the Holy Spirit? Or is there a fatally compromising loss of immediacy, as if one were thinking merely of the excellence of one’s technique instead of one’s beloved while making love? More about the immediacy question elsewhere. For now, I simply note that the question of thinking about technique is a form of the old question of the use of means in the proclamation of the gospel. An entirely traditional view is that God in his providence ordains the means along with the end. Thus, while we know that God knows our needs fully, he nonetheless invites us to bring them to him in prayer (e.g., Mt. 6:8–13). That God gives the increase does not mean that it is unnecessary that one plant and another water (1 Cor. 3:6–8), and so on. Preaching is itself a means: we are informed that “God decided, through the foolishness of our proclamation, to save those who believe” (1 Cor. 1:21). He could have accomplished his ends another way, perhaps without making use of us at all. The proper question, then, is not whether or not means are used, but whether the means have integrity and are suitable to the ends. 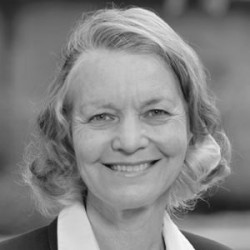