When Katherine Butler [MAT ’09] enters her lab as a theologically trained microbiologist at the Centers for Disease Control (CDC) in Atlanta, Georgia, she knows that her day will be a mixture of meetings, research, writing, and laboratory oversight. For her, there is nothing routine or inconsequential about the work trying to alleviate the suffering caused by one of the most devastating diseases on planet Earth. Her goal is ambitious: find ways to prevent the spread of HIV/AIDs in the United States.

Katherine grew up recognizing that the world was large, diverse, and complex. Her father’s travels with the United States Navy took Katherine and her mother to Washington, California, Japan, and Virginia. Katherine’s mother led her to faith in Jesus while the family was stationed in California, preparing for their move to Japan. Raised and nurtured as a Pentecostal, Katherine’s mother was deeply devoted to Christ and saw to it that her daughter was immersed in the life of the church. Katherine found joy in that immersion, and would always search out a local church in the variety of places she would call home throughout her life.

A passion for science gripped Katherine at an early age. She loved animals, but more than the way kids might love a pet dog or a cat or an iguana. She wanted to care for them and heal them when they hurt, and her early ambition was to become a veterinarian. In high school she took Advanced Placement courses in science and then later entered college as a biology major. She graduated from Hampton University in Virginia, where she received a coveted MARC (Minority Access to Research Careers) scholarship. In her junior year at Hampton, Katherine discovered her love for research and realized that her future might be in the laboratory rather than in the veterinary examination room. She knew that graduate school was a given and looked forward to this next important step in her journey toward a career in science. After receiving several offers, she chose a program at the University of Wisconsin, Madison, to study for a master’s degree and PhD in the areas of medical microbiology.

A commitment to her faith did not waver for Katherine during her studies, but it did create a personal crisis as she wrestled with a question that has plagued many: What does faith have to do with science?

Some would have said, nothing.

Her academic advisor at the University of Wisconsin responded with insight and sensitivity to Katherine’s outpouring of uncertainty and confusion. The advisor suggested that Katherine consider a break from her program to invest her energies into the area that was burning in her heart: theological studies. Katherine decided to complete the work for her master’s degree and turn her attention toward theology.

The idea of pursuing graduate studies in theology blossomed for Katherine, and she felt that being trained and equipped for teaching and writing was important. She knew that she wanted to study in a place that was academically rigorous and non-denominational, held women in high regard, and encouraged the pursuit of a variety of vocations where one’s call might be expressed. Her desires narrowed the field of her options considerably. She chose Fuller, and the campus she desired was in California, the place where she first came to faith in Christ. It seemed to her a spiritual homecoming.

As she began her coursework at Fuller, Katherine looked for connections between theology and science. During her Christian Ethics course with Professor Glen Stassen, she saw how her theological studies were helping her to think deeply about world issues like the need for clean water, industrial impacts on the environment, and the effects of infectious disease on human beings. She also received mentorship and support from her Systematic Theology professor, Eve Tibbs, who encouraged her to navigate the professional world courageously as a Christian, a woman, a theologian, and a scientist. These deposits in Katherine’s life helped to form her heart as well as her mind.

As she approached the completion her Master of Arts in Theology degree, Katherine began thinking about her next step in life. Relocating near her family was good reason to move to the Atlanta, Georgia area, but there was another: Atlanta was the home of the Centers for Disease Control. As soon as she finished her time at Fuller, she made her way east and applied to the CDC. Soon a white lab coat became her daily uniform and she found herself working at one of the most significant scientific institutions in the world.

Laboratory work can seem more focused on petri dishes and test tubes than on people. But Katherine’s work in research and experimentation took on a new depth when she attended scientific conferences and heard the devastating stories told by people suffering from AIDS—people, she realized, who were loved by God and created in his image. The challenge for Katherine was to look beyond the behaviors that fostered the spread of HIV/AIDS in the United States and to compassionately help people to order their lives in new ways.

For the last four years Katherine has also been teaching evening classes at Georgia Perimeter College in Decatur, Georgia, working with adult students who desire vocations as medical professionals. She listens to the stories of their lives, looking for what she calls “points of grace”—moments when God is at work in surprising ways. Katherine has discovered that ministry has emerged naturally in that environment as she listens to her students, encouraging them in their journeys and praying for them. Her students, many of whom are women, have found it easy to share their lives with her. Some have endured significant pain and hardship and are hoping to find a fresh start in life. No matter their stories, Katherine listens and offers the kind of support and encouragement that she has received in her own journey.

Katherine dreams that one day her work in HIV/AIDS prevention will take her to Sub-Saharan Africa. Her work and ministry in the United States has opened her heart to the women and children whose lives have been shattered by disease. It isn’t career ambition that drives her; she finds motivation in the recognition that her work is participation in God’s redeeming work in the world.

Katherine keeps a printed quotation on her desk at work. It’s attributed to Albert Einstein: “Most people say that it is the intellect which makes a great scientist. They are wrong: it is character.” Character, Katherine has learned, comes from the heart of God. 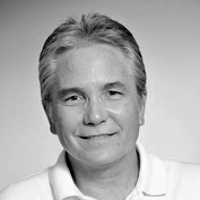 Mike McNichols is the director of Fuller’s Regional Campus in Orange County, California, and a prolific novelist. 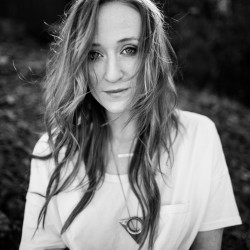 is a Texas-born and Atlanta-based photographer specializing in music and culture.