In an era of interfaith misunderstanding and apprehension, Fuller’s Global Christian Worship and Ethnomusicology program has recently conducted a 3-year research project entitled “Songs of Peace and Reconciliation among Muslims and Christians,” through the auspices of the Brehm Center and a generous grant from the Henry Luce foundation. Our project asked: “What is the contribution of music and the performing arts to peacemaking in the religiously diverse world of the 21st century?” Collaborating with 18 scholars from Lebanon, Egypt, Turkey, Libya, Malaysia, Indonesia, and the U.S., a key research finding was the unveiling of “hidden” leadership roles of musician-scholars for fostering interfaith dialogue and peacemaking. Our project sponsored concerts in Beirut and Yogyakarta that were based on local music-making and liturgical traditions. Let me set the stage with one concert that impacted all who were involved: The scene is April, 2009, Beirut—a city known as a Middle Eastern theater of national and interfaith conflicts that have repeatedly played out, including the infamous 15-year civil war (1975–1990) ascribed to peoples of differing faith traditions. Yet there they sat on the chapel stage: a Muslim sheik, a Christian Orthodox priest, and the Classical Arab Music Ensemble of Beirut. The instrumentalists included an Orthodox believer playing the Arab violin, a Lebanese qannun (Middle Eastern zither) player, and an Egyptian Muslim playing on the ‘ud (lute). High-level religious leaders from Muslim and Christian traditions graced the event with their presence on stage and further affirmed the significance of the occasion. In the audience of the Chapel of the Antonine University, Lebanese peoples from both Christian and Muslim communities filled the auditorium to overflow capacity while cameramen from TV stations prepared to capture significant musical moments. A hush fell upon the crowd as the Muslim sheik raised his voice to begin narrating the story of the Annunciation. With a great reverence for Mary practiced within the Islamic tradition as well as among Christians, Nidaa Abou-Mrad, the leader of the Classical Arab Music Ensemble, had conceptualized bringing together peoples of two faiths via a narrative common to both religious traditions. Additionally, as a musicological scholar Professor Abou-Mrad was highly cognizant of the common liturgical practice of recitation of the Scriptures, or cantillation, as practiced in the Middle East by all three Abrahamic faiths. The people listened deeply and with rapt attention to all that was proclaimed as both the sheik and the priest volleyed back and forth their musically oriented recitations drawing from the biblical Scriptures, the Qur’an, the Hadith, and ancient religious poetry.

As a Fuller professor and lead investigator of the research project, I found what happened next surprising and spiritually powerful. In a moment already laden with political and interfaith significance, the sheik sang the word injil (Arabic term for the gospel) and the whole audience rose to its feet in reverence. It did not stop there. Once again, as the Orthodox priest sang a parallel biblical passage announcing the injil, the audience rose to its feet out of respect for the gospel of Jesus. An ancient liturgical practice had unified the people together in a way unimaginable to those of us who are not insiders to the traditions. We had come to listen and to learn from local peoples living together in religiously diverse contexts and it had just happened. My colleague, Dr. Sooi Ling Tan, and I had stumbled into a “musical interfaith dialogue”—a result of committed musical leadership.

The Beirut concert was just the beginning of our findings. A year later, in Yogyakarta, Indonesia, we culminated our project with another concert, entitled “(un)Common Sounds,” at the French Cultural Center. This time a Muslim scholar especially composed a commissioned song in the Bahasa Indonesian language,

Midway in the song, Irwansyah invited Christian musician-scholars to join in. One sang, O Sacred Head Now Wounded, while another added O God, You are my God. Once again, spiritual significance hung in the air while everyone involved from musician to audience to theater workers processed what was happening in their midst, a mutuality of interfaith dialogue.

In all, we have seen music and related arts play critical roles in bringing together otherwise disenfranchised religious peoples. In the midst of such occasions, the “hidden” factor is the critical leadership roles of musicians, composers, ethnomusicologists, and musicologists who conceptualize, promote, and implement “musical interfaith dialogue” as a means to building bridges between Muslims and Christians. Blessed are the Musical Peacemakers.

For more on “Songs of Peace and Reconciliation,” see http://www.songsforpeaceproject.org/. 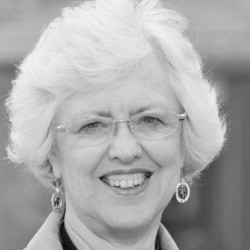