But there is another way, and since the beginning of simultaneous sound—the track on the side of the film strip from which the “soundtrack” gets its name—filmmakers have experimented with electronically produced scores. These scores are the ones made by few people with banks of computers and non-traditional instruments. Until recently, their work hasn’t been as lauded as their more classical contemporaries.

On this episode of the Reel Spirituality Podcast, Elijah Davidson is joined by Matt Lumpkin, electronic musician and film afficianado, to discuss the ins and outs, the beeps and boops, of electronic music and scoring. Matt recently released a new, full length album, which you can (and should) find out more about here.

Throughout the podcast, Matt and Elijah mention a host of material they used in their research for this episode. Links are below:

The apps Matt mentions using and uses on the episode are called Samplr and the iMini Mini Moog emulator.

Usually, our theme music is by Matt Lumpkin (aka Bendlock), but this week is was not. It was from Louis and Bebe Barron’s score for Forbidden Planet. The music at the end of the podcast is Matt Lumpkin’s “Beta” from his new album LP1, which, once again, you really ought to check out. 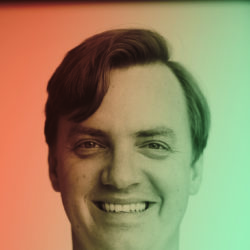