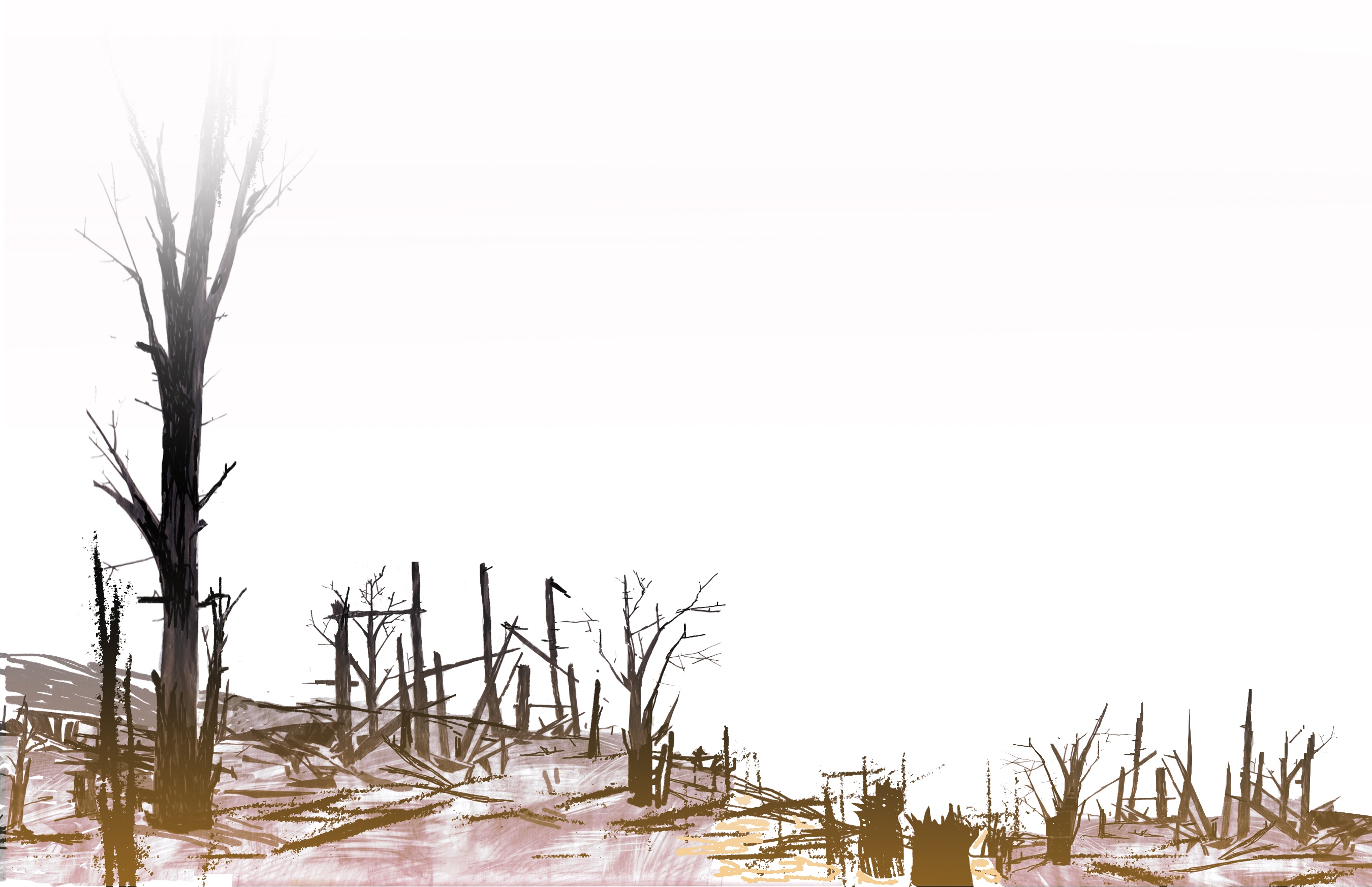 Besides birth and death, illness is the only experience that every human will encounter at one time or another. Whether it is the common cold, a progressive disease, or terminal cancer, we are confronted by the limitations of our physical existence, reminding us that we are mortal and that “from from dust we are and to dust we shall return” (Gen 3:19). Although health disparities exist and mortality rates among people of color and those with lower socioeconomic status are higher, in the end no one is exempt from illness and eventual death. And yet, in spite of this knowledge of our mortal existence, illness is considered to be one of the most disruptive events. Although illness cannot be compared in magnitude to the impact of events such as natural disasters or war, at the micro-level of individuals and the radius of family members and loved ones around them, the effects can be felt at a deep and profound level and, in effect, be life-changing.

The primary reason illness is so disruptive is because among the many losses that occur with it, the most significant is the loss of control—control of our health, control of how we engage in relationships, control of our ability to be productive in our work, control of our capacity to care for those who need us, and control of being able to determine our future. In most Western cultures, where priority is placed on self-efficacy and self-determinism, the unpredictable nature of illness and loss of control that ensues can result in fear, anxiety, and hopelessness about restoring a sense of normalcy and purpose. Furthermore, a person’s ability to find meaning in all that is happening becomes challenged, and it so often seems that the only way for a sense of normalcy to be restored is by eliminating the cause of disruption: that the illness be eradicated and all symptoms cease. In fact, this search for disease eradication and cure is at the heart of most clinical and research efforts within science and medicine. But what happens when the option for disease eradication does not exist? Can there still be healing?

THE CHRISTIAN RESPONSE AND THE PARADOX OF PEACE
The Christian narrative provides us with the answer—“Yes”—and a template for living into this story of healing in the context of no cure because it is not unlike the way we live with the hope of redemption amidst our sin. On this side of heaven, there is no cure for sin. We still suffer, we still experience pain, and we still grieve death. Christ’s death and resurrection did not eliminate sin on earth, and yet we believe in the promise for redemption that was made possible because of his resurrection. N. T. Wright writes, “The resurrection of Jesus is, for Paul, the prototype of the new creation.”1 His death is a substitution for our eternal death and, in his resurrection, we have hope for our own in becoming a new creation.

As we consider what this means for our lives, we can look to Christ’s resurrected yet wounded body as an emblem of our redemption narrative. Just as the wounds remained in his resurrected body, pain and suffering remain in the Christian’s life. But what Christ’s resurrection did was to purge all power from those wounds. As Erin Dufault-Hunter writes, “Taken into the body of the wounded yet triumphant Christ, our own abrasions—whatever their source, whatever their form—also become ways we are known honestly, nakedly, and without shame. For God so loved this wounded world, John claims, that he takes those wounds into himself and thus strips them of disgrace.”2 Thus, healing means we live not with fear of the pain that is of this world, but instead with the conviction that God’s love has authority over all pain and the power to redeem it.

To believe there can be healing when there is no cure is an important consideration when working with patients and their loved ones who are impacted by terminal or incurable chronic illness. With this belief, we acknowledge the multifaceted and interconnected nature of our human existence as biological, psychological, sociological, and spiritual beings. In the clinical world this is referred to as the biopsychosocial-spiritual perspective, and it informs the way medical family therapists (MedFTs) approach their work with clients affected by illness.

This perspective helps me, as a MedFT, remain attuned to the many ways people are affected by illness and, perhaps more importantly, it prompts me to consider the many ways healing can occur and that healing must not be limited to what happens in the body. Herein lies the crux of a new possibility: when we’ve reached a point of no repair with our physical health, there is still hope for renewal and healing in our psychological, relational, and spiritual health. Yet holding this belief is incredibly challenging, because the task of seeking hope where there is only promise of loss must be done in cautious balance with the acknowledgment of those losses.

HEALING WHILE DYING: A CLINICAL EXAMPLE
When I was pregnant with my first child I worked at a cancer support program, and one of the groups I facilitated was a couples’ support group. The couples in the group had two things in common: they were parents of young children, and one parent in each couple was diagnosed with cancer and had recently transitioned to the terminal stage. Someone, including myself, probably should have had the foresight to know how emotionally challenging it would be for a first-time mother-to-be to facilitate this group of young parents, where the prospects of survival were grim and most of the children who would survive them were under the age of five. As a MedFT I had encountered difficult clinical situations in my private practice, the hospital, and the cancer support program, where patients and their loved ones received a new diagnosis or were coming to terms with the news that nothing more could be done. I was confident that I possessed the skill set to meet the challenges and would be able to effectively manage my emotional reactions as I listened to and held these parents’ stories of pain, fear, and uncertainty. Yet I was not prepared.

There is a reason why illness-related parent groups are difficult to establish and even harder to sustain. Some of the reasons are matters of logistics, such as the need for childcare to allow both parents to participate in the group. But perhaps the most noteworthy reason is that, in spite of the known benefits of these groups, they serve as constant reminders that life isn’t going as planned. In this developmental life stage of families with young children and adolescents, one of the primary tasks of a parent is to provide a balance of protection, structure, predictability, adventure, and a consistent secure presence. Parental illness compromises these expectations and disrupts notions of a normal family life. Furthermore, when the threat of diminished capacity or death is real, this disruption impacts all dimensions of well-being—physical, spiritual, psychological, relational, and emotional. Thus, although as a professional I know how beneficial support groups can be, I understand why any parent would refuse to participate. It doesn’t always seem that the benefit of expressing feelings and understanding the psychosocial impact of illness outweighs the emotional exhaustion of processing the pain and uncertainties of illness.

To my surprise, the parent couples in my group were ready to talk and showed up with hard questions: “How do we talk to our children about death?” “How do we maintain normalcy for our children when nothing feels normal?” “How do we make sure the other parent doesn’t get burned out with all the extra tasks that are now on their plates?” “What does intimacy look like anymore?” “How do I feel about my spouse remarrying after I die?” “Will my children remember me after I die?” From such questions came honest and heartfelt conversations about loss, fear, pain, anger, confusion, regret, and anxiety.

But what also emerged were conversations about hope, purpose, and a desire to make things right. This was not a matter of simply trying to make the best of a difficult situation. Rather, in the face of death they sought healing for emotional wounds, relational injuries, and spiritual brokenness. They believed, and encouraged one another in this belief, that they could seek healing in their hearts and their relationships in spite of the fact that they could not be cured in their bodies. The terminal cancer became an impetus for their efforts to reconcile and heal their relationships and seek peace for themselves. Perhaps more importantly, their belief that they could seek healing was a way that they were no longer allowing the wounds of pending death to have power over them and their families and the remainder of their lives on earth.

Almost 15 years later, I still think about the members of that group and the courage they demonstrated as they navigated one of the most disruptive seasons of their lives. There were many tears and not everyone made it to the end of the program. Our sessions were not easy, but they were good. The couples were finding ways to have hope in the midst of loss and, particularly for the two couples who were Christians, they were beginning to see how God was in even this. Not all of the members of the group came to this conclusion, but some of them declared that “cancer is a gift.” By no means did this declaration diminish how heart- broken they were for their children at the prospect of growing up without a mother or a father, but they were making sure to live more fully with their children in the time that they had. All four of the patients had been battling cancer for a few years before they were told there was nothing more that could be done. In that time, they made video diaries and wrote letters to their children. They spent more quality time together, and they savored as much as they could. Would they exchange all of that for a life with their children? Probably. But that was not an option, and they eventually began to see the good that could come of their painful situation.

In fact, so many of the patients I have worked with have talked about illness (not always cancer) as a gift as they were confronted with their mortality, reevaluated their lives, and began to live differently. They no longer took the good things in life for granted and were less likely to tolerate the bad. They found many unexpected blessings in their “new normal” and were less likely to live with regret. I think my patients understand something that is fundamental to the Christian life. Living faithfully into the narrative as Christ’s people never means we are spared disruption and the suffering, pain, and loss that accompanies it. Our faith and our hope are found in the way we see God’s redemptive work in all things, including the disruptions and even death.

To believe that healing can come where there is no cure means we believe that God’s response to human suffering is not always to remove the suffering, but to redeem it. God is not required to operate within the limits of our humanity. Yet he sent his Son to be human and to bear human wounds for our human sins. I believe he allowed those wounds to remain in Christ so that, as we bear our own visible and invisible wounds of pain and death, life and love can pour out from them as they did from his. And so we don’t lose hope. In the words of 2 Corinthians 4:16, “Though outwardly we are wasting away, yet inwardly we are being renewed day by day.” 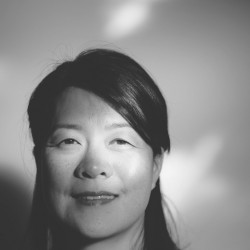