Quite frankly, University Baptist Church has never understood science and faith to be in conflict with one another. There is a widely held belief here that, to borrow the words of Albert Einstein, “science without religion is lame; religion without science is blind.” Additionally, we hold that there is neither need nor necessity to prove the existence of God. We believe and teach that God exists and that God is a good and loving creator, but belief is not proof in an empirical or scientific sense. On the reverse of that coin, there is no empirical or scientific proof that God does not exist. As believers in Christ and children of God, we hold the existence of God as a matter of faith that need not fear the knowledge and data that science contributes to our world.

Thus, when a member of our church council brought to us a request for proposals from Scientists in Congregations, an initiative of the John Templeton Foundation, we made application. We viewed the grant as an opportunity both to deepen and to broaden our connections with the Ohio State University, but also with other universities, colleges, and seminaries in the greater Columbus area.

Our proposal was to institute a regular series of seminars that would include a presenter who is a working scientist—either a teacher, a researcher, or a graduate student—along with a theological response that I would provide. Thus far, we have had seminars focus on evolution and natural selection, language development in apes, the importance of ecosystems, nanotechnology, the life of stars, plant-plant interactions in desert climates, hydraulic fracturing, and susceptibility to cancer. Participating scientists have chosen topics from their teaching or something of interest to them. The theological responses have touched on issues of creation, the authority of Scripture, the problem of evil, the nature of thought and language, and the interconnectedness of life in the universe, among others.

In a similar way, according to Barbour, when science and religion exist independently of one another, there can be no meaningful interaction, not because one is superior to or preferable to the other, but because they represent two completely autonomous spheres. Proponents of the independence of science and religion believe that neither science nor religion has anything to say that the other needs to hear.

The third mode of relationship Barbour describes is dialogue. Dialogue involves “indirect interactions . . . involving boundary questions and methods of the two fields.”2 Boundary questions arise on the outer edges of both religion and science and explore those edges for places and moments for learning, exploration, and growth. We see the opportunities for dialogue most clearly in the role of ethics in science and in the effects of scientific knowledge on religious doctrine and experience.

The final mode is integration. In this category, Barbour discerns three versions: natural theology, a theology of nature, and systematic synthesis. Natural theology is theology developed using human logic and reason. Proponents express their theology in cosmological arguments and teleological arguments. Cosmological arguments focus on the beginnings of the universe, positing a first cause, i.e., God as creator. Teleological arguments posit the existence of God based on the orderliness of the universe, and may include arguments from design. A theology of nature begins with religious experience and revelation and with the knowledge that we gain from science and then seeks to harmonize them. This requires some new thinking and new formulations of traditional religious doctrines. Systematic synthesis is a position in which proponents hold that science and religion both contribute to a coherent worldview. In a systematic synthesis creation is an ongoing process that is as yet incomplete.

As we explore possible intersections of science and religion (we have named our Scientists in Congregations project “Believers Exploring Science and Theology,” or B.E.S.T.), it has become clear that the first two of Barbour’s modes of relationship do not work at University Baptist Church, so we have attempted to hold on to the tension between dialogue and integration by continually asking questions about both our religious beliefs and the knowledge that science brings to us.

Another essential belief that we have reiterated many times in our seminars is that we cannot prove the existence of God empirically or scientifically. No experiment we could devise would prove that God is the creator and shaper of the universe. At the same time, we understand that there is no method or experiment that science can design that would, or could, disprove the existence of God. For us, the existence of God is and always should be a matter of faith. We cannot know God exists if science is our only path to understanding, but we can “know” that God exists by the experiences of our lives. We have found the words of Galileo Galilei in a letter to Madame Christina of Lorraine an especially helpful guide in our exploration. Galileo wrote, “I do not feel obliged to believe that the same God who has endowed us with senses, reason, and intellect has intended us to forgo their use and by some other means to give us knowledge which we can attain by them.”3

3. “Galileo Galilei, Letter to Madame Christina of Lorraine, Grand Duchess of Tuscany: Concerning the Use of Biblical Quotations in Matters of Science (1615),” viewed online at the Interdisciplinary Documentation on Religion and Science website, under “Thinkers of the Modern Age”: http://www.disf.org/en/documentation/03-galileo_cristina.asp; last accessed on 12 December 2012. 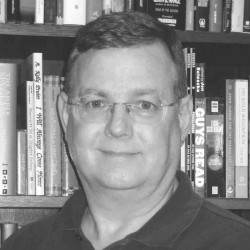 Tommy L. Faris is the pastor at University Baptist Church in Columbus, Ohio, a congregation affiliated with the American Baptist Churches USA and the Alliance of Baptists. He is an alumnus of Columbia University in New York, where he earned his PhD in American religious history with a dissertation entitled “William Miller: A Common Sense Life.” He is codirector of Believers Exploring Science and Theology, a project of the Scientists in Congregations initiative of the John Templeton Foundation.