America’s conversation about evolution grows ever more discouraging. Eleven times since 1982—most recently in 2012—Gallup has asked Americans to pick one of the following views on origins:

The results have been remarkably consistent. The first view, closely associated with young earth creationism, has claimed the allegiance of between 40% and 47% of Americans over the past 30 years. The second view, known most commonly as theistic evolution, has ranged between 40% and 32%. And the final view, which has no simple label but is closely aligned with purely naturalistic views of origins, has increased quite steadily from 9% in 1982 to 15% today.

The most sobering parts of the new poll, however, are the sharp changes over the past two years. The naturalistic position actually declined from 16% to 15%, only the second decline in 30 years. But the theistic evolution position declined dramatically from 38% to 32% and the creationist position increased from 40% to 46%, just 1% below its all-time high.

There are more people in the creationist camp today than in 1982, despite the overwhelming mountain of evidence for evolution that has accumulated since then. The mapping and comparison of genomes, the discovery of elegant transitional forms like ambulocetus, and the work in evolutionary psychology and group selection have all fallen on deaf ears. The library of books published refuting creationism appears to have accomplished nothing. Even more alarming is the decline in those affirming theistic evolution. With so many prominent Christian thinkers—such as Francis Collins, Alister McGrath, John Polkinghorne, and Nancey Murphy—making the case for theistic evolution, one might have expected a modest increase in those numbers. The BioLogos project (biologos.org) has spent millions of dollars spreading the message of theistic evolution to evangelicals over the past two years, yet things have gone in the wrong direction.

National polls, of course, wash out meaningful variations and there are certainly exceptions to this discouraging trend. Over the past year I have spoken at many churches involved in a creative “Scientists in Congregations” project funded by the Templeton Foundation. Christians at First Lutheran in Lincoln, Nebraska, Fort Collins Presbyterian in Colorado, and Dawson Baptist in Birmingham, Alabama, are all quite comfortable engaging contemporary science within the framework of the Christian tradition. They do so, however, under the leadership of uncommonly courageous pastors, in unusually well-educated congregations, and in financially strong churches that can afford to lose a few disgruntled members.

For another perspective, I tried without success for years to get evolution into the conversation at the Wollaston Church of the Nazarene, Quincy, Massachusetts, where my family worshipped for many years while I taught at Eastern Nazarene College. As the church of a college where the faculty all accepted evolution and many were highly critical of creationism, the issue was not orthodoxy but politics. Evolution stayed off the table to avoid offending a minority in the congregation who held to a strictly literal reading of the Bible. However, creationism was allowed to creep onto the table, or at least into the youth Sunday School, where it drove one of my children out of the church altogether.

Similar political concerns haunted my tenure at Eastern Nazarene College, where administrators had to deal with continual assaults from creationists who thought they knew better than the faculty how to think about science and Scripture. Such controversies—far from uncommon at evangelical schools—insured that educating evangelical youth about evolution could only be done at a price. Sometimes that price was the withholding of financial support or the active discouragement of young people from attending the college. On one occasion, the head of the religion department, weary of his own battles, counseled me that I need not emphasize in my classes that the Earth is billions of years old since “the Church of the Nazarene does not have a position on that,” and talking about it just upsets people. Dumbfounded, I pointed out to him that “science certainly has a position on the age of the Earth.”

We launched the Scientists in Congregations project seeking an ambitious—and ultimately ill-fated—collaboration between St. Chrysostom’s Episcopal Church and a nearby ethnic congregation. Initial explorations with the leadership of the ethnic congregation were sobering: science was of limited interest and, for many, did not hold a position of respect. Clearly, their interests and concerns lay elsewhere. Getting science-and-religion conversations started in such communities does not seem possible at the moment. The situation at the Episcopal church was quite the reverse. The respect for science was so great that, for many parishioners, biblical and theological claims sat precariously on a chopping block, to be discarded whenever science gives the word.

America, as we know, is a religious marketplace, with literally thousands of choices for spiritual consumers. Many of those options—the majority under the evangelical umbrella—fall in the young earth creationist camp and can only be described as anti-science. Almost half of all Americans and most evangelicals think the Earth is ten thousand years old. Those struggling to come to terms with modern science—like the Church of the Nazarene and other theologically moderate traditions—operate in a tense and divisive environment where even the age of the Earth is a topic to be avoided. Biologist Richard Colling lost his job at Olivet Nazarene University for writing a rather tame book endorsing evolution. In the 1990s, physicist Howard Van Til lost his job at Calvin College—hardly a bastion of fundamentalism—after the publication of his book about the big bang. Old Testament scholars Pete Enns and Bruce Waltke both left their respective seminaries in the context of related controversies within the past five years. These scholars ended up in more congenial religious communities that had far less need of their prophetic voices.

The polarizing tendencies of this trajectory are obvious. If scientifically informed voices are ejected from our conservative religious communities, those communities will become even more intellectually impoverished. I suspect this is behind the bad news in the latest Gallup poll on origins. Clearly, we need new strategies for engaging churches in conversation about science and Scripture. 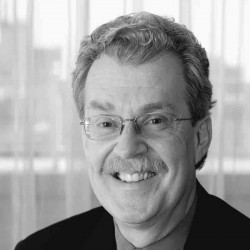 Karl Giberson has published hundreds of articles and reviews on science and religion in venues such as the New York Times, the Guardian, USA Today, CNN.com, salon.com, and Inside Higher Ed. He is a popular lecturer at institutions around the world, including the Vatican, Oxford University, University of Colorado, the Venice Institute, London’s Thomas More Institute, and MIT. He is the author or coauthor of nine books on science and religion, including “The Anointed: Evangelical Truth in a Secular Age” and “The Wonder of the Universe: Hints of God in Our Fine-Tuned World.” Giberson teaches both writing and science-and-religion in the Cornerstone Program at Stonehill College, in Easton, Massachusetts.