Imagine hearing a church member and research scientist remark, “I often feel more accepted by my non-Christian colleagues in the lab than I do by my fellow church members.” An isolated comment? Not quite.

Funded by the Templeton-sponsored Scientists in Congregations program, our two-year initiative is eliciting several similar comments. Escalating culture wars and the recent election season have expanded the perceived divide between science and Christianity. Too often church members feel they must choose either biblical faith or scientific materialism. We are challenging that perception.

The Scientists in Congregations vision “calls for a sustained, creative collaboration between practitioners in the fields of science (scientists or science educators) and theology/faith practice (pastors) who are already engaged with one another through shared participation in the life of a congregation.” Our large, evangelical, mainline church in Boulder, Colorado, is well suited for this collaboration. For nearly 140 years we have been neighbors of the University of Colorado, Boulder, where many of our church members are employed in teaching or administration. Many congregants also serve in federal research laboratories or privately owned technology firms. Science fills the air of our rarefied Rocky Mountain region, one of the best-educated portions of the United States. Our grant seeks to build bridges of listening, learning, and constructive engagement within our church membership and beyond it into our northern Front Range community.

The first bridge is between a pastor and a scientist in the congregation. I am particularly fortunate to have as my grant coleader a University of California at Berkeley-trained PhD in chemical engineering, an ordained Presbyterian elder who is exceptionally well-read theologically. Allan Harvey is a scientist at the National Institute of Standards and Technology, and we have enjoyed many profound conversations about the theological implications of recent scientific discoveries. These have taken us into new ways of interpreting human origins in Genesis, taking into consideration paleontology, cosmology, and the Human Genome Project. We are probing theistic evolution and traditional understandings of the Fall, and reflecting on what it means to be made in the image of God. We are tackling concepts like the human soul, free will, and the implications of brain science.

We have recruited a planning team of church members who are climate scientists, geologists, biologists, and physicians. Since a number of church members serve in health care, a large component of our Scientists in Congregations project will include exploration of faith and the health sciences.

We began by hosting focus groups for scientists, learning about their challenges and needs. We moved on to luncheons for both scientists/science educators and physicians/health care practitioners. These informal gatherings allowed us to listen to the concerns they face as Christians in their fields and to offer our thanks for their service in these important areas. As a psychiatrist remarked with enthusiasm, “The church has never done anything like this for us before!”

We have gathered congregational questions on science and faith for inclusion in an FAQ website (http://fpcscienceandfaith.wordpress.com/category/frequently-asked-questions/). A sermon series on Genesis 1–3 explored fresh approaches to these ancient texts. We have hosted a geology field trip that combined worship and devotions with a detailed exploration of Boulder’s striking Flatirons formations. We are planning further field trips led by congregational scientists (for example, in botany and astronomy). In a mutually enriching way, these allow us to wed our faith and appreciation for God’s beautiful creation with solid scientific insights provided by experts in our church.

With a sister congregation in Fort Collins, we have cosponsored a weekend conference combining the teaching of a Christian physicist with a pastor-theologian. The grant allowed us to bus our church members north to this venue to enjoy an all-expense-paid day of learning together. Most recently, we have hosted the DVD series “Test of Faith” produced by the Faraday Institute, a group of evangelical scientists in the United Kingdom. This six-week class attracted over one hundred participants each Sunday, only half of whom had a background in the sciences.

To date, the Scientists in Congregations program has been well-received by a majority of our congregation. However, some more conservative (and vocal) congregants have voiced their concerns, perceiving this offering as a potential slippery slope into theological compromise and apostasy. As leaders, we have realized there is a necessary pastoral care component to our project; we need to be non-anxious and open to meeting with people to hear and discuss their concerns. Yet at the same time we must stand for what we believe are the complementary aspects of God’s truth expressed both in the Book of Scripture (special revelation read with open minds and the eyes of faith) and the Book of Nature (general revelation studied with the tools of science). In this current climate of division and suspicion, striking this balance is not easy.

It is delightful to watch how this Scientists in Congregations program has spread beyond our church walls. We have been featured in a local newspaper article and we are noticing that our church members are bringing scientific colleagues and friends from other churches to our gatherings. But most gratifying of all is the quiet, transforming effect this program is having with some who have previously felt alienated by the church. One long-time church member shared these words:

I felt acceptance by the congregation required a closed-minded, simple regurgitation of litanies whether they had meaning or were applicable to life as we currently must live it. I continued to attend sporadically, but out of a sense of spiritual duty, not from joy. I even came to the point of questioning my faith in Christianity and the religious practice of it. . . . And then I started attending the class on Science and Christianity. Because you were willing to open a dialogue within the church membership about very important and significant things, I feel renewed. . . . I have not only found that there are many within our congregation who struggle with the same issues as I do, but that we can come to a reasonable, thoughtful reconciliation. 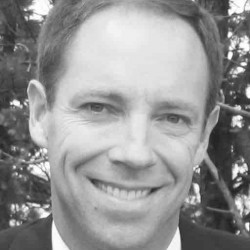 Carl Hofmann (DMin ’02) is an ordained Presbyterian Church (U.S.A.) pastor serving for the past ten years as associate for spiritual formation and discipleship at the First Presbyterian Church of Boulder, Colorado. Together with elder Dr. Allan Harvey, they lead the Scientists in Congregations program in their church.