Years ago in some of my early research and reflection on interfaith dialogue I came across an article by Terry Muck. In the essay he defines dialogue in various ways, including as, “…an emotion or attitude toward people of other religious traditions.”[i] It is also his view “the affective dimension has been shortchanged.”[ii] This emotional and attitudinal perspective has stuck with me, and I have worked to explore what this means for interfaith dialogue, or in my preferred and strategic terminology, multi-faith engagement.[iii] Increasingly I believe Muck was right. Evangelicals in America and the broader Western world[iv] tend to focus on orthodoxy, and to a lesser extent, orthopraxy, in multi-faith engagement, but precious little has been done by way of orthopathy—the “right” passions and emotions. I believe the emotional aspects of evangelical multi-faith engagement have significant implications for how we “do theology” and praxis, and that accounting for this sheds light on important challenges and questions related to evangelical views and behaviors in regards to those in other religions.

Surveys shed light on evangelical emotions about other religions. One from the Pew Research Center in 2014 titled, “How Americans Feel About Religious Groups,” includes statistics on evangelicals.[v] Like members of other religious groups, evangelicals feel most positive about their own group members. When it comes to other religious groups, evangelicals have the most positive feelings about Catholics and Jews, but the “feelings thermometer” rating system used by Pew drops significantly when other groups come into view. Mormons, Buddhists, Hindus, and especially Muslims, elicit largely negative emotions. Only Atheists are viewed more negatively. Another important survey comes from LifeWay Research. Protestant pastors in the U.S. were surveyed and asked to respond to appropriate characteristics used to describe Islam. The data shows that, “[a] majority of pastors considered Islam dangerous,”[vi] and forty-five percent of those state that the ISIS terrorist group “gives a true indication of what an Islamic society looks like.”[vii] Negative perceptions toward other religions as revealed in surveys like these is generally indicative of evangelical stances toward religious pluralism in America, and in particular to Muslims.

Why do evangelicals have such negative feelings about those in other religions? In order to answer this question our theology can benefit from other conversation partners. Just as biblical studies, theology, and missiology have engaged various academic disciplines, so too can a theology of multi-faith engagement benefit from interacting with scientific fields such as social psychology.[viii] In particular, moral foundations theory, harm-based morality, and the concept of sacred values violations are helpful in assessing groups.[ix] 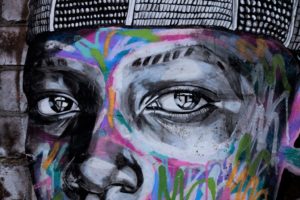 Social psychologists have developed moral foundations theory (MFT). Jonathan Haidt is a leading researcher in this area.[x] After doing research across various cultures, Haidt and his colleagues discovered “universal cognitive modules upon which cultures construct moral matrices.”[xi] In their initial research, MFT is comprised of five foundations of morality. This includes care/harm, fairness/cheating, loyalty/betrayal, authority/subversion and sanctity/degradation. Just as people have different tastes in food and use different taste buds, we also have moral “taste receptors” in our brains that make up our “righteous mind.”

This research also discovered that liberals and conservatives emphasize different moral foundations. Conservatives emphasize loyalty, authority, and sanctity or purity, whereas liberals emphasize care and fairness. In particular, purity is strongly emphasized by conservatives. Just as striking is that studies indicate that they are more easily disgusted. Those things that are seen as threatening to purity as potential contaminants often elicit a “disgust response,” including foods, ideas, individuals and groups. One social psychological experiment revealed that even thinking about ideas from another religious tradition made conservative Christians feel disgusted. The authors of the study concluded “people can feel heretical disgust by merely contemplating ideas contrary to religious beliefs.”[xii] Social psychology helps us understand that particular moral foundations play a part in the way in which conservative evangelicals feel and think about those of other religions. Religious others are perceived as threatening evangelical purity and create a “disgust response” as a means of protecting spiritual health.

Another area of research we might consider is related to harm and morality.[xiii] From a harm-based moral perspective, perceptions of harm to lead to the development of a morality where “the other” is seen as a threat. Forms of harm vary widely, including threats to physical safety as well as ideas. In regards to the former, a study was conducted where sacrilegious thoughts were understood to be morally harmful.[xiv] In addition to the perception of harm in religious ideas, the possibility of terrorist attacks augments Christian fears of physical and doctrinal harm as well as to negative feelings toward Muslims around the world.

Finally, social psychology is also helpful understanding a group’s sacred values. Haidt and his co-author Jesse Graham apply moral foundations to the idea of sacred values and their challengers. Their basic premise is the idea that groups tend to elevate and make sacred “a moral principle or symbol” based on a “group-level perception of threats to sacralized objects.”[xv] Groups make a connection between sacredness and morality, and as a result their moral principles and symbols are viewed as sacred. When these sacred values are perceived as threatened by others, then those outsiders are viewed as evil adversaries. Graham and Haidt’s discussion connects moral foundations to various sacred values and objects, what is seen as evil by way of threat, and how this can often lead to “idealistic violence” (i.e. the actions that in-group members can take against those perceived as evil values violators who reject a group’s moralized beliefs). This can be expressed as literal violence or in other forms that protect the group.

The idea of sacred values violators can be applied to evangelical multi-faith concerns. Modifying Graham and Haidt’s work, the evangelical emphasis on purity is connected to various sacred objects, including doctrine, the church, and the idea of a Judeo Christian nation.[xvi] The sacred values that are used to protect these objects are avoidance of violators or various forms of boundary maintenance (i.e. denunciation, negative apologetics). Those perceived as evil for violating sacred evangelical values and purity include those in other religions, and many times other evangelicals who are viewed as being involved in inappropriate forms of multi-faith contact and syncretistic activity. Finally, idealistic violence employed by evangelicals against sacred values violators includes things such as the use of metaphors of disease, warfare and monstrosity and is applied concretely ways such as in support for a refugee-ban and opposition to mosque construction.

A theological conversation with social psychology helps us understand evangelical fears of Muslims and Islam. It also assists us understand why evangelicals tend to frown on interfaith activities and interreligious dialogue, and why evangelical leaders have been labeled as syncretists and “compromisers.” Given concerns regarding contamination, conservative fears of harm often manifest in an emphasis upon purity, which in turn leads to disgust. Through this emotional lens adherents of other religious traditions are understood as rejecting our sacred values. In response to this threat, various actions are taken against these sacred values violators as means of worldview protection.[xvii] Given this psychological reality, it becomes challenging for evangelicals to love our neighbors when our fears of harm lead us to see them as disgusting evil adversaries.

While data in the field of social psychological is sobering, we should not lose hope that it is possible to help evangelicals develop warmer feelings and more positive emotions about Muslims and members of other minority religions in the U.S. A Pew survey from 2017, notes that, “Americans who personally know someone who is Muslim (55% of all non-Muslim U.S. adults) express somewhat more positive views of Muslims.”[xviii] This points to the fact that the right kinds of social proximity can help humanize “the other” and create space for new emotions and understanding. Additional work needs to be done to create transformative places for social proximity between Muslims and evangelicals, such as cooperative service projects and expressions of hospitality. There are churches in America adopting this approach, and they provide us with a narrative for new possibilities without compromising our convictions.[xix]

Evangelicals have yet to make great strides in overcoming prejudice against Muslims. If we want to move beyond our cold emotions and defensiveness, and see more evangelicals involved in loving their religions neighbors, we will have to account for and incorporate emotions and orthopathy—alongside orthodoxy and orthopraxy—in multi-faith engagement work.

[iv] Christianity finds adherents around the world, and the center of gravity for Christendom has shifted from the West to the Southern Hemisphere. Even so, American evangelicalism continues to exert its influence around the world through its intimate connection to politics and foreign policy. For these reasons, understanding why American evangelicalism in multifaith contexts is vitally important.

[ix] The Multi-faith Matters Collaborative Inquiry Team, funded by a grant from the Louisville Institute, has been conducting research on this over the course of two grants. What follows in this article is related to our research findings and reflections on the challenges.

[xvi] The Multi-faith Matters research has revealed that Christian Nationalism was one of the major factors connected to anti-Muslim views among Christians. On this see Allyson F. Shortle and Ronald Keith Gaddie. “Religious Nationalism and Perceptions of Muslims and Islam.” Politics and Religion (2015) 8: 435-457.

[xviii] “U.S. Muslims Concerned About Their Place in Society, But Continue to Believe in the American Dream.” “7. How the U.S. general public views Muslims and Islam.” Pew Research Center, 26 July 2017. http://www.pewforum.org/2017/07/26/how-the-u-s-general-public-views-muslims-and-islam/.

[xix] For examples, read the stories of the Multi-faith Matters case study churches at https://multifaithmatters.org, and watch a video of RiverCity Christian church loving their Muslim neighbors at https://youtu.be/YjdafJ4C7us. 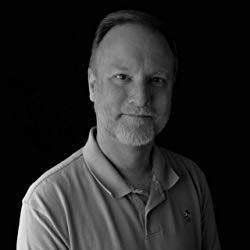 John W. Morehead is the Director of the Evangelical Chapter of the Foundation for Religious Diplomacy (www.EvangelicalFRD.org). He is pursuing a supplemental grant from the Louisville Institute as a part of the Multi-faith Matters team (https://multifaithmatters.org) looking at strategic storytelling and social psychology as tools for creating a new narrative in evangelicalism regarding multi-faith engagement. Along with Brandon Benziger, he is the co-editor and contributor to a volume on the significance of emotion and orthopathy in multi-faith engagement (Pickwick forthcoming).