Dr. Atul Aghamkar’s observations on informal interfaith dialogue seem to be pertinent in India today. Using missionary experience at the missionary training institute where my wife and I were based a few years ago as data, I discuss informal dialogue reflexively. This study illustrates the complexity of interreligious contexts by showing the often-conflicting forces present in informal dialogue with a people from diverse castes and villages.

It was the training institute’s formal program to engage with local people as a part of their cross-cultural ministry. There was a need for employment in the area, and the construction project for the mission’s training institute provided a way to engage with local people by offering work opportunities. After the institute moved on to this campus, some of those villagers also worked in the kitchen or in the maintenance of the garden. This formal setting gave way to informal engagement with the local people not only during Morning Prayer but also during work and leisure. We came to find that praying especially touched a point of need, and they always welcomed it. Over time, some of those employed by the institute invited us to visit their homes. Informal dialogue in the context of villages was facilitated through this rapport with people.

As one of the trainee teams from the institute, we stayed at a village called Ramandodi for a week as part of our village exposure. During our first visit a trained nurse on our team offered first aid services to villagers. We shared God’s word with the people, especially with Kurubas, the shepherd caste. The high-caste villagers watched and heard the teachings from the Bible with initial suspicion and then with curiosity. Prior to our visit, earlier groups of trainees had visited, and in their reports, described the sudden swaying of the villagers when worship songs about Jesus were sung. Our team recognized this as spirit possession, prayed, and the swaying of the people stopped. Both the villagers and trainees recognized a release from the possession as a result. There was a spiritual power encounter noted by both the trainees and the villagers. During our visit, we also witnessed a young mother suckling her child, who began to sway as if under a trance with blank eyes. As soon as I noticed what was happening I asked others for the name of the woman. I called her by name and assured her from Scripture of the power of Jesus Christ over the spirit that seemed to have taken hold of her. She came out of her trance and found release from the spirit that was troubling her. Later she affirmed to us in subsequent visits that the spirit possession did not occur again, and she was glad about the relief she experienced in Jesus.

Watching the power encounters, the Brahmin priest invited us to return during their annual village festival, where the local goddess would be the center of worship, and the devotees would break coconuts on their heads. (The villagers believed that to be able to break coconuts on their heads demonstrated the power of their goddess working in them.) The village festival was still many months away after the training period, and so after our field visits again over the weekends for three months, other missionaries located in Mudugurki, which was closer to Ramandodi, continued to minister to people, bringing healing and deliverance throughout the year. In a few months after our visit, there was news from that village: the woman we had ministered to medically was healed of her festered wound on her foot caused by a branding by a village doctor to heal her fever. This demonstration of power was an informal and nonverbal communication to the Brahmin priest and the people about the power of Jesus to meet their existential needs. This was very much unlike the power of their goddess who only enabled them to break coconuts on their heads but made no impact on their existential needs.

Reflecting on the above I note social structures, especially the caste system, and diverse spiritual activities that are at play in informal interfaith dialogue. The Brahmin priest seemed to be tolerant with the visiting teams from the training institute because they presented no apparent threat to him. The preaching, mostly directed to Kurubas, focused on the hope there is in Jesus Christ and not on the low treatment traditionally given to them by the higher caste. Since the message focused on Jesus and not on contextual condemnation, it obtained receptivity by both the high and low castes. In addition, the demonstration of spiritual power of Jesus during the teams’ prayer meetings among the villagers made the priest cautious in his reaction. He also presented a counter challenge for the team to come and witness the demonstration of spiritual power of the local goddess during the annual festival.

The demonstration of God’s power over spiritual possession during prayer meetings was a phenomenon beyond missionary control. This meant for us and for the villagers that prayers were answered. This was a providential act in our interactions with the villagers during our first and subsequent visits. Informal interfaith dialogues in Christian ministry often do not find immediate closure because they are subject to the ongoing work of God. At this point, it must be pointed out that God was already at work with the villagers, leading them to us or us to them in their search for answers to their problems. Our team’s informal dialogue with the villagers was only a part of that prior work of God.

Requests form an important part of the informal dialogue in ministry. Requests from the people included requests to visit them, to pray for them, to share from the Bible, to help with their needs and problems, such as their health, marriage, education, and work. When requests from people came to me, they indicated their willingness to engage in a conversation with me. At this point, this only required me to determine whether I would be able to meet the expectations of the requests. Many times, just the thought of not being able to meet the needs stopped me from engaging in the conversation. However, if I realized there could be others who could help in meeting those requests, then I would make the effort to engage in the conversation. Willingness to entertain requests itself illustrates a key principle important in any form of dialogue. In this, I suggest it is an imperative for the missionary to make room for two-way interactions with others.

Requests also demanded that I be a good listener. Requests did not present themselves in the first encounter with people. When villagers came to see me, it usually meant that they might have a request or two. However, I had to learn to wait for the request to be presented. Sometimes, when no requests came up and the conversation tended to be on the level of courtesies, I had to be proactive and ask the visitor for the purpose of the visit. This meant that listening and communication skills were vital, and I needed to develop my skills in this area. Another aspect was that I also had to learn to recognize when requests presented themselves in nonverbal forms. This was difficult.

Nevertheless, requests such as a waving hand beckoning us to come near were easy to understand. However, even this posed a challenge, when the person beckoning was a total stranger. For instance, during a visit to another village, Mugulapally, as we were approaching the village, we could see from a distance an old woman we had never met gesturing strangely with her hand to us. At the sight of this the team expressed apprehension about proceeding to the village. After talking to her we found out that there was a sense of desperation and helplessness in the woman and her request seemed reasonable. It did not matter that the other villagers thought that she was deranged; here was a request directed to us that was doable. The request was for us to pray with her to Jesus, and it only needed our willingness to entertain the request.
I suggest that prayer is a part of informal dialogue. In the context of the institute campus, those ministered to come to the minister. Christian workers need to seriously consider prayer as a form of religious informal dialogue in their ministerial praxis. Increasingly, some people belonging to other faiths see the practice of prayer as problematic in Christian institutions. Some of them see this as a Christian ploy to convert them. However, the rule of thumb should be to make prayer available to those who request it. This gives the people freedom to choose whether to participate in this form of religious dialogue.

Overall, this brief study has offered reflections on experiences of informal interreligious dialogue that were in response to the felt needs of specific people whom I encountered in ministry. I have argued that in addition to cultural and religious challenges, responding to felt needs and power encounters needs to be handled with prayerfulness in order to navigate these relationships with sensitivity and firm commitment to the gospel of Jesus Christ. 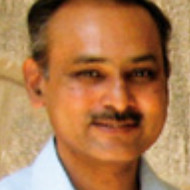 Dr. Arun Kumar is professor and head of the Department of Religion at South Asia Institute of Advanced Christian Studies (SAIACS) in Bangalore, India.