Several years ago I gave a paper on Jewish-Christian dialogue at the Van Leer Institute in Jerusalem. The conference was the culmination of four years of intense theological dialogue between Orthodox Jewish theologians and orthodox Christian theologians. The meetings of the previous years had often been punctuated by moments of tension when one scholar would charge that another was “dead wrong” or “fundamentally misinformed” or “misrepresenting the tradition.” We Christians learned that this was par for the course for most of our Jewish friends, who had grown up debating one another—often with raised voices in the yeshiva and synagogues and beyond—but usually concluding with words of affection or at least cordiality.

I remember the tension when an esteemed Jewish scholar, famous around the world for his many books and lectures in major world capitals, told us all—Christians and Jews included—that Christians could not be included in the Abrahamic covenant. And the equally uncomfortable moment when a world-class Jewish philosopher said that it was his duty to warn us Christians that we were guilty of idolatry because we were worshipping a man. I also remember the tension I felt while delivering my paper in Jerusalem when I said that the four issues which historically have divided Jews and Christians—law, resurrection, Trinity, and incarnation—were all based on Jewish principles, so that only the identity of Jesus divides us. I was surprised to see that these arguments were greeted with smiles and warmth by my Jewish auditors, but that their smiles disappeared and everything got quiet when I finished my paper by pleading with them to accept messianic Jews as genuine Jews.

But even more surprising was what happened after all these moments of tension. Our dialogue went deeper and became more serious. Jews learned things about Christians they did not previously know, and we Christians learned things about Jews that we did not previously know. And miracle of miracles, we learned from one another. Christians learned something about the distinctively Jewish character of the covenant, even while it admitted Gentiles (or so we Christians and some of our Jewish friends believed) by adoption or associate membership. Jews learned that Jesus and Paul were observant Jews—something most Jews had never considered.

My point is that the best interreligious dialogue emerges from respectful but honest exploration of the deepest differences. This exploration is in the context of friendship and shared lives and mutual respect, and it never confronts with a style that is confrontational or hostile. It does not assign bad motives to the other or assume eternal perdition for those on the other side of the theological divide. But neither does it avoid discussing in depth the points of the most dramatic differences, which are usually doctrinal, and the discussion of which sometimes creates tension. That tension can be productive without diminishing shared respect. Oddly, it can enhance mutual respect.

I appreciate my friend John Morehead’s helpful recommendation of a healthy way to dialogue with devotees of new religious movements. He is right to criticize those so-called dialogues which are more monologues and in which doctrinal analysis is conducted without respect for the other, or the interreligious arguments that are made without any expression of care and respect for the other. He suggests properly that we should acknowledge truth (however partial) and moral virtue in the person with whose theology we disagree.

But I am also cheered that John does not deny the need for dialogue and apologetics to stress the need for discernment and doctrinal integrity. I am glad that while John criticizes an obsession with boundaries, he does not denounce concern for “a healthy set of boundaries,” and that he rightly recognizes the need to “warn of heresy.” For while that last word sends shivers up the spines of theological liberals, it resonated with the early church fathers. They embraced it, for they believed that heresy meant the grave possibility of worshipping something other than the true God, and that such worship could have eternal consequences. They read the Bible and saw that the Bible warns repeatedly in both Testaments that our utmost danger is idolatry—which in this era means that we think we are worshipping God when in reality we might be worshipping a false imitation. They argued against Docetists and Arians and Gnostics and Donatists—all of whom insisted they were true Christians—because they (the Fathers) believed that attachment to the wrong view of God could prevent union with the Trinity, apart from which there was only darkness.

Now when I say this, I am not presuming that my Mormon friends, for example, are going to hell. We may all be together in the new heavens and the new earth, for all I know. We are saved by the Triune God, not by our theology. But I cannot and should not presume that what I believe about ultimate reality makes no difference, for the testimony of the Law and the Prophets and the Apostles is quite the opposite. I dare not treat doctrine and belief cavalierly—not if I really care for those with whom I dialogue.

Permit me to point out a few slight inaccuracies in John’s essay. First, the infamous “Nones” have been misinterpreted by nearly everyone, including the report prepared by the Pew Forum. The crack sociologist of religion Byron Johnson has shown that a high percentage of these Nones actually regularly attend nondenominational churches, and check “None” because their church is not part of a denomination. So those who are on an “individualized spiritual quest” are not as many as the media hope.

I also wish the essay had not treated fundamentalists and evangelicals as the same group. The original fundamentalists such as J. Gresham Machen, who argued carefully against Protestant liberalism, were light years from the anti-intellectual biblicists associated with that moniker today. The deliberate use of the term evangelical in this century dates to the formation of the National Association of Evangelicals in 1942, which was a careful attempt to distinguish evangelicalism from fundamentalism. In contrast to the fundamentalist separation from modern culture, the “new evangelical” theology (led by E. J. Carnell, Harold Ockenga, and Carl Henry, and inspired by Billy Graham) was committed to engaging with culture in an attempt to transform it through the gospel.

The essay also needs, I think, to distinguish more carefully between evangelism and interreligious dialogue. Those are two different animals. I agree completely that evangelism should not use doctrinal analysis as a club, or as a “harangue,” without getting to know the religious other as a fellow human being who deserves respect, as does his/her religious tradition.

But is interreligious dialogue always wrong to make doctrinal analysis “primary”? Even when conducted in this manner of respect and friendship that I have described? Our four-year Jewish-Christian dialogue was focused not solely but primarily on theological—of which doctrine is necessarily connected—differences concerning covenant and mission. We all came to be friends, in some cases visiting one another’s homes. But what drew us into friendship was our common pursuit of theological and doctrinal truth. We all believed that something of truth was to be gained by fighting it out, as it were, with respect and civility. And I think we all believed that we had gained in knowledge of the truth by that friendly fight, so to speak. So I think that rather than eliminating all “rational apologetics” that seek to know the difference between truth and heresy, we should avoid false dichotomies. We do not have to choose between an in-your-face or up-your-nose apologetics and not engaging in rational apologetics (two ways), but between respectful and humble ways of doing rational apologetical dialogue (a third way), and ways that are disrespectful and arrogant.

I think we have good models of this in Craig Blomberg and Steve Robinson’s How Wide the Divide and Phil Johnson and Gus diZerega’s Beyond the Burning Times, which John Morehead edited. I like to think that Bob Millet and I did this in our Claiming Christ (now republished as Evangelicals and Mormons).

One last word: We need to beware of proof texting that cherry-picks only what we want the Bible to say. We’re all conscious of how the Walter Martins have done this sort of thing. But we need to be careful that we don’t do the same when advocating for a kinder and gentler dialogue. For example, I don’t quite agree that the “New Testament’s Christological hermeneutic” speaks only of grace toward Gentiles—or of grace that avoids all talk of doctrinal differences and the possibility of idolatry. Jesus warned of the Gentiles’ sins at Sodom and Gomorrah (Matt 10:15) and castigated his theological opponents with a fervor many of us would call “fundamentalist” if we did not know who was speaking (Matt 23). Imagine calling our interlocutors snakes, hypocrites, filthy tombs, and children of hell! When Paul faced Gentiles on Mars Hill, he said not a word about grace but warned of judgment. In Romans 1 he characterized Gentile behavior as generally idolatrous.

Of course we should not call names. We can leave that to Jesus. He warns us not to judge the motives or destiny of anyone (Matt 7:1). But we should also beware of avoiding all tension and deep wrestling with differences in the name of a putative “grace” that is not the same thing as biblical grace, which always springs from a first concern for truth. Without the latter, it’s not worth the time and money crossing the country or world to do so-called dialogue. 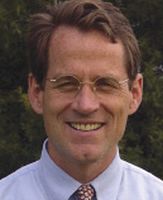