on Amos Yong’s “The Holy Spirit, the Middle Way, and the Religions”

I felt honored to have been invited to add a few remarks on the essay by my long-term friend and highly acclaimed academic colleague Professor Amos Yong. I was delighted to have an occasion to reflect specifically on the Buddhist-Christian issues, having had myself an opportunity to practice Buddhist engagement at the grassroots level for many years when living and teaching in Thailand. I felt relieved that the invitation did not concern an academic response to Amos’s numerous writings, both books and articles, on Buddhist-Christian studies, let alone on the theology of religions at-large. (By the time this journal goes to publication, I expect a few more writings of his on the topic will have seen daylight!)

I have known Amos personally since his student days at Boston University. It must have been one of the annual meetings of the Society for Pentecostal Studies in which we met for the first time a number of years ago. A young doctoral student at the time, I could tell that Amos had a sharper and more creative mind than many of his more established colleagues. After the steady flood of his high-level publications on various issues in theology—including science-religion, theology of religions, and comparative theology issues—my initial perception of his intellectual skills and brilliance of thought has appeared to be accurate.

Most people who read Amos’s academically high-level, sophisticated, and constructive writings may miss one important point about his personality: a deep and wide anchoring in his own Pentecostal spirituality and faith. One part of his rootage in that spirituality has to do with the appreciation of the category of testimony. Pentecostals are well known for using testimonies and personal sharing as a major avenue for religious communication.  Usually testimonies are embedded in personal narrative, one’s autobiography.

Dr. Yong’s essay in this issue of Evangelical Interfaith Dialogue follows that testimonial and narrative format. In order to honor that precious way for a scholar to communicate in a nonargumentative and nonanalytic manner, yet based on a vast amount of scholarship, I will not subject my Pentecostal colleague’s essay to a typical scholarly critique. After all, even if I wished to critique it, Amos would hasten to repeat what he says in the opening paragraph: “I know it best, having lived it myself”!

I wish to highlight the importance of two issues that arise out of Dr. Yong’s remarkable autobiographical sharing of his journey in Buddhist-Christian engagement, namely, the importance of personal encounter between believers of differing traditions and the role of discernment. These two are linked together.

Comparative Theology at the Grassroots Level

Amos reminds us of the important lesson he learned as a graduate student in Boston, namely, that “speculative theological ideas would travel only as far as there was empirical traction that connected them with the real world.” As a young missionary theologian preparing for moving to Thailand with my wife and then young daughters to teach in a local theological college, among other things, I studied a fair amount about Buddhism from the books. I was eager to get any perspective on the religion of the land that can be learned from a distance. That was a great help getting started when finally landing in that exotic and foreign country. That said, my academic reading about Buddhism also had to be subjected to severe critique, reshaping, and reorientation. So vastly different did the Theravada Buddhism of Thailand appear to me that at times—even after I gained fluency in the local language—I wondered if I had picked the wrong books as my sources of study! As my former doctoral student from Thailand Satanun Boonyakiat, who wrote a brilliant study comparing and contrasting the notion of suffering in Christian theology (M. Luther, J. Moltmann) and the Theravada tradition,1 reminded me, the “official religion” of Thailand is “animism.”2 Even Theravada spirituality may manifest itself mainly as folk religiosity and—in light of the textbook wisdom—appear to be focused exactly on the kinds of things that the original form of Buddhism sought to turn away from! In numerous other ways, lived Buddhist faith appeared to be so very different from the descriptions in the books.

Even more important, I learned that interfaith dialogue is done not between books but rather between living persons. People talk to each other about their religious convictions—or lack thereof. People fear each other for the sake of religion. People demonize the Religious Other. And it is people who embrace these with different faith commitments. People believe—and doubt.

When you see—as I did—your children playing, laughing, weeping, running together with children who come from different faith traditions, you are suddenly reminded of the common bond that links all of us together in a more profound way than religious convictions. This may strike one as strange coming from the lips—to be more precise, the keyboard—of a systematic theologian whose work is to analyze ideas, sentences, writings. Yet I am sure readers can put my statement in perspective: It is not to deny the importance of religious beliefs, including their dividing effects. It is not to undermine the significance of careful academic writing, analysis, comparing of notes, and so forth. It is just to remind us of the obvious: as soon as one begins to engage living persons of other faiths, the perspective changes. Similarly to Amos, when teaching courses in world religions and theology of religions, I have noticed time after time how useful it is for students, many of whom never entered a holy site of another faith tradition, to pay a visit and have personal encounters.

The first major monograph of Professor Yong was his published dissertation on the topic of discerning the Spirit(s), a highly fitting topic for a Pentecostal. The way he developed the theme of discernment—namely, as a way to help compare the truth claims of diverse faith traditions—however, is new and novel in his tradition. Pentecostals typically conceive of “discernment” as one of the gifts of the Holy Spirit, and hence, often speak of the “gift of discernment.” That gift, they believe, is given to believers and communities in order to make a distinction between the right and wrong message uttered by fellow believers, often claiming to be speaking under the Spirit’s influence. While the business of discerning between the spirits in the sense of judging whether a healing or a message comes from either the Spirit of God or from (demonic) spirits is a common theme in Pentecostal settings, they do not often use the gift in the sense that the wider Christian tradition does, that is, in terms of checking on the interpretation of Scripture, pondering one’s vocation or lifestyle, and so forth. As said, applying the category of discernment to other faith traditions by and large has been an unknown activity among Dr. Yong’s own spiritual folks. That task, however, is a most important continuing challenge for any church finding itself living in the midst of a religiously plural world.

Linking together the two themes inspired by the reading of Dr. Yong’s essay, namely, personal contact with practitioners of another faith tradition and discernment of Spirit(s), sets us on the path for Buddhist-Christian dialogue. The two, of course, go hand in hand: nowhere else are you in a better place to discern than in lively everyday contact with men and women who take their faith traditions most seriously and wish to share about them. 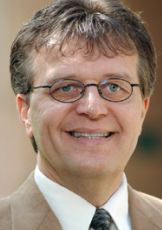