John Goldingay’s lucid and comprehensive overview of the First Testament’s perspectives regarding and the God of Israel’s interaction with other religions is reflective, not only of the author’s depth, but more importantly of the God who “tabernacled” as a human and with humans. Goldingay’s summary is reflective of the text itself and is therefore redemptive.

The clear delimitation of Yahweh’s special revelation balanced with the honor and respect given to the man who was created in his image touches at the heart of God throughout salvation history. By defining the “exclusive” elements present in the First Testament as an intentional calling to fulfillment, Goldingay has reframed those passages of Scripture that sometimes are used by adherents of either Judaism or Christianity as justification for exclusiveness. By reframing those corrective elements found in the First Testament as ways that God was acting to help those created in his image fulfill their purpose and be the best that they can be (regardless of their religious background), we begin to see “boundaries” and “discipline” and “commandments” and “exclusiveness” from a different perspective. It is not as if God is above saying, “do this or else you are out.” Rather, God is indicating that if we live by his prerogatives and his plan we will fulfill our purpose and live “long lives” to our fullest.

In moving from “Perspectives from Creation” and an overview of Genesis 1–11, which Goldingay describes as the story of all humanity, to “Perspectives from the Stories of Israel’s Ancestors” and Genesis 12–50, and on to the Exodus and Sinai, we see how the Yahwists could incorporate the understanding of El, a Canaanite deity, and ultimately reject the beliefs and practices of idolatrous Canaanite religion, which was for the benefit of the Canaanites themselves.

I have been working closely with Muslims for the past twelve years and living among them in the Middle East for the past seven. One question that Christians (i.e., Western and non-Arab Christians) ask regularly is about the name of God in the Qur’an, Allah. Many Christians wonder if, in Arabic, it is okay for followers of Christ to use this name for God. The answer I give is “yes.” Etymologically, it is the name for God that was used before Muhammad, the prophet of Islam, was born. It is also the name by which all major Christian translations of the Bible into Arabic have used for God. Historically, it has been the only name for God in Arabic. Theologically, like the name El in the First Testament, it needs to be filled with the meaning and content as revealed in the First and Second Testaments.1

Living in the Middle East and regularly having spiritual discussions with Muslims, some of whom have chosen to follow Christ, has provided many opportunities for reflection on sections of the Hebrew Scriptures. One period of Israel’s story that is particularly interesting for Muslims is the narrative of Joshua and Israel entering the land of Canaan. Because of the current conversations among Muslims concerning violence and whether or not it is sanctioned, the stories that deal with killing in the book of Joshua peak their interest.

One day, two Muslims (one of whom has embraced Jesus as savior, and the other who is very close to doing so) and two of us Christians were discussing the book of Joshua. The question was asked, “Why did God command the killing of people and animals in the book of Joshua?” The real question was “Why kill the animals?” As we pondered, I postulated, and am still asking this question (to which I would appreciate knowing if there is any supporting scholarship): Perhaps the people of Canaan, who had been worshipping their Baals for 400 years without the benefit of insight concerning Yahweh, had their chance to repent. Perhaps, as Goldingay indicates, “there are hints that at certain stages Yahweh could have been worshiped under the name Baal” (p. 6) and there were those Canaanites, like Rahab in one of the earliest encounters between the people of Israel and the Canaanites, who acknowledged the Almighty God.

Generally speaking, however, by the time the Israelites came through, perhaps traditional Canaanite religion and the idolatry and religious practice was so thoroughly degraded that the only way to insure the health, perhaps even biological health of the people of God’s choosing, was to insure a fresh biological start.

Given the importance and power of blood in the First Testament, as well as the scientific understanding of heredity, here is what I postulated in the conversation with my Muslim friends on why God had commanded the killing of animals. Perhaps the Canaanites had so degraded themselves in their worship practices (assuming that blood sacrifice was a part of those practices) and perhaps, as we know from later religions, that sexual intercourse was also part of the worship practices, that the actual DNA (from incest and related illnesses) was so unhealthy, that the only way to preserve physical and spiritual health was to rid the area of this way of life.

In this conversation with my Muslim friends, I did not pretend to speak with authority on this theory. The thought just came to me when they asked the question and it helped them to at least consider that there may have been external factors, even biological ones, that would lead God to command the killing of both animals and humans.

Goldingay does not address the question of killing in the book of Joshua in this article. But he does clearly say that condemnations of any religious belief and practice are ultimately for the good of those being condemned. Even Jesus says of anyone who causes the stumbling of little ones, “it would be better for him if a millstone were hung around his neck and he were thrown into the sea” (Luke 17:2; Matt 18:6; Mark 9:42; italics added). For those who have so degraded themselves and hurt other innocents in the process, it is actually better for them that they are forcibly stopped, not only for the sake of those they are hurting, but for their own sake as well.

One of my favorite quotes from Goldingay’s article is about religion in general.

In First Testament terms, then, the question whether there is salvation in other religions is a non-question. There is salvation in no religion because religions do not save. Not even Israel’s religion saved them. It was at best a response to Yahweh, the living God, who had saved them. And only this God can save. When the nations come over to Israel, in the prophet’s vision, it will not be to say, “Now we realize that your religion is the best one,” but to acknowledge, “In Yahweh alone is salvation” (Isa 45:14, 24). (p. 6[XRef]).

No religion saves. This is the message that we share in conversation with Muslims. Even the word in Arabic that is translated today as “religion” (Deen) in the Qur’an, originally meant “way of life.” Allegiance to and dependence upon God alone, and his plan and redemptive acts in history, is what saves. As Goldingay notes, fulfillment of this redemptive history is in Christ alone. There is no other name in heaven or on earth by which we must be saved. To him has been given the name that is above every other name. It is being “in Christ,” and “remaining in him” that brings about the new creation.

Overall, the balance that the article strikes between guardedness and openness in respect to our interaction with people of other religions is very helpful. Acknowledging and even incorporating elements of other religions can be a starting point. Finding common ground can be a fruitful practice. But in the end, there is no religion that saves. It’s a relationship with Yahweh, through Christ, that transforms. In a Muslim context, new believers are constantly wrestling with those elements of belief and practice that can be “retained, rejected, and/or reformed and reframed.” 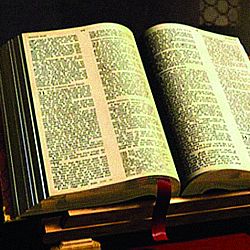 With 23 years in ministry, Samuel Livingway (MDiv, Fuller Theological Seminary; ThM, Princeton Theological Seminary) started sharing the gospel with Muslims in 2003. In 2008 he and his family moved to the Middle East, where they currently live, and have seen dozens experience new life in Christ. Currently he and some local believers are using social media to spark a spiritual Arab Spring with Jesus at the center.