Leading a large Muslim congregation in a place like Los Angeles in today’s political and cultural climate is challenging. Yes, like any other faith community in the increasingly irreligious environment in the U.S., Muslims also face the difficult task of passing on faith to the next generation. However, added to this challenge is the torrent of hostile rhetoric about Islam and Muslims permeating the media and perpetuated by a number of prominent Evangelical leaders. 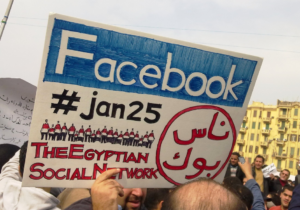 Religion and the media

It might be self-evident to suggest that the mainstream U.S. media does not do a good job of reporting on religion. The media, by its nature, tends to focus on conflict and controversy… What bleeds, leads; the Catholic sex abuse scandal, evangelicals and abortion clinic bombings/shootings, Islam and terrorism, etc… The reality is that those involved in these crimes represent a very small percentage of their respective faith communities.[i] Furthermore, the overwhelming majority of their co-religionists condemn their actions, regardless of whether or not the perpetrators attempt to justify themselves through faith and theology. The perspective of the majority is rarely given prominence in the mainstream media. Despite the fact that every Muslim religious leader of significance in both East and West has condemned all terrorism and particularly that committed by al-Qaida, ISIL, Boko Haram, and other such “Muslim” groups, the most often asked question of Muslim leaders, when speaking to general audiences in the West, is “Why are Muslims not speaking out in condemning terrorism?” This is an understandable phenomenon given the media’s coverage. What is disappointing is that evangelical pastors, at much higher rates than the average public, are buying into the perception that Islam is “spiritually evil,” “promotes violence,” and is “dangerous.”[ii]

The Role of Religion in Conflict

As a person who takes religion seriously, I hope and pray that people are motivated by their faith and that their religious convictions inform their behavior. The reality is that most people, in today’s world, are motivated far more by other factors, preeminent amongst them are culture, nationalism, economics, and power. We live in a world of nation-states, and I would argue that nationalism, not religion, is the single biggest cause of conflict around the world. While it is true that religion could be a factor in one’s national identity, it is often not the single biggest factor. If you take a look at bloody conflicts around the globe in recent years, the most common factor amongst them is that competing nationalist identity groups were fighting for control of the state and it resources. Take for example, the Basques in Northern Spain… all Catholic, but the Basques wanted their own country in the Pyrenees. In Rawanda, the Hutus and Tutsis were two tribes competing for the political power and control of the state. Religion was not a major factor there. Turkey has been fighting the Kurds, a minority ethnic population in the Southeast portion of the country that wants independence. Both groups are Sunni Muslim, but they have competing nationalist narratives. Sometimes the competing nationalist narratives in conflict zones do focus around religious identity. Think of Northern Ireland or the Sunnis and Shi’is in Iraq.

My point in all of this is simply that religion is not the driving source of today’s conflicts. Religion is often coopted by modern nationalist groups to rally popular support for political, economic and hegemonic goals. Imagine the situation in Myanmar. Radical ultranationalist Buddhist monks are encouraging their followers to violently attack the Rohingya Muslim minority.

Religion, when done right, can, in fact, be a source of peacemaking and conflict-resolution. The shared values of Islam and Christianity, for example, can actually serve as a foundation for a collaboration toward the common good. So where does that leave U.S. Muslims and Evangelical Christians. It has been my deep experience that the most welcoming and engaging Christians have been the mainline protestant groups. They consistently welcome Muslim speakers to help their congregants better understand Islam and their Muslim neighbors. They also express greater interest in collaborating on issues related to social justice and charity. I cannot tell you to how many Protestant churches I have been personally invited to speak. As for Evangelical communities, my experience is quite different.  Most evangelical churches seem more hesitant to invite a Muslim to speak directly to the congregations about Islam. Perhaps it is because of the attitudes expressed in the survey sighted above. Perhaps it has to do with the focus on evangelism and not wanting to confuse their congregants with mixed theological messages. Perhaps, power and politics is playing a role. Regardless, there is some hope in the efforts of Bob Roberts and Imam Mohammed Maged. They have undertaken the task of building bridges of understanding and close friendships amongst Imams and Pastors.[iii] This goal of efforts like these is to break down the negative stereotypes of the other and eventually change the narrative and discourse in the U.S. about Islam and Muslims.

[i] According to Pew studies, less that half a million Muslims supporting groups like ISIL and al-Qa’ida. This translates into to a mere .0003 percent of the global Muslim population of 1.6 billion 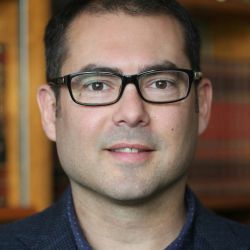 Jihad Turk, the President of Bayan Claremont Islamic Graduate School, and former Imam and Director of Religious Affairs at the Islamic Center of Southern California, has dedicated the past decade to improving the relations between the Muslim community and other faith traditions in Southern California. Jihad has been consulted by the White House and has traveled around the world (Indonesia, Morocco, Qatar, and France) for the US State Department to speak to Muslim communities abroad and represent the American Muslim Community. He has received awards for his religious leadership by Congresswoman Jane Harmon, the Valley Interfaith Council, and the South Coast Interfaith Council and has been acknowledged as a Local Hero in 2008 by the World Festival of Sacred Music. He also sits on the board of a Muslim-Jewish peace organization, the ReGeneration, which is developing a model for education that nurtures understanding and peaceful coexistence between Israelis and Palestinians.