“Call unto me, and I will answer thee, and show thee great and mighty things, which thou knowest not.” —Jeremiah 33:3 (KJV)

This scripture from Jeremiah is the right reflection for this significant time: it’s been 70 years since our seminary’s founder, Charles E. Fuller, launched classes in Pasadena. To honor that 70th anniversary, we are sharing resources from our archives throughout the year that celebrate the history, scholarship, accomplishments, and impact that define the Fuller legacy. Though I have only been at Fuller for four years, I find these resources and reflections very moving as a member of the institution that Charles Fuller gave so much of himself to serve.

In the 1940s, Fuller was reaching thousands through his popular radio broadcast, The Old Fashioned Revival Hour.When he dreamed of spreading the gospel even further through a new school that would train young evangelists, his friend Harold John Ockenga, a pastor and theologian, encouraged him to broaden that vision. The church, he said, needed pastors who were intellectually sound and culturally attuned as well as solidly evangelical.

When the two men and four other evangelical scholars met to pray about this vision, they heard God’s strong call—and Fuller Theological Seminary was born, a “center for evangelical scholarship” that would resist separatism and be a force for the renewal and broadening of evangelicalism. In September 1947, Fuller Seminary’s inaugural group of 39 students attended classes in the kindergarten Sunday school rooms of Lake Avenue Congregational Church—sitting in child-sized chairs as they learned from a charter faculty of theological giants: Everett Harrison, Carl F. H. Henry, Harold Lindsell, and Wilbur Smith.

Jeremiah 33:3 was Charles Fuller’s life verse when he started his radio program in 1934, and later when he opened the doors to Fuller Seminary. It is an appropriate scripture to guide us as we celebrate this anniversary and look forward to new opportunities for Fuller’s future. We are strategically retooling for a different world: offering fully online degree programs, rethinking regional campus functions, and restructuring the seminary around four areas—graduate programs, leadership formation, mission advancement, and operations—to strengthen our organizational effectiveness.

Chief among this season’s innovations is the new FULLER Leadership Platform, which will facilitate learning and formation in a variety of formats—from professional certificates to cohorts, classes, and more in addition to our traditional degrees. As always, whether through formation groups, centers of innovation, consulting, or career development, Fuller’s world-class scholarship consistently drives all we do.

For me, it has been important to remember the courageous and creative leadership of those who have gone before us at Fuller, pressing into the seminary’s rich history in ways that will guide us in responding to the needs of the church and our world in the future. As we enter into a new season burgeoning with possibility, I am trusting God to show us great and mighty things for another 70 years. 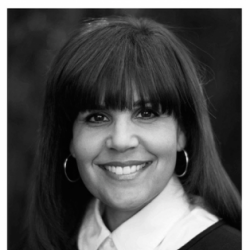