Shi-Min Lu is ambitious in engaging the formidable task of analyzing church leadership issues in the context of Chinese familism. She is correct in quoting David Bosch when he says, “theology must…be relevant and contextual.” However, those who have ministerial experiences in East Asia would understand the difficulty of taking cultural issues into theological considerations, especially those related to human relationships. Being fully aware of such difficulty, Lu approaches the issue by focusing on societal harmony as a link to Max De Pree’s notion of leadership. This unique approach seems to promise a way forward to revitalizing the church leadership issues in East Asian contexts. What follows, therefore, is my attempt to reflect on familism in the Japanese and biblical contexts in light of Lu’s article.

Familism and Confucianism in the Japanese Context

Although Confucianism is expressed differently in China and Japan, much of Lu’s discussion on church leadership would sound familiar to those who minister in Japan. A recent survey conducted by the Japanese social psychologist Ken-ichi Ohbuchi confirms there are certain similarities in the way Confucianism is expressed in different parts of East Asia. For example, people in China, South Korea, and Japan equally regards highly of “filial piety and obligation” compared to people in the US.[1]

To be sure, Confucianism in Japan exhibits a degree of difference as well. The same survey indicates that a significantly lower number of people in Japan, compared to people in China and South Korea, hold the view that the ideal leaders are more of the persons of integrity and virtue, rather than the persons of knowledge and skills. Ohbuchi believes that liberal democratic education in post-WWII Japan has prompted this watered-down Confucian expression.[2]

Even so, I would recall from my ministry experience that familism is at work in Japan. For instance, familism, and its negative effect of producing instruments of control, are sometimes expressed in Japan through the presence of what Lu calls “Boss Christians,” or those in leadership positions who might exercise abusive power. I suspect my experience reflects common problems troubling most, if not all, of Protestant churches in Japan.

Furthermore, familism seems to pose a different set of problems in the Japanese church context, namely in ways the harmony of the church is maintained by the initiative of church members, not leaders. In her article Lu sees the negative effects of familism in “bad” church leaders who exercise abusive, top-down and controlling power. A consideration of the Japanese context would enable us to recognize that familism can have negative effects even when there are “good” church leaders who stay away from exercising the coercive power and are sensitive to the issue of accountability. What I have in mind here is church members’ self-initiative, or spontaneous behavior, to support church leaders of parent-like figures.

In other words, this is the issue of “power from below” that is exercised to honor social harmony, a strong force arisen from non-leaders to maintain the existing social structure. Such a case is seen even in larger Japanese society. For example, the power of the Japanese emperor in pre-WWII Imperial Japan was supported by both “power from above” and “power from below.” Recent studies have repeatedly emphasized the significance of the latter. Thus, most Christians in Imperial Japan were less of the Germany’s Confessing Church type, or victims of the empire’s religious oppression, and more of the spontaneous supporters of the Japanese emperor and his regime.[3]

Of course, supporting leaders can be good, but a potential tension might arise when there comes a time for a church or denomination to have a new leader. Even if created by “power from below,” the established harmony of an existing group, centered on the previous, long-time leader of parent-like figure, often makes it very hard for the new leaders, especially if they come from outside, to maintain the similar vitality the original, “charismatic” leader used to possess.[4] Although the outcome is different. what described here is still an expression of familism in Japan, because such dynamics as sense of belonging, filial piety, and harmony prompted by group structure, are at work.

Familism and Biblical Context in Dialogue

Reflecting further on familism and its effect on church leadership, I would like to pose a question regarding Lu’s sharp contrast of the two ways that bring harmony in a group, namely, the maintenance of group status in Chinese familism and the focus on God-given gifts in De Pree’s leadership theory. When Lu contrasts the two ways, it appears that she is treating the two as separate and non-complementary notions. For example, Lu refers to Jackson Wu in delineating a negative side of familism, namely the elevation of older generations. It seems, however, that certain positions of church leaders in the biblical context, who supposedly possess God-given gifts, are also ones who are older and culturally respected. One might add that age and wisdom, which presupposes enough life experience, are usually, if not always, ingredients that help ones to earn respect.

There are several instances that some of leadership roles based on God-given gifts in the New Testament are prescribed or described along with the presupposed cultural background that honors age and wisdom. In fact, the very term “elders,” an important leadership role in the biblical concept of the church, seems to presuppose at least some importance of age, along with wisdom, to earn necessary respect of the community members. Such was the case with their precursors, the elders of cities in ancient Israel.[5] If the importance of age (at least in some degree), wisdom, and respect in the roles and functions of Israel’s city elders were in the backdrop of the New Testament view of non-coercive, gift-based church leadership, would it be possible, or perhaps even necessary, to view some status (even some age-based status) in the church and God-given gifts as complementary?

Lu has successfully presented insightful theological analysis that is contextual and relevant in the Chinese background. The story of Japan’s cultural neighbor certainly prompted me to reflect on my own church context. The reflection helped me to recognize the similarities and differences of Chinese and Japanese cultures. I also wonder how one might employ the same analytical tools for the study of Christianity in other East Asian contexts.

[4] Mark Mullins has observed that those Japanese indigenous expressions of Christianity often shrink in number after the leadership transitions from the original charismatic leader to the second generation of leaders. Mark R. Mullins, Christianity Made in Japan: A Study of Indigenous Movements (Honolulu: University of Hawai’i Press, 1998). 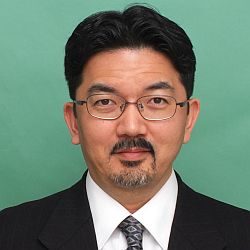