Mission as Witness in an Interfaith Context

The invitation “for an afternoon discussion” from Swami Tadatmananda of Arsha Boda Center1 stated the purpose of the meeting with the following question: “How can people with apparently different beliefs live harmoniously on planet Earth?” Yet during the question and answer session, young Hindu intellectuals in attendance did not hide their strong aversion to Christianity, particularly the legacy of its missionary enterprise. From my perspective, most in the audience were up-and-coming young Hindus.

A Hindu businessman and philanthropist Rajiv Malhotra moderated the meeting,2 and the speakers were Swami Tadatmananda, two Christian scholars, and a Muslim leader. The Christian speakers, Francis Clooney of Harvard University and my friend Cleo Kearns, did very well in responding to some accusatory questions from the audience. Swami Tadatmananda was the first and only Western (white) Hindu monk-teacher (or priest) I have met, and his Arsha Boda Center seemed to be doing very well among young intellectual Hindu migrants.

As was clearly indicated, the meeting was for “discussion” and not for dialogue, if the two are to be differentiated. Having said that, I now see how the discussion morphed into a debate. The two Christian presenters graciously and wisely prevented it from veering off course. The meeting demonstrated, in my view, the need for interfaith dialogue and a deeper understanding of each other’s faith. Dialogue is hard and difficult, but is becoming indispensable for coexistence among people of different faiths in today’s globalizing and increasingly pluralistic world. For Christians, interfaith dialogue is a fair and just means to engage in the mission of proclamation. In a world filled with information and misinformation, where the politics of religious identities often incite communal conflicts, religious people are challenged to give account to their faith truthfully. The globalizing postmodern world of ours demands a just and intentional witness of faith from religious communities. If Christianity has a hope to offer to our world, Christians are called to give an account of that hope (1 Peter 5:15).

A few weeks after the meeting at Arsha Boda Center, Rajiv Malhotra and his wife invited three Christians (including myself) for lunch and an afternoon conversation in their home in central New Jersey. What started as a casual encounter became a rich dialogical conversation, which led to subsequent meetings. The deeper the conversation between us, the stronger the trust we developed. The more honest we became, the more enriching the conversation. When the thoughts and ideas we shared flowed naturally and when we listened to each other with intensity and seriousness despite our differences, the dialogue was fruitful. Looking back, I think it was the Malhotras’ openness and seriousness that helped to foster a dialogical conversation.

I remember Rajiv’s rather negative description of the history of Christian missions in India, which resonated with what I had heard from another Hindu friend a few months before.

I first thought his story was an intentional ploy against Christianity in India, but later realized that it represented how these Hindu friends honestly understood Christianity in that region. I had to consider their perspective seriously and knew that discrediting should not be my first step. In response, I acknowledged the truth in the description of the story and then described what I thought was the larger picture. I chose a few historical examples to substantiate my point, some of which contrasted his claims. In succeeding conversations, I sensed Rajiv’s assent to my main point and a broadening of his understanding of Christian missions. Similarly, I also came to realize that many of my assumptions about Hindu perceptions and beliefs were rather simplistic, and as a result I developed a deeper appreciation and respect for the Hindu faith and practices.

Previously, I participated in several formal interreligious “dialogue sessions” in India, some of which could be characterized as simply “sharing niceties.” In such sessions, faith sharing was limited to what we thought our dialogical partners wanted to hear. Other sessions, such as the one with the RSS3 Chief K. S. Sudarshan in 2002,4 could not move beyond debating. These encounters have led me to conclude that until we reach a point when we can be honest and listen to one another with sincerity, we have not begun interfaith dialogue.

Since the second half of the twentieth century, Protestant churches’ missionary thought can be summarized under the following three rubrics: the conciliar, the evangelical, and the charismatic/Pentecostal. These broad categories serve as a way of classifying popular theological and missiological perspectives. The theological difference between the second and third categories is relatively marginal; but it is the tension between the last two and the first that polarizes the church today. In broader social categorization, one might call it a progressive-conservative tension. Because they both conserve and progress, however, the categories are not absolute, but fluid. This polarity has also been captured under the rubric of liberalism and evangelicalism, both of which have their own limitations. The polarization seems as much political as it is theological.

There is a tendency among conciliar churches to often oppose ideas and values embraced by evangelicals. For instance, the theology of “holistic mission” or “holistic ministry”—popular among evangelicals today as a way of merging or resolving the tension between evangelistic proclamation and social services—is not very different from the socio-theological tensions resolved by the conciliar fellowship in the 1930s around Life and Work and Faith and Order movements.5 The two movements merged and formed the World Council of Churches (WCC). Evangelicals were quite vocal in their objection to interfaith dialogue in the 1970s and the 1980s when the so-called pluralists were spearheading it. But today, interfaith dialogue is emerging as a significant missiological theme among evangelical theologians. To conclude that evangelicals are merely slower in the pace of their progress would be a gross oversimplification.

Early proponents of interfaith dialogue among Protestants and Catholics made headway under the rubric of pluralism—a slippery word indeed. No one denies religious plurality as a condition of coexistence within nations, societies, and neighborhoods. Such coexistence increasingly requires fairness to each religious faith and mutual respect among them. But pluralism has been used more prominently to denote a theology of relativism,6 a theology that deliberately relativizes the truth claims of different religions. This controversial theology denies the finality of any religious truth claim, and yet the denial itself is a final truth claim. For Christians, it questions the finality of Jesus Christ, or God in Jesus Christ.

The point here is that because interfaith or interreligious dialogue was first propounded as the project of pluralism it has been interpreted in intricate relation to pluralistic theology7 and thus confused with a theology of relativistic pluralism. In WCC circles, proponents of pluralistic dialogue contrasted mission with witness to relate dialogue with the theology of witness. In the process, the concept of mission was narrowed and inappropriately divorced from Christian witness.8 Because of this confusion, interfaith dialogue first experienced significant resistance among evangelical Christians. By “evangelical Christians,” we refer to both those actively involved within conciliar fellowships and those jelling in opposition to liberalism, crystalizing in separate organizations. With the claim for pluralistic theology as “the crossing of the theological Rubicon”9 in the mid 1980s, pluralistic theology seemed to reach its own zenith. Since then, a more objective analysis of its logic and arguments led to the questioning of its theological integrity. Many, including liberal scholars, questioned this pluralistic theology of religions. In the meantime, a more logical, biblically viable and consensual theology of dialogue is emerging.

The globalizing world stipulates a dialogical existence. Closer proximity among different religious faiths and the demand for fairness and justice between different faith communities necessitates interfaith dialogue on a practical level. Christian mission needs to function in the global religious marketplace, not with a domineering posture, but—to borrow David Bosch’s words—in “bold humility.”10 Only through a fair and honest sharing of our faiths dialogically can we participate in the interreligious marketplace. Outside the four walls of the church, monological proclamation as a way of sharing faith hardly works. We should also note that dialogical sharing of faiths is also risky. In a dialogical process, I could be converted to another faith as much as my dialogue partner could be convinced of mine.

It is important to note that Jesus’ interreligious encounters were also conducted in a dialogical manner. The dialogue with the Samaritan woman at the well (John 4) appeared deliberate on the part of Jesus. Against many social and cultural odds, he both initiated and engaged the Samaritan woman, boldly. Other instances such as the dialogue with a Canaanite (Matt. 15:22), a Syrophoenician woman (Mark 7:26) and a centurion (Luke 7:1-10; Matt. 8:5-13) were wedded to the faith of the dialogue partners. In all these recorded dialogues, declarations of faith in Jesus as the Savior were the outcome. 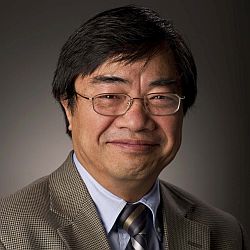