Tanya Riches raises important questions concerning the presence or absence of interfaith dialogue and peace-making (advocating for and pursuit of non-violent conflict resolution) efforts in Pentecostal and Evangelical congregations in her essay. In the first section of her writing she seeks to establish the influence of Pentecostal contemporary worship practices on Evangelicalism. She does not define Evangelicalism, but highlights a focus on the Bible, the cross of Jesus, individual conversion, and evangelism as important points of connection between Pentecostalism and Evangelicalism. It is true that a focus on the work of the Holy Spirit across the ecumenical spectrum and around the world has brought renewal to worship expressions in the 20th century. I have witnessed openness in worship celebrations to charismatic influences in Catholic and Protestant churches. It would be interesting to explore the connection between Pentecostal and Evangelical traditions with more precision (including historical, theological, and worship practice insights) in seeking to uncover evidence of interfaith dialog and peace-making.

The people of our present-day world are more mobile and able to communicate across a host of platforms more easily than most people in history. Many people are encountering adherents to unfamiliar religions and cultures. Wrestling with values, ideas, priorities, and social customs different than our own is growing with increases in the migration of people across political borders. The motivation for migration is often exposure to violence and exploitation of many kinds. Riches has recognized the importance of pursuing interfaith dialog and peace-making in this context of movement and instability. In considering factors that influence interfaith dialog and peace-making, it would be helpful to establish the recent history and current status of interfaith dialog and peace-making among Pentecostals and Evangelicals. Are these activities a priority of these faith constituencies? Who is involved and why? If not, why not? What strategies have or are being pursued? An analysis of this type might shed light on the potential receptivity for congregations to be open (or closed) to explicit (or even implied) content in worship songs advocating reaching out to non-Christians and pursuing reconciliation.

Discipleship is a complex activity pursued by those who seek to follow and emulate the teachings of Jesus Christ. The word itself is never defined in the essay. Discipleship for Christians involves spiritual formation and practice. Discipleship includes reading and meditating on the Bible, affirming central theological claims (as found in historic creedal statements), praying, sharing in the sacraments (such as, baptism and Eucharist), testifying to one’s allegiance to Jesus Christ, caring for neighbor as instructed by God in Christ, and actively engaging in the life of a Christian faith community. Participating in communal and private worship is included in the activities of discipleship. It is true that music (and other art expressions) used in discipleship-oriented activities have an impact on followers of Jesus Christ.  They can serve to emphasize central teachings and suggest avenues through which faith practices may be fulfilled. For the artist, the artifacts become evidence of faith (a public witness), offerings of praise to God, and can potentially serve as catalysts for faith growth in others. I agree with Riches that the music of Hillsong can contribute to the discipleship activities of followers of Jesus. The degree to which music has a formative effect on those who rehearse the repertoire seems to me to be very difficult, if even possible, to measure in any meaningful way. I say this in that music for worship was never intended to be a stand-alone source of belief nor expression of faith.

Riches would like to find worship songs to be a factor in inspiring interfaith dialog and peace-making initiatives. I believe that songs could function in this way (as could other art forms utilized in worship celebrations), but they will remain secondary sources of influence rather than primary sources. I say this because of the grounding of Christian faith in the Bible and the complexity of discipleship. A desire to engage in interfaith dialogue and peace-making in a congregational setting needs to be advocated explicitly by at least some leaders in a church.  Grounding the pursuit of interfaith dialog and peace-making needs to be located in the Bible, proclaimed in preaching, and modeled in ministry settings. Encouraging the fulfillment of these discipleship activities in songs is helpful but singing alone will not usually yield active understanding of the desired concepts or engagement in pursuing them. Interfaith dialog requires a desire on the part of each person to be curious about the beliefs and practices of people of other religions (or none). The pursuit of peace-making requires a desire to be curious about the conflicts of others and willingness to help resolve them in community. In addition to curiosity, a posture of mutual respect toward others is needed in order for genuine trust in relationship to be established. Interfaith dialog and peace-making activities require time. In my experience, the achievement of interfaith dialog and non-violent conflict resolution develops gradually (sometimes over many years), as friendships with people of other religions (or none) take root and grow through conversation and shared experiences.

In the “Sung Theology” section of her essay, Riches relies on a social media post “asking my friends from around the world to identify Hillsong songs that had increased their love for people who are unlike them, specifically those of other faiths”. A limited amount of insight can be achieved through this anecdotal approach, but there is no context provided for the data. There is no mention of the number of people contacted, locations of people, nor their qualification for providing the requested information. No mention of criteria to be used to verify the impressions of the respondents is included either. Riches acknowledges that the eighteen songs featured as anecdotal evidence do not refer explicitly to people of other world religions nor do they explicitly reference conflict, violence, or enemies. In light of this admission, it is difficult to substantiate any claim that loving people of other faiths or working toward reconciliation of conflict and peace-making is being promoted through congregational use of a Hillsong music repertoire. While it may be possible that some people make the type of connections to Hillsong music that Riches would like to find, there is no evidence provided in the essay to substantiate a broad discipleship influence.

Riches has been associated with the Hillsong community and its music for decades. Her assertions are worth investigating. An in-depth analysis of Hillsong music could be illuminating.  If such a study were to be conducted, it would be important to recognize the historical setting (including, time period, geographic location, denominational, and church polity influences), theological base (both of the faith community and of individual artists), artist profiles, aesthetic influences and preferences (including, identification of musical and performance sources), and motivations for composing, producing, and distributing its artifacts (for example, use in congregational settings or for commercial sales). Documenting the history and distribution of Hillsong music would be important too.

Many questions could arise from this type of project that may be useful in responding to Riches’ primary questions about the potential role of music in relation to discipleship. I wonder about the influence that commercialization has on the development of congregational song? If an artist is seeking to depend on the sale of an artifact in order to secure income for living, how might this influence the compositions that are created? I would imagine that artists would like their artifacts to be as widely distributed and appreciated as possible (in a word, “popular”). How much does a desire to create a popular song impact the theological depth, word selection, and even compositional choices? Songs written for congregational singing are often different than songs written for professional performance. Congregational singing and devotional listening are different activities. Both contribute to spiritual formation, but it is important to recognize that biblical or theological content included in a musical composition that is challenging to a listener (for any number of reasons) may not yield the same self-selecting listening pattern as content that produces no resistance in a listener/consumer. In the case of developing a desire to build relationships with people who are “not like us” (based on any number of factors, including religion, ethnicity, social status, or political leaning), a potential listener/music consumer might reject songs that challenge their existing convictions (either for or against inclusion). Artists may find it difficult to generate substantial income from composing biblically or theologically challenging songs, so may err on the side of less depth or even avoidance of such content.  Crafting a research approach to analyze songs used for congregational worship and private devotional listening would be very helpful for discerning the questions sparked in this essay.

In the latter part of the essay, Riches seeks to demonstrate that Hillsong music motivates people to actions of embracing others who are not like us and fulfilling peace-making activities. She does provide content that indicates the potential for music to have an influence in this way, but the only tangible evidence she links to this claim is the example of a group of Hillsong artists partnering with World Vision to produce a video that requests funding for Syrian refugees in need. While it is good for Hillsong artists to support the work of World Vision, the example does not demonstrate that music was the catalyst for this compassionate activity. It is as likely that World Vision contacted Hillsong to produce a fund-raising video as it is that Hillsong artists sought out World Vision to act on a desire to care for people of other religions who were in need.  In either case, there is no demonstration that musical compositions were the primary reason for this activity.

Musical compositions accompany our explorations of God’s Word in meaningful ways, providing avenues through which to rehearse biblical content and contemplate its application to our own lives and through ministering to the world. If Hillsong would like to share in promoting mutually respectful interfaith dialog and peace-making activities through musical compositions, it would be useful for the lyrics to reference these activities explicitly. Again, the musical compositions will not be the only (or even most important) factor in prompting interfaith dialog and peace-making. God’s Word and the interpretation and application of God’s Word to our faith activities, under the influence of the Holy Spirit, and within the context of a congregational faith community, will be the primary catalysts for initiating meaningful dialog with people of other religions and pursing reconciliation and peace-making. A Hillsong repertoire committed to promoting these discipleship activities would surely be an appreciated source for contributing to spiritual formation among those who seek such expressions of God’s grace and love. I appreciate the good questions that Riches suggests in her essay and hope that she and others will fulfill the research that could help us all better understand the role that music (and the arts) have in influencing Christian discipleship. 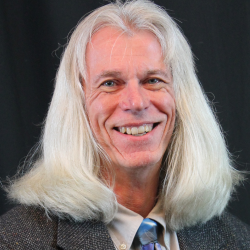 Mark A. Torgerson (Ph.D., University of Notre Dame) is Professor of Theological and Worship Studies at Judson University, Elgin, Illinois. He has been teaching and researching on topics related to theology, worship, and the arts for twenty-five years, with a focus on church design. Examining the intersection between modern architecture, liturgical renewal, and ecumenism is the subject of his latest research project.