Dr. Pauline Cheong is a pioneer and central figure in Digital Religion (DR). Her essay accordingly provides an excellent introduction and finely nuanced account of religious authority as a defining topic in DR.[1] Her analytical distinctions between stable vs. fluent forms of authority and primary questions of how online and offline practices and allegiances interact with these, in either conflictual and/or complementary ways, are standard and establish a clear framework within which to explore these phenomena in greater detail. Cheong foregrounds some of the most important empirical research and findings in these domains, including her central contributions. While much has been written in these areas,[2] Cheong’s essay is easily one of the very best introductions to, and explorations of, these matters.

It is also an exceptionally fruitful essay as it invites comment and response to an extensive range of elements and issues. For example, Cheong’s discussion of the digital divide evokes larger questions concerning the roles of late modern capitalism, and in particular “surveillance capitalism”[3], in deeply shaping the designs and possible uses of these technologies, as well as an implicit, but deeply mistaken technological determinism, that too many “techno-evangelists” assume.[4] Other topoi in DR such as identity, community, and ritual are also intimately implicated. Here, however, my aim is to enhance and complement the essay with a few additional considerations that I hope will be helpful, perhaps essential, as we seek to further think and feel our way through these complex phenomena.

Cheong is certainly correct to observe that, especially within the popular press, there is a strong tendency towards a “moral panic”, or a reactionary concern, as to “how the new and novel [threaten to] displace existing personnel and uproot religious practices” (p. 3). Especially if we expand our scope to the larger histories of media technologies and religious authority, however, the story is more complex. Marshall McLuhan and Walter Ong’s perspectives on Medium Theory[5], foreground how some religious movements successfully exploit new media technologies to spread their messages, build new communities, and cement sometimes new forms of authority.

This story begins with the development of writing itself followed by a shift from oral to textual forms of authority. Perhaps most notably, the success of the Protestant Reformation depended centrally on the skillful exploitation of new printing technologies in order to make the Bible increasingly available to lay audiences; the Lutheran doctrine of sola scriptura is revolutionary as it bypasses traditional priestly and papal authorities by insisting on individual and community interpretation of the text as the new form of religious authority. Similarly, while some religious communities indeed fretted over the potentially corrosive impacts of electric technologies on their practices, traditions, authority etc., otherwise “conservative” US Protestant and Catholic figures and communities were quick to embrace “electric media,” beginning with radio, film, and then TV, as new tools for evangelism. By the same token, the rise of the Internet and the World Wide Web, coupled with social media in the so-called Web 2.0 of 2005, opened up extraordinary new possibilities for not only spreading the Word to new audiences but also for building and sustaining religious community while sometimes deeply challenging religious authority (specifically with regard to interpretation of Scripture[6]). This occasionally occurs in more authoritarian directions, for example, by way of using social media as a surveillance technology to “nudge” conformity.[7]

Moreover, contra to early hopes and fears that such new technologies would liberate and “democratize”[8] as Cheong’s essay makes clear, much of the actual development and deployment of these new technologies works in primarily more conservative directions. We can see this in the Cheong’s example of robots taking on such “priestly” roles as offering prayers and funeral rituals (i.e. Pepper in Japan), and the German (Lutheran) BlessU-2 robot that reads Scriptures and blesses communicants.[9] Cheong rightly queries, “… are there ways in which these new machines can be adopted to support existing practices of religious authority?” I think the long-term answer is all but certainly yes, even in otherwise more “progressive” and ostensibly egalitarian institutions.[10]

There are however, important cultural differences in these instances that should also be taken into consideration. Japanese and animist traditions underlying Daoism, Buddhism and some forms of Hinduism, presume a non-dualist understanding of life, consciousness and spirit as infusing the entire order of “things”. This stands in sharp contrast with modern Western dualisms, inherited from Roman Christianities, that hold to the mind or soul as utterly divorced from, and superior to, an inanimate material order. As any number of scholars in robotics and comparative philosophy and religion have observed, this latter metaphysics underlies the “Frankenstein complex”; the latter is based on Mary Shelley’s famous novel, whereby any human effort to infuse life into dead matter can only be an act of hybris—one that is rightly punished as the monsters we create turn on us.[11] Accordingly, Japan has been at the forefront of developing and embracing these devices throughout the lifeworld, in both religious as well as romantic spheres[12], while Westerners have been typically more driven by Frankenstein and Terminator robot scenarios.

It should be noted however, that even in the West, “theological robots” such as BlessU-2 have found a surprisingly positive reception. Recent studies suggest that approximately 51 percent of some 2000 participants felt directly addressed and deeply blessed by the Word and Presence of God.[13] In parallel with these large cultural differences, it is also already clear that our reception of and engagement with such robots within Western traditions, depend significantly on our foundational assumptions.[14] As I have argued recently, Scandinavian Creation Theologies (SCTs), as rooted in the transformations of Lutheran traditions by N.F.S. Grundtvig and his successors, moves beyond Roman dualisms towards non-dualisms that, among other things, entail far more positive attitudes towards “matter” and nature as inextricably infused with the Divine. SCTs thus constitute a metaphysics and correlative attitudes somewhere between Lutheran dualism and animistic non-dualism.[15]

To be sure, while DR can trace its roots to the first analyses of religious groups on USENET in the early 1980s[16], with regard to the long histories of religions, we are still in the early days in our engagements with these often dramatically disruptive and transformative technologies. Towards this end, Cheong’s essay provides excellent insight and guidance. But, to use an older technological metaphor, stay tuned.

[3] Zuboff, Shoshana. The Age of Surveillance Capitalism: The Fight for a Human Future at the New Frontier of Power. New York: Public Affairs, 2019.

[12] Beyond various sexbots, the Gatebox virtual assistant is part of larger complex of developments among young Japanese, primarily men, who increasingly prefer the company of such virtual romantic partners to a real-world person: https://www.youtube.com/watch?v=bBOXQz7OHqQ 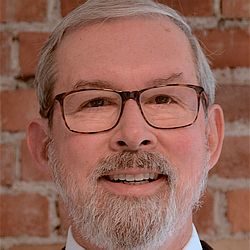 Charles Ess is Professor Emeritus, Department of Media and Communication, University of Oslo, Norway. He works across the intersections of philosophy, computing, applied ethics, comparative philosophy and religious studies, and media studies, with emphases on research ethics, Digital Religion, virtue ethics, and social robots. Ess has published extensively on ethical pluralism, culturally-variable ethical norms and communicative preferences in cross-cultural approaches to Information and Computing Ethics, and their applications to everyday digital media technologies; his Digital Media Ethics, 3rd edition, was published in early 2020.  His current work focuses on the meta-theoretical and meta-disciplinary complementarities between ethics and the social sciences, and their implications for applied ethics in ICT design and implementation, including social robots and AI. He serves as an advisor to numerous research projects, including social robotics and AI.