There are many pressing issues facing Evangelicals in the West regarding interfaith dialogue, some of which were briefly introduced in the inaugural issue of this journal. In that issue we stated the following:

For many American Evangelicals the topic of interfaith dialogue is confusing and suspect at best and downright dangerous or wrong at worst. On all accounts they face numerous challenges when considering if and how to enter into the realm of interfaith work. Those seeking to enter the broader interfaith conversations find themselves up against a firmly engrained relativism. This places Evangelicals in an awkward position and leads many to believe that the entire field of work needs to be completely avoided, or perhaps reconfigured to look more like the already accepted mode of public discourse with other religious and ideological groups—that of the philosophic debate. Neither of these options is sufficient for Evangelical interactions with other religious groups. Within the American Evangelical traditions, there is a need for a robust biblical, theological, and missiological foundation to be established that will enable faithful and sustainable forms of creative and self-critical interfaith dialogue to be worked out within the community of faith.

In this third issue of Evangelical Interfaith Dialogue, the vision and values of this journal will be discussed. Most importantly, though, the kinds of conversations we seek to enter into and those we hope to initiate through our efforts will become evident. That being said, Richard J. Mouw’s development of Martin Marty’s notion of “convicted civility,” in writing and in practice, has significantly influenced the editorial board members and informed vision of this journal. Here we print an updated and expanded version of one of his articulations of convicted civility that has been influential among a generation of Evangelicals. In this article, Mouw argues that neither religious conviction nor civil living need to be sacrificed in genuine encounters with religious “others.” Drawing on a robust biblical epistemology and theology of hospitality, he offers an insightful framework and helpful examples for how Christians can embody convicted civility as they cooperate with, learn from, and witness to persons of other religions. 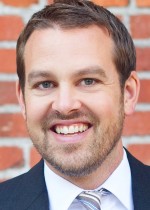