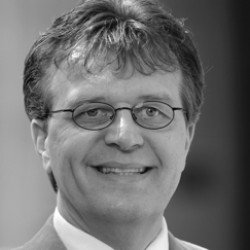 Veli-Matti Kärkkäinen, PhD, joined the Fuller faculty as associate professor of systematic theology in 2000 and was named full professor in 2003. He also holds a teaching position at the University of Helsinki as Docent of Ecumenics and has lectured and served as visiting professor in various schools around the world. He has taught and lived with his family on three continents: Europe, Asia (Thailand), and North America (USA).

A prolific writer, Kärkkäinen has authored or edited about twenty books in English (and seven in his native language, Finnish), including The Trinity: Global Perspectives (2007), One With God: Salvation as Deification and Justification (2004), and Trinity and Religious Pluralism: The Doctrine of the Trinity in Christian Theology of Religions (2004), as well as editing the Global Dictionary of Theology (with William Dyrness, 2008), The Spirit in the World: Emerging Pentecostal Theologies in Global Contexts (2009), and Holy Spirit and Salvation: The Sources of Christian Theology (2010). Currently he is writing a five-volume series covering all topics of systematic theology titled A Constructive Christian Theology for the Pluralistic World, to be published by Eerdmans (2013–2017); the first volume is Christ and Reconciliation (2013) and the second, Trinity and Revelation (2014). He has participated in a number of working groups of the World Council of Churches and has participated in numerous international theological, missiological, and interfaith consultations, including Edinburgh 2010 and the Conference on World Mission and Evangelism of the World Council of Churches (Athens, 2005). His ecumenical experience also includes long-term participation in several international bilateral dialogues.

Dialogue, Witness, and Tolerance: The Many Dimensions of Interfaith Encounters

Do We “Merit” Dialogue?

Discerning the Mind of Christ in a Pluralistic World: Theological Education in a New Environment