To Indigenous Faith and Practice

Juan Martínez has written a concise and thoughtful review of some of the major historical and cultural factors impacting evangelistic outreach among the indigenous peoples of Latin America. He well chronicles the challenges and complexities involved in such efforts—the emergence of nativistic religious movements, ongoing questions of syncretism, Christian attitudes of superiority and, not least of all, the often painful and harsh reality of missions history in this region. These issues have created impediments that the serious cross-cultural evangelist cannot, with any modicum of integrity or hope for success, minimize or ignore. Even the most sensitive Christian worker who zealously affirms the intrinsic value of indigenous peoples and their cultures must contend with the missiological maelstrom created by these vexing realities. They are the Scylla and Charybdis that cannot be avoided, and the evangelist must navigate through them with great care if there are to be meaningful opportunities for sharing the good news of the gospel in this context.

I am in full agreement with Martínez’s assertion that an attitude of humility must carry the day in doing mission among the native peoples of this region. Because of the long history of discrimination and persecution that the indigenous peoples of Latin America have endured, many North American and European missionaries— and their message—are still looked upon with suspicion by rural Amerindian populations. In my own research and ministry among the Cañari Quichua people of highland Ecuador, I have been struck by the fact that there are those in positions of leadership who are arguing loudly for a desevangelización (de-evangelization) of their culture. In the view of some, Christianity—in both its Catholic and Protestant forms—has been no small factor in the collapse of indigenous culture, identity, and power. Making the Christian message compelling in such an environment will require far more than understanding and compassion on the part of the evangelist. It will necessitate a renewed commitment to an incarnational model patterned after the example of Christ, a disavowing of status and power, and a self-emptying that opens not just the eyes but the very life of the missionary to the enormously real pain and struggle of indigenous life.

Concurrent with and integral to this appeal for an unfeigned missionary humility, I would also like to respond specifically to Martínez’s call to build “Christological bridges” with indigenous faith and practice. However, I want to approach this idea from a somewhat different perspective by focusing on the ubiquitous image of Christ that is so deeply ingrained in the popular religiosity of indigenous peoples. Jesus is by no means a stranger in this environment. His effigies, in a variety of manifestations, are found everywhere. The traditional Latin American Christological images (those brought by the Spaniards to the Americas and the ones most commonly observed in this context) tend to focus almost entirely on the two extremities of Jesus’ earthly life, that is, his nativity and his crucifixion. These images of Christ as divine child and expiatory victim elevate the “other-worldly” dimensions of his life, diminishing his humanity and tending to remove him from a meaningful role in the contemporary struggles of indigenous peoples. Certainly, the influence of Liberation Theology has given Jesus a social and political platform in some significant sectors of Latin America. Nevertheless, for the majority of native peoples, Jesus is viewed primarily as a divine Savior who opens the doorway to heaven and eternal life; he has little to offer in providing release or relief from the challenges and struggles of a an earthly, temporal existence. Those remedies must be sought out elsewhere—either from the Virgin or one of the Catholic saints, from the local shaman or curandero (healer), or through a sociopolitical process that often yields little, in spite of more than five hundred years of indigenous resistance.

One great exception to the almost exclusively soteriological function of Jesus in Latin America can be seen in the patronal Christ images of individual towns, villages, communities, and families.1 While these icons are not nearly as prominent as the more traditional Christological images or as numerous as the myriad images of the Virgin and the Catholic saints, they do represent one locale of faith where Jesus appears to be firmly and intimately linked to the real-life issues and struggles of Amerindian peoples. For the Cañari Quichua of Ecuador, these patronal images of Christ are believed to perform miracles of healing, prevent drought and floods, ensure the productivity of agricultural lands and livestock, bring success in relationships and business ventures, provide protection in travel and immigration, and intervene in circumstances that demand justice or vindication.

While one may choose to argue that the indigenous beliefs and practices associated with these cult images and local Christologies are superstitious or even idolatrous, the fact remains that the New Testament accounts of Jesus’ earthly life (particularly as recorded in the Synoptic Gospels) often focus on the provisional and protectional aspects of his ministry. The evangelist who sees value in this dimension of the gospel message may find a relevant point of departure for building an authentic and holistic understanding of Jesus’ person, work, and message among native Latin American peoples.

Such a focus on Synoptic Christologies, which tend to reflect a Christology “from below,” seems to provide indigenous peoples with a more natural avenue for discovering their own unique points of identification with Jesus, an important first step in developing a truly contextual Christology. Of course, connecting the provisional and protectional ministries of the historical Jesus with the authentic discipleship demanded by the Christ of faith will remain the great challenge, but this is part and parcel of a genuine enculturation of the gospel. The ultimate goal of all missionary efforts must be that Amerindian peoples will find Jesus—and the gospel—to be relevant in their own lives, to their own needs, and within their own culture.

Jesus Christ and the gospel will only become “good news” to the indigenous peoples of Latin America when they begin to provide answers to the questions that native peoples are asking, when they begin to speak to the uncertainties and fears that are most common in their culture, and when they begin to address the deepest longings and aspirations of their hearts. Endeavoring to build these kinds of “Christological bridges” could require the emergence of some new and different paradigms for Christ that may bear little resemblance to the classical Euro-American understanding. And yet, this is part of the process of dealing with a question that was first asked by Jesus himself: “Who do men say that I am?” The answer from Latin America may help us all see Jesus in new ways, opening our eyes and our hearts to understand more clearly “the fullness of him [Christ] who fills everything in every way” (Ephesians 1:23).

1These patronal Christs are sometimes local manifestations of universal Christian advocations. In other instances they are completely unique manifestations. In either case, these local Christs are believed to intervene directly in the lives of their devotees and possess great tutelary and/or thaumaturgic powers; hence, they are the objects of intense reverence and devotion. Pilgrimages, processions, community festivals, and high masses are held in their honor. These are the images of Christ to which the faithful draw near in their endless endeavors to overcome the challenges and the crises of life. They evoke great veneration, sacrifice, and expressions of thanksgiving. 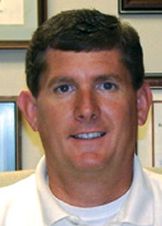 D. Allen McWhite Sr. is a professor of Intercultural Studies and Director of the Center for Global Missions at North Greenville University (South Carolina). He previously served as a missionary with the International Mission Board of the Southern Baptist Convention in Costa Rica and Ecuador. He is currently a PhD candidate (ABD) at Fuller Theological Seminary.