Misión Sin Conquista (Mission Without Conquest) is a record of a deep reflection prompted by the experience of a Mennonite missionary team living and walking with the Toba-Qom people in the region of Chaco, Argentina. In the form of a journal and collection of testimonies, the book offers a perspective “from within” the process of contextualization of the gospel that led to a new paradigm for cross-cultural Christian mission and, ultimately, for the Toba-Qom community, the formation of a genuine indigenous church.

As the title suggests, the authors aim to demonstrate that missionary vocation emanating from the gospel is one that rejects any kind of proselytizing, patronizing, colonizing, or conquering practices. Making use of more than forty years of service and participant observations, coauthor Willis Horst affirms that “any action that diminishes another is not worthy of being called Gospel” (p. 15). This conviction has led the Mennonite team to develop an alternative form of mission based on the idea of walking alongside those who are also seeking the life, prioritizing the integrity of the indigenous people.

One of the key terms on which the authors build their argument is the principle of “religious self-determination,” which points to the ideal of respect towards the cultural bases that define the identity of a group of people. The first foundation for this principle is based on an anthropological perspective that recognizes a people’s historical background as a legitimate and successful life-long goal. Here, each member has full capacity for participating in a dialectical selection of those aspects to be maintained or incorporated from both the culture of origin and the surrounding or external culture.

A second aspect for the foundation of “religious self-determination” depends on the missionaries’ theological understandings that enable them to recognize God’s blueprints in each individual and each culture. By employing different images or metaphors such as “utopia,” “shalom,” “earth without evil,” “memory restoration,” or even “new heavens and earth,” the indigenous people demonstrate that they are already developing different life-long desire, hopes, and goals. The gospel, therefore, operates as an input that straightens, contributes, and continues the pursuit of the life of a people, now being defined through the person of Jesus Christ.

Throughout the book’s narrative, the authors grow in their understanding of the kind of spirituality that the Toba-Qom have developed through the centuries. They recognize virtues such as wholeness of life (absence of dualistic conceptions), communal identity, an integration of faith and action, and mutuality in the created order of relationships. These are the elements that make the Toba-Qom theology one of extraordinary relevance and richness especially for the Western worldview. The authors also point out that sustaining and working from this anthropological and theological framework elicits a new understanding of the way of being the church that emphasizes a kind of religious pluralism in which “each people, culture or congregation has the possibility of understanding and interpreting the message of the Gospel from within their own culture” (p. 28). In this way, the churches are freely empowered to create new and locally appropriate spiritualities, theologies, and ecclesiologies that, in the eyes of a foreigner, may seem awkward or unorthodox.

The success of the Mennonite mission in Chaco, Argentina, can be attributed to a sincere acknowledgement that the missionaries themselves were representatives of a Western society responsible for terrible damages, abuse, and suffering committed against indigenous peoples. As a result, their missionary approach was conducted under a spirit of fraternity, patience, and vulnerability—one that adopts a posture that recognizes the white missionary is not the agent who brings God to the people, but instead one whom is brought by God as a guest. As a guest, the missionary shares meals, worships, and sleeps among indigenous brothers and sisters who for centuries have carried God’s image, and now do so in the light of one who is called “the way, the truth, and the life.” 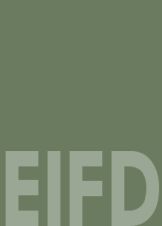 Sebastian Lopez is originally from Temuco, Chile. He moved to Pasadena California in 2010 to start his studies at Fuller Theological seminary in the Masters of Divinity Program. Together with his wife they serve in a pastoral ministry at a Hispanic church in south Los Angeles. He also likes to blog and spend time having conversations with Hispanic leaders through his website www.lentesnuevos.net.