Chinese familism has had certain influences on leadership formation that are expressed in the Vietnamese context which shares the social-cultural and religious dynamics of Eastern and Southeastern Asia, particularly the Three Religions: Confucianism, Daoism, and Buddhism. Since the premodern Vietnam period (from the tenth to fourteenth centuries), for instance, five different families–Ngô, Đinh, Lê, Lý and Trần–served as the Vietnamese dynasties.[1] Familial leadership in Vietnam is modeled after the Confucian familism of the North. For instance, Vietnam’s own political style, at least from the Lý epoch, formed after blending those internal and external influences, to be a replica of the Northern state.[2] By the early sixteenth century, the orthodox Neo-Confucian ideals had strongly affected the intellectual and cultural patterns of the Vietnamese elite and, through them, began to change the way of life of the population at large.[3] Vietnamese familial leadership, nevertheless, continued in society under the Nguyễn dynasty until the early twentieth century.

Familial leadership, however, has not been part of the process of the formation of Christian leaders in Vietnam. Although Christianity is in the familial leadership context of Vietnam, Christian leadership in Vietnamese institutions tends to be modeled after Western organizational structures. Group leadership, in fact, has developed and is more prominent and pervasive than familial leadership. An exceptional case, though, was the Ngô family in the modern Vietnam period. Ngô Đình Thục was the third Vietnamese bishop of the Catholic Church of Vietnam. In 1954, an exodus of the Northern Catholics to the South occurred in which Ngô Đình Thục’s brothers became the leaders of the Republic of Vietnam (Ngô Đình Diệm was president of the Republic of Vietnam, while Ngô Đình Nhu was the state’s advisor).[4] Within the Protestant Church (e.g. the Evangelical Church of Vietnam), familial leadership is not evident in its history.[5] Perhaps the church’s leadership was learned and modeled after the foreign missionary’s policy of organizational structural leadership from its early days, so that there has been no case of Chinese familism in its leadership formation. Nevertheless, group leadership tends to favor clan/familial or close relationships rather than bringing in outsiders when transferring or extending leadership power.

[1] The Premodern Vietnam period is that during which the Viet people struggled against Northern domination (up to the tenth century, 939 C.E.), and finally established an independent nation under five different dynasties: Ngô, Đinh, Lê, Lý and Trần from the tenth to fourteenth centuries. The second period or Early Modern Vietnam, includes the fifteenth to nineteenth centuries, during which there was the expansion of the southward influence, encroaching upon existing populations of the Cham and Khmer ethnic groups under the Nguyễn dynasty. The last period or Modern Vietnam is that time in which Vietnamese literature found fresh, new ways to express itself in the vernacular Vietnamese, the quốc ngữ. For the full Chronology, see George E. Dutton, Jayne S. Werner, and John K. Whitmore, Sources of Vietnamese Tradition. (New York: Columbia University Press, 2012), xxi-xxxiv.

[3] See John K. Whitmore, “Social Organization and Confucian Thought in Vietnam,” Journal of Southeast Asian Studies 2, no. 15  (1984): 296-306.
Further understanding of Vietnamese society at this time, one may need to look at the major law code of the transitional period in the history, the Quốc Triều Hình Luật (National Penal Code) of the Lê dynasty (1428-1788).

[7] Ching argues that the notion of a personal deity (Heaven) has survived up to the 20th century through an official cult offered to Heaven and through the popular belief in a Heavenly Ruler.

[9] The Doctrine of the Mean, XX, 8, cited in Peter C. Phan, Christianity with an Asian Face: Asian American Theology in the Making. (Maryknoll, NY: Orbis Books, 2003), 132. The relationships and the corresponding virtures are listed more fully: “The duties of universal obligation are five, and the virtues wherewith they are practiced are three. The duties are those between sovereign and minister, between father and son, between husband and wife, between elder brother and younger, and those belonging to the intercourse of friends. Those five are the duties of universal obligation. Knowledge, magnanimity, and energy, these three, are the virtues universally binding. And the means by which they carry the duties into practice is singleness.”

[10] See Yao, An Introduction to Confucianism, 26. Later the great Neo-Confucian, Chu Hsi, achieved a philosophical synthesis of the speculative thought which blossomed forth during the tenth and eleventh centuries. He did not hesitate to borrow selectively from Buddhist ideas and vocabulary, in his reintepretation of Confucian teachings, bringing to light a transformed view of the world and of man. See, Julia Ching, Confucianism and Christianity: A Comparative Study. (Tokyo: Kodansha International, 1977), 128-40. 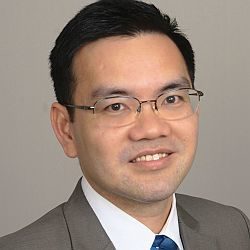 KimSon Nguyen earned his PhD in Intercultural Studies from Fuller Theological Seminary, California, US. He is an ordained minister and has served the church in mission, pastoring, and church planting in Vietnam and the US. He currently teaches at Union University in California and Hanoi Bible College and works with AsiaCMS to advocate a catalytic missiological training for the church in the context of Asia as well as collaborating missional services among churches in the Southeast Asia region.