Responding to Our Cultural Situation

“Understanding our culture and Christianity’s relationship to it can only be approached from inside our particular lived situation. Our challenge is not a theoretical one, how to reconcile the idea of Christianity with some theory of culture, but a practical one, how to respond to our particular situation in a way that is consistent with what we know about God’s purposes. We must discover how in practice God’s presence ‘works’ in our cultural situation.”

+ William Dyrness, professor of theology and culture, in his book The Earth Is God’s: A Theology of American Culture. Responding to “our particular lived situation” informs Fuller’s classes on campus and at immersion courses at such cultural sites as New York City. Interpreting the many messages of Times Square (pictured above, from the New York City immersion course) is not unlike interpreting popular culture—messages to engage both theologically and practically. Learn more about Fuller’s immersion courses here.

“If theology and the Christian faith is going to be intelligible or make sense to anyone in the modern world, it really has to come from a place of being conversant with culture. We need to honor and respect the things we’re engaged in dialogue with just as if it were a person sitting across a coffee table from us. One of the challenges for evangelical Christians is that we’re not very good at being conversationalists. We tend to speak before we listen, and when we do that, we’re not actually hearing what the culture is saying.”

+ Kutter Callaway, professor of theology and culture, from Watching TV Religiously: Television and Theology in Dialogue. Callaway is pictured here in conversation with actor Morgan Freeman, as part of a television series that aired earlier this year on the National Geographic Channel. Watch the episode here. Listen to Kutter and screenwriter Dean Batali discuss television and theology in their podcast Televisual Theology.

“We need a hermeneutic that includes not only Scripture and the tradition of the church but also cultural receptivity and human experience. . . . Not only can Scripture provide an interpretive grid for our experiences, but our experiences can also become the ‘spectacles’ through which we reread the Scriptures and church tradition, looking for insight from God’s Word that might provide further interpretation and illumination and vice versa.”

A Theology of Popular Culture

“Popular culture . . . is the main site for the exchange of ideas in contemporary culture, and it serves as the lingua franca of the postmodern world—if you can’t speak pop, there’s a chance your ideas won’t be heard.”

+ Barry Taylor, the Brehm Center’s Artist-in-Residence, in his book Entertainment Theology: New-Edge Spirituality in a Digital Democracy. Pictured: Taylor spray paints a graffiti art installation at the music and technology festival South by Southwest. Voices from the Fuller community in this section engage popular culture as a “site for the exchange of ideas” from a variety of perspectives. 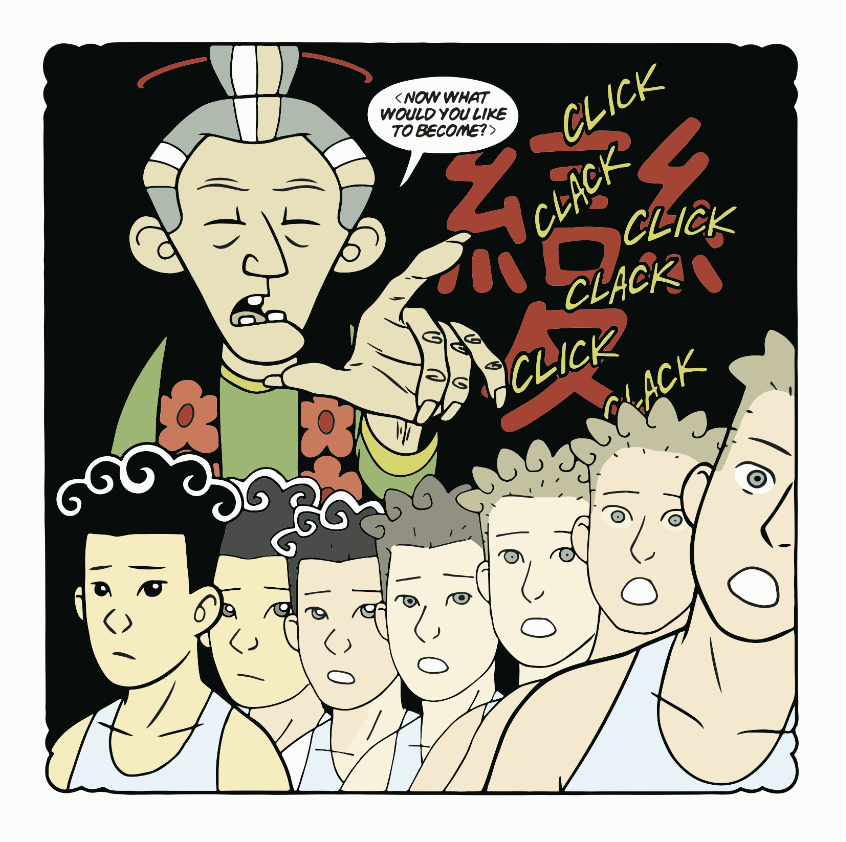 + Graphic novelist Gene Luen Yang (quoted above), keynote speaker at the Asian American Center’s Altered Egos Conference, spoke on American comics, Asian stereotypes, and the importance of representation. Rather than choosing one culture or the other, Yang suggests a balanced approach he ultimately finds in Christ himself. Watch his lecture and more here. Pictured above: an image from his award-winning graphic novel American Born Chinese.

+ The Altered Egos Conference, a two-day event put on by Fuller’s Asian American Center, gathered culture-makers, artists, and writers to consider the importance of representation in pop culture and Asian American identity. Program Director Daniel Lee (pictured left) reflected: “It’s a common theological fallacy to think that our Christian identities replace our racial/ethnic identities as though we can be some neutral abstract persons in Christ. When this misunderstanding is abetted by the lack of representation and misrepresentation of Asian Americans in pop culture, it can lead to many Asian Americans hiding the ‘Asian’ parts of their identity. Asian Americanness becomes their hidden altered ego. This conference explored how recovering one’s Asian American identity can become a source of creativity, insight, and strength for Christian discipleship and calling.” Read more from Daniel at the conference’s co-sponsor Inheritance Magazine.

“Both in times of tremendous exuberance and in times of my deepest sorrow, I have found art to be a welcome companion on the journey of faith. There are works of art—songs, books, movies, paintings—that serve as significant markers in my life thus far. Haven’t we all got that list of deeply meaningful works of art that we find some deep emotional connection with?”

+ Nate Risdon, associate director of the Brehm Center, from an interview on faith, art, and leadership on Faith & Leadership. Pictured above: Nate (far right) walks with immersion course participants through the streets of Austin, Texas, at the South by Southwest music festival.

Modern Art and the Life of a Culture: The Religious Impulses of Modernism
Jonathan Anderson and William Dyrness (IVP Books, 2016)

American Theology, Superhero Comics, and Cinema: The Marvel of Stan Lee and the Revolution of a Genre
Anthony Mills (Routledge, 2013)