I was grateful for the opportunity to catch up with my brother, Michael Ebstyne, director of AI strategy for Microsoft, soon after he returned from speaking at Oxford University, at a Templeton Worldwide Charity Foundation conference centered on the theme of “Citizenship in a Digital Age.” It was fascinating to hear his reflections on the pitfalls and potentials of current and emerging technologies.

PAMELA EBSTYNE KING: As director of AI strategy at Microsoft, what do you work on?

MICHAEL EBSTYNE: I’ve worked at Microsoft the better part of the past 10 years, primarily on applied artificial intelligence—computer vision and speech services, including HoloLens, the world’s first holographic computer. Now my focus is more broadly working on defining the next generation of AI and wrestling with the challenges created by old technologies. Ethics has rapidly become an integral part of my work.

ME: Today, ethics is central to every technology conversation I’m a part of. Historically this wasn’t the case. Now that digital technology is on the verge of mimicking humanlike behaviors, observing things and making decisions on our behalf, it’s highlighting the importance of trust. There are so many unspoken assumptions about what being in a human community is truly about. When digital actors start to take on those roles, we find that people, rightfully so, have great cause for concern as to what alternative agendas the digital actors may be supporting. Our innate sense of safety is being challenged in a new way by technology.

PEK: You were recently speaking at Oxford University on “Citizenship in a Networked Age,” funded by Templeton World Charity Foundation. Tell us about that.

ME: Recent technologies have amplified individualism at the cost of responsibilities or a sense of accountability. Without accountability, there can be no trust. Without trust you get an exclusive culture. When individuals feel excluded, you get poor decision-making and a poor personal experience. There is a direct connection between accountability, or duty, and trust. And higher trust environments perform better—creatively, financially, and all around.

This is as much a global issue as it is a corporate issue as it is a local issue. Today, it appears the hyperindividualism accidentally ushered in by smartphones and digital technology has strained communities at all levels. It is impacting nations, corporations, schools, cities, social groups, and families.

More information doesn’t directly translate to more freedom. If it’s practiced in a way that overamplifies individualism, then it appears to be reducing freedom. At the highest levels, we have reason to pause and contemplate whether democracy can endure the hyperindividualism that is unfolding. Is democracy dead and we best fend for ourselves in the new digital world? Or are we going to better manage what we have? The status quo doesn’t appear to be working very well.

PEK: How does this impact one’s daily life, and what can we do about this?

ME: Start by practicing trust. Take inventory on what it means to be a parent, a friend, a brother, a sister, a teacher, a manager, a citizen, a team member, and take honest stock of your accountabilities and leverage that connection and commitment and duty back into your life. You have to transcend the shallow veneer and reach a deeper shade of human. When in doubt, seek your heart for guidance. 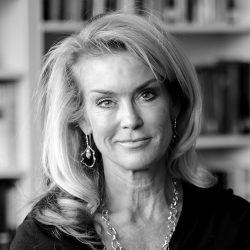 Pamela Ebstyne King is the Peter L. Benson Associate Professor of Applied Developmental Science at the School of Psychology. 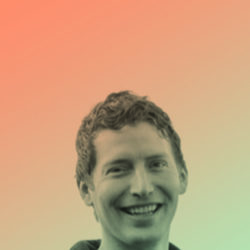 Michael Ebstyne is director of AI strategy at Microsoft. His 20 years in technology have included his helping Microsoft’s HoloLens move from concept to product and helping deliver it to the International Space Station. He has 11 patents in analytics and “mixed” reality. His mission is to unleash the hero within individuals, enabling them to achieve extraordinary dreams.