Nearly two dozen Fuller faculty, staff, and Board of Trustee members attended the 2010 Lausanne Congress held in Cape Town, South Africa—among them a team from the Brehm Center for Worship, Theology, and the Arts who produced the opening and closing ceremonies of the eight-day event. The Brehm team was invited by the leadership because of its reputation for bringing the arts into conversation with theology and integrating the arts in worship. Team members drew upon the local talents of Cape Town artists and craftpersons to engage the over 4,000 people from around the world who gathered in their city. Through nearly two years of planning, the team from Fuller organized, orchestrated, and choreographed a two-hour opening ceremony and a closing worship service. The opening involved dance, song, orchestra, drama, and film as people were welcomed to Cape Town and given a glimpse of the history of world evangelization through the documentary Turning Points in Christian History. The closing ceremony achieved a rare success: drawing people from every corner of the globe and every conceivable denomination and Christian tradition together around the Lord’s Table. Michael Cassidy, a Fuller alumnus and local Cape Town host of the Congress, spoke of the power of the closing communion service, saying “we will never experience another communion service like that until we actually celebrate the feast in heaven!” As hoped, the careful integration of local art and artists into the worship event served to bring people together around the Word and the table of the Lord.

Over 500 local singers, dancers, instrumentalists, actors, and artists were involved in the Brehm Center productions. One of the Cape Town participants was especially productive. Trevor Sampson was involved in recruiting local musicians, composing songs for the closing worship, recording music, and serving as lead vocalist at the opening and closing ceremonies (not to mention leading worship each day of the Congress). In the end, the opening and closing ceremonies demonstrated the power of music and the arts to create resonance between peoples. Participating in the event was a deemed a great honor by the hundreds involved. They served with boundless energy and joy, knowing the impact their artistic excellence would have on the event and on the worship of God’s people.

The reach of these events continues to expand. Recently, Ed Willmington, a member of the Fuller team and the orchestrator and conductor for the ceremonies in Cape Town, has produced a recording of the original Congress music that has been presented to the Lausanne organization called Reconciled in Christ—it is also a fitting description of those who came together in Cape Town, drawn into one body through the Spirit’s use of worship and the arts.

This article was published in Theology, News & Notes, Fall 2011, “Where In the World Are We? Reflections on Fuller’s Expanding Global Reach.” 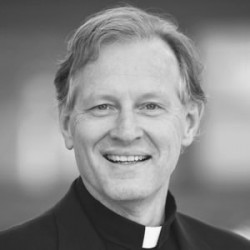 Clay Schmit served Fuller from 2000 to 2012 as Arthur DeKruyter/Christ Church Oak Brook Associate Professor of Preaching and academic director of the Brehm Center.