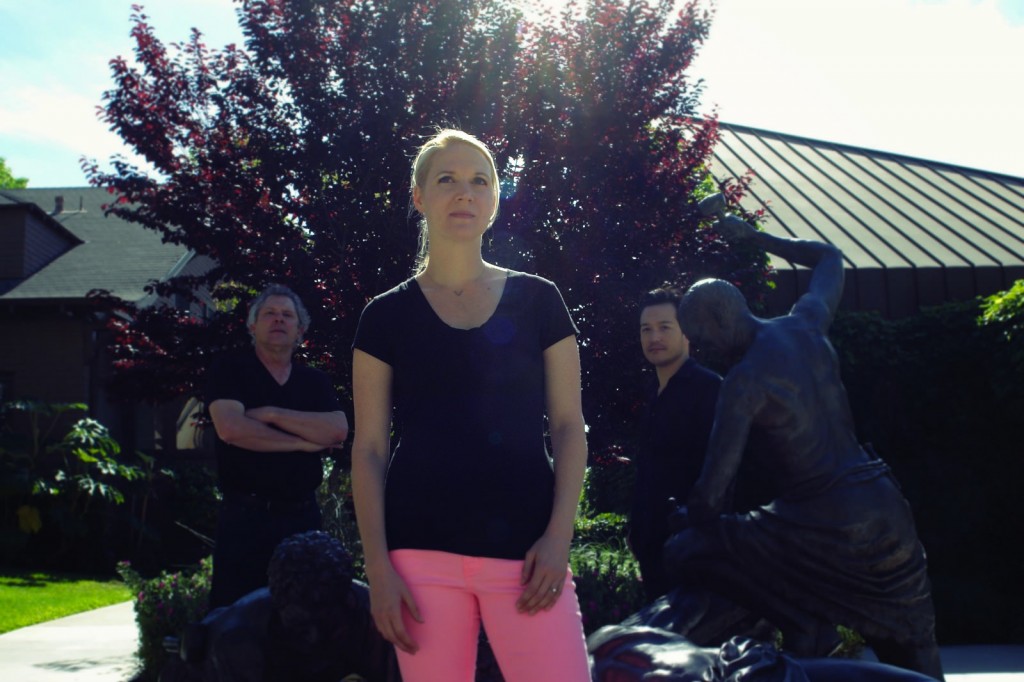 + We revisit these stories on the occasion of the statue “Christ Being Nailed to the Cross” being returned to its owners, and express our gratitude to Chris Slatoff and The Via Dolorosa Society for the years we have enjoyed its presence on our Pasadena campus. Fuller’s Commencement ceremony is a time when many reflect on years of rigorous work and change weighed against original dreams and expectations. Katherine Lee’s experience in 2012 provided her a chance to see how learning took place outside as well as inside the classroom. Walking every day by Chris Slatoff’s sculpture taught her the primacy of worship. In turn, her story inspired 2011 grad Christopher Min to create a thoughtful, contemplative video commenting on—and facilitating—this same theme. Combined, their work inspired the statue’s sculptor and Brehm Center Artist in Residence Chris Slatoff to look up for a brief moment and remember “why we are all here in the first place.” We share these reflections here with you—brought to life through Tamara McMahon’s photography—as a collective meditation for the Commencement season.

I have walked by Chris Slatoff’s statue of Christ being nailed to the cross a thousand times in the five years of attending Fuller and working at the David Allan Hubbard Library, and I have often had the niggling thought that it represented something important for me that I could not fully name. It was not until I sat in Lake Avenue Church as a graduation candidate in 2012 that I realized its significance.

Commencement was a time when, appropriately, everyone asked about the significance of completing a degree at Fuller. “What do you plan to do with your degree?” my grandma in Texas asked over the phone the night before. I heard a different question: Why had I chosen to uproot my husband’s life, and my own, and go to seminary in the first place? For the years I attended classes and worked on campus, such questions made me feel sheepish, made me stare at my feet and kick at nearby debris as I waited for an answer to surface in my mind. “Uh, I don’t know,” I might say to fill the awkward pause, “I did the degree ’cuz I like school.” That was my standard attempt at humor, masking the dismissal of a weighty subject I had difficulty engaging.

But sitting in an uncomfortable church pew amidst all the pomp and circumstance, while the recitation of hundreds of names droned in the background, I tried to line up memories of my studies like pearls strung together on a necklace. I wanted to give cohesion and beauty to these years of life placed willingly under the strain of constant academic pressure. The first image that emerged was of me sitting in front of my laptop with a stack of clothbound books, fidgeting with my disheveled hair, rubbing my temples, and eyeing a nearby bottle of Tylenol. The memory, though accurate, lacked the elegance and depth I wanted. I let my mind wander several blocks south to campus, to Payton Hall, Lee Edward Travis Auditorium, and Coffee by the Books where I had spent a fair amount of time, hoping those places would frame my experiences. I banked on their evocative power, but nothing surfaced. Instead, I kept drifting to the Slatoff statue until, in a flash, I understood the hold it had on me, recognized it as the thread for my pearls.

And the pearls were memories of people I had watched engage the sculpture. For the most part, the people were “outsiders”—men and women who crossed Fuller’s campus as they moved from one destination to the next, either for convenience or for a brief reprieve from the concrete and steel of the surrounding blocks of downtown Pasadena. They were not Fuller students, faculty, or staff. I remember one chef-in-training who was on his way from the nearby Le Cordon Bleu culinary arts school while I was sitting on the benches outside the library. He was on his bike, still wearing his white seersucker and skull cap, and I imagined him relieved to have his shift over. As he cycled by the sculpture, he sat up straight, removed his hands from the handlebars, acknowledged the bronze figures, and crossed himself, smiling. I was facing another intense day of work, study, and wifery, with little room for Sabbath, yet his gesture suspended my drivenness for a sweet second, and caused unexpected jubilance to bubble up in me. For me, his reverence was a lesson in satisfaction and relief, about the joy that comes when we achieve symmetry between work and rest.

Another pearl on the string was the recollection of a morning when I headed to my office early enough that my shoes were dampened with dew from the mall grass. I unintentionally startled a woman who was on her knees weaving roses into Jesus’s crown of thorns. Her clothes suggested she was of humble means, yet her worship was extravagant. The air around her crackled for me like the onionskin pages of a Bible, and I perceived her as one of its ancient cast, embodying the narrative element of paradox. I, too, played a part as I stumbled into the scene—well-dressed and numbed to my purpose as one who loves the Savior. It was not the role that I, a seminarian, wanted to be cast for, but there was no denying that the image fit.

The last memory that sprang to mind was, for me, the most potent. In the middle of the day, I waited at the library’s steps to meet a friend for lunch while students milled about making their way to class. Nothing was out of the ordinary. A Latino day laborer, dressed like many of the trabajadores that congregate in Northwest Pasadena seeking work, approached the statue and caught my attention. He was one of the men that repair this city day in and day out, whom many find so easy to overlook. He moved close to the statue and doffed his cap in respect. He looked around for a moment, perhaps shy, a bit tentative, and then seemed to make a decision. He crouched down and touched Jesus’ left foot, then touched his own left foot. He touched the bronzed Day Laborer’s foot again, then his own one more time. He silently moved on and went about his day after the ritual. What desire had it contained? A longing for healing? To walk as Jesus walked? His prayers were his own, but they deeply affected me: I felt I ought to have taken off my shoes in the tender holiness of that moment.

“Christ Being Nailed to the Cross” is situated between the lush, tranquil prayer garden and the clean, commanding architecture of the David Allan Hubbard Library. Though it is intentionally placed between worship and scholarship, it is not equidistant to them. It is, as it should be, decidedly closer to the garden. The “outsiders,” and their acts of worship, taught me something about my alma mater. As is often portrayed in biblical narratives, those who are considered least qualified to grasp the gospel often understand before the learned do. It is the Magi, the Syrophoenecian woman, and the Centurion who grasp the meaning of Christ more intuitively than the earnest seminarian. At graduation, I realized that the outsiders knew the primacy of worship, that it takes pausing to cross oneself, to weave flowers in his metal thorns, or to touch his feet in faith, in order to be made whole. Devotion has its many forms, and I came to Fuller because I sensed that scholarship could be one of them. But it was never meant to eclipse praise, wonder, or recognition of need. Like the sculpture, Fuller was my sacred place, my place to offer up my mind and its heartfelt questions for his glory. I came to become an outsider again.

This article was originally published in September 2013. 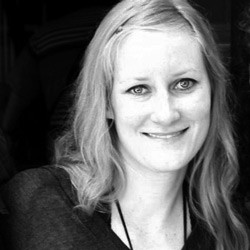 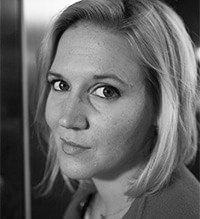 Katherine [MAT '12 in Theology and the Arts] is a Director of Development for Foundation Relations in Fuller's Office of Development. She is particularly interested in the way that story and metaphor interact with the concrete realities of history and shape our faith. 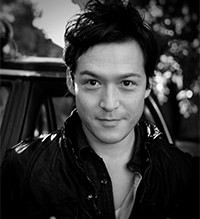 Christopher [MAT '11] is a filmmaker, photographer, and freelance producer living in Los Angeles. 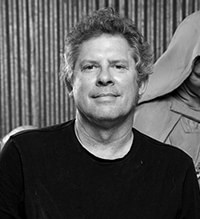 Christopher is an award-winning sculptor and Artist in Residence with the Brehm Center for Worship, Theology, and the Arts at Fuller.