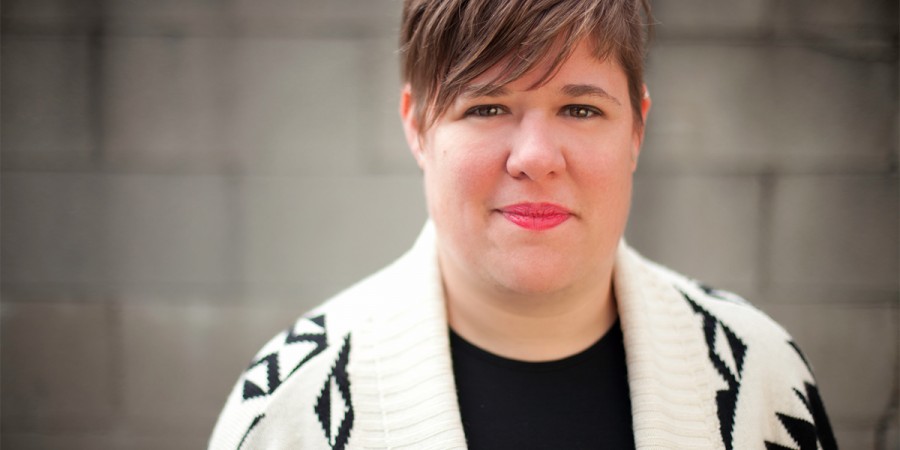 “We hope for better things; it shall rise from the ashes.” – Detroit State Seal

When her mother’s 14-year battle with cancer came to an end in 2008, Amy Kaherl moved home to Detroit. She felt a sense of relief when it was over, knowing the pain was done. Amy’s own journey during the years of her mother’s pain were filled with struggles of her own: trying to find her place in her family, at school, and in the church.

Shortly after becoming a Christian, Amy attended a small conservative university where she felt isolated as an-out-of-the-box thinker and limited as a woman. She was confused about her gifts as a bold, creative leader, unsure where she fit in the world. In 2006 Amy began her MAT at Fuller where she continued to struggle with meaning, purpose, and integrating her thoughts and passions. However, Fuller gave her a much broader array of learning that included theology of the body, the relationship between theology, art and culture, and allowed her to connect with professors who became friends and mentors. Partway through her program she moved into an intentional Fuller community known as “the Green house” where she found a small community of like-minded artists, risk takers, and free thinkers and that built up her confidence. Though not without its challenges and growing pains, it was the first time a Christian context gave her validity as a woman theologian and allowed her space to consider her faith from various angles. When she returned to Detroit later she left a place where she was accepted. Returning home, it was in the wake of grief and the unknown path of her future.

A Badge of Honor

“Many people are surprised to hear that I studied theology, but the ones who can see the beauty of the collaboration smile and give me hugs.” Amy returned home to a city that was also in the flux of transitioning out of pain and redefinition. In 1805, just 100 years after its establishment, the city of Detroit burned to the ground. The state seal, designed by J. O. Lewis, portrays two women standing next to one another. One stands to the left crying while flames and smoke engulf the city behind her, while the woman on the right comforts her with a strong new city towering in her background. The Latin words “speramus meliora; resurget cineribus” wrap around them in banners: “We hope for better things; it shall arise from the ashes.” In the last century the city suffered a similar toll. While it didn’t burn to the ground, areas were vacated, abandoned, and even pillaged due to the closing of major car factories, shifts away from the city into the suburbs, and economic bankruptcy. However, the city would boom and bustle again, and that was the city to which Amy Kaherl returned.

Amy found herself invigorated by being back in Detroit. She quickly built a network of creative friends and found supportive neighbors in ordinary places. It is “the biggest little city,” making it easy to run into familiar faces and have a sense of “friends helping friends.” There was never a dull moment between good pubs, art shows, playing soccer, dance parties, and being part of community events. Where many people fixated on Detroit’s economic collapse, Amy found it brimming with passionate people responding to their situations compassionately and creatively.

Amy met local artists Kate Daughdrill and Jessica Hernandez and, after they moved on, helped carry out their vision for “Detroit Soup”—monthly soup dinners awarding micro-loans to fund projects that re-envision the city, based on a concept originating in Chicago. On a typical night, doors open at 6:00 in an old building. Five dollars buys a bowl of soup, salad, bread, pie, and a vote. The food is donated by obliging community members, and welcomes people entering into an unfamiliar situation with hospitality and ease. They then listen to four four-minute project proposals, ask three to four questions, vote in booths, and hear which proposal has won the funds raised at the dinner. People’s connections at the dinners have led to jobs, art collaborations, a theater company, and even a marriage. The projects range from a jacket that doubles as a sleeping bag for homeless people during the winter (made by women living in shelters), to a playground made with old rubber tires creating a dragon that weaves through Highland Park, to Rebel Nell—a jewelry company that hires women from local shelters to make jewelry from graffiti. One of Amy’s favorites, the Detroit Youth Food Academy, empowers high school students by teaching them how to grow, prepare, and sell their own food.

For the past three years Amy has been the coordinator and facilitator of Detroit Soup. She has been recognized by the New York Times, NPR, Urban Innovation Exchange, Dwell, French Glamour, the White House Champion of Change Program, the BBC, NBC Nightly News, and O Magazine. Amy has twice given lectures at the prestigious TEDxRedding and TEDxDetroit—independently organized TED events that spread ideas and promote discussion. She shares about her experiences in a post-industrial city, and what she has learned about “creativity, resilience, and new ways of civic life.”

In 2012 she received an $80,000 grant from the Knight Foundation that enables Detroit Soup to start up in other neighborhoods. She is also starting community gardens to feed the people who are participating. She describes this as a fitting metaphor for the work they are doing.

It is hard not to catch the energy and excitement of Detroit when talking to Amy, for whom the city is magical. “It was abandoned, thrown away, left for whoever wanted to pick it up, and now you see a young group of people—and by young I mean young in spirit—who say we believe in this city in spite of abandoned buildings, high crime rates, and low school scores.”

Detroit Soup intersects Amy’s theological background with politics, art, social justice, technology, entrepreneurship, and urban agriculture. It has provided an open space for connecting and dialogue across religions and backgrounds.

Detroit’s motto—“We hope for better things; it shall arise from the ashes”—has a striking parallel to the prophet Isaiah’s words when Israel had been destroyed: “They shall build up their ancient ruins, they shall raise up their former devastations; they shall repair the ruined cities, the devastations of many generations” (Is 61:4). Rather than staying in their ruin and abandonment, God promised to “give them a garland instead of ashes, the oil of gladness instead of mourning, the mantle of praise instead of a faint spirit” (Is 61:3). Life would rise from the ashes.

While returning home to Detroit meant entering the abandoned space of loss and death, Amy felt safe and tucked away there in the year following her mother’s death—a time when she was given the chance to process her mother’s long-term illness and passing, as well as her time at Fuller. “I never lost faith,” Amy reflects. “I trusted more. If I got through this what couldn’t I get through?”

Now she sees life sprouting up in her own abandoned spaces. “My mom is with me every day. She encourages me in ways I never thought or imagined could happen, bringing life from death.”

This article was originally published in January 2014. 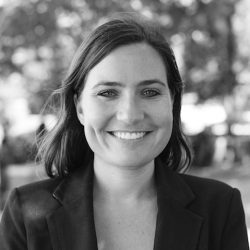