“Spirituality” is a very slippery term in contemporary discourse, so let me stipulate at the head of this modest essay that the way the term is used here is very traditional: spirituality is living in the Spirit rather living in the flesh (see Romans 8:1–17), with all of the attendant consequences that Paul derives from that antinomy.

This living in the Spirit has a decidedly Trinitarian cast to it, best expressed in the traditional words of the Sign of the Cross: living spiritually “in the name of the Father, the Son and the Holy Spirit.” Spirituality, at least as it is understood in the Catholic tradition, also means that there are many modes by which one lives out this living in the Spirit or, to phrase it somewhat differently: There are many ways to follow the One who says “I am the Way.” That same tradition holds up everything from the way of monasticism to the way of married life.1

One way of living in the Spirit has been exemplified by Francis of Assisi (1181?–1226), who became a kind of model for others who wished to learn from and be illuminated by his life. His life has become so exemplary that he is often admired by many who are not Catholics. Such admirers make up a significant body of pilgrims who come to Assisi to visit his tomb and to learn from the art and architecture inspired by him. Unfortunately, that admiration is often based on romanticized stories written about him (such as the fourteenth-century Fioretti di San Francesco d’Assisi—a classic collection of popular legends about the life of Saint Francis) with the sad result that he is often perceived as a medieval Doctor Doolittle who speaks with animals or (largely as a result of a nineteenth-century study by the liberal Protestant scholar Paul Sabatier) as a proto-evangelical, quietly but persistently standing against the pretensions of the medieval Roman church.

The enigma of Francis is far deeper than such stereotypes. He was neither a medieval nature lover (away with the concrete statues for sale at WalMart Garden Centers!) nor a proto-protestant. A close scrutiny of his own writings reveals a few things with abundant clarity. These can can be summarized in a basic proposition: Francis was a totally orthodox medieval Catholic, who, unlike the heretical movements of the time, fully embraced the reforms of the Fourth Lateran Council and insisted that his followers live more catholico (“after the Catholic manner”): go to confession regularly, receive the Eucharist, affirm the honor due priests and prelates, accept the real presence of Christ in the Eucharist, preach only with the permission of bishops, and so on. It is not without significance that Francis went to Rome to have his way of living affirmed by the pope.

The issue then becomes this: how did this totally medieval Christian become such a luminary within the Christian pantheon? The answer to that question is at the core of these reflections.

The Conversion(s) of Francis

We possess a number of writings from Saint Francis, but only once, in his Testament, does he make an overtly autobiographical statement: “The Lord granted me, Brother Francis, to begin to do penance in this way: while I was in sin, it seemed very bitter to me to see lepers. And the Lord himself led me among them and I had mercy upon them. And when I left them that which seemed bitter to me was changed into sweetness of soul and body; and afterwards I lingered a little and left the world.”2

That laconic statement encapsulates a number of events in Francis’s life that may be found in the early legenda: the year he spent in prison as a teenager after an abortive war with neighboring Perugia, his wanderings on the outskirts of Assisi working manually to repair churches, his adoption of a hermit’s garb of rough dress, simple shoes, and a staff. This was a commonplace way of life in medieval Europe—taking up the way of penance. It was only when he heard the Gospel passage where Jesus says that the way of perfection consisted in giving away everything to “come follow him” did Francis understand that this was the path for him. In other words, Francis passed from a way of life in the world to taking up the way of penance as a hermit, and finally discovering that the “perfect” way of following Jesus was to be found in a life of complete poverty. St. Francis of Assisi was founder of the Order of Friars Minor, often known as the Franciscans. Eschewing the privilege into which he was born, he chose a life of poverty in which he—and ultimately his followers—urged medieval townsfolk to embrace the simplicity of the gospel. He is sometimes pictured with the symbols of a skull or a loaf of bread to signify transcendence over death through faith in Christ, the Bread of Life.

A word needs to be said about the Franciscan concept of poverty. The communal sharing of goods was a long-standing aspect of the monastic way of life—an attempt to live out literally the example of the primitive church described in the Acts of the Apostles. Francis had a different approach: he took literally the saying of Jesus to give everything away to follow Jesus without the support of human goods. The most original insight that Francis had was that this concept of poverty was not to be seen as an economic choice but a Christological one. Francis wanted to follow the poverty and the self-emptying of Christ as described in the great kenosis (emptying) hymn of Philippians 2.

To understand Francis’s concept of poverty not as asceticism with respect to the material but as a profound insight into the mystery of the Incarnation is to shed light on many of the key interests of Francis. He had a great love for the nativity of Christ because he saw in the birth of a child in a stable a fundamental truth about the coming of the Word into humanity. For Francis, the nativity of Jesus was a kenotic moment. It is for that reason that he so fixed on the crucifixion, because the naked Christ, dying on a cross, was a counterpoint to his birth in a stable. His earliest biographers frequently cited the old patristic axiom (most likely originating with Jerome) of “nakedly following the naked Christ.” Dante caught this truth perfectly when, in his praise of Francis in the eleventh canto of Paradiso, he says that while Mary stood at the foot of the cross, “Lady Poverty” climbed up to embrace the dying Christ.3

The humility of Christ who “emptied himself” in the Incarnation provided Francis a lens with which to understand the real presence of Christ in the Eucharist. In one of his admonitions, recorded by his early disciples, Francis said:

therefore all those who saw the Lord Jesus according to his humanity and did not see and believe according to the Spirit and the Godhead that he is the true Son of God were condemned. And now in the same way, all those who see the sacrament of the body of Christ, which is sanctified by the words of the Lord upon the altar at the hands of the priest in the form of bread and wine and who do not see according to the Spirit and the Godhead that it is truly by most holy body and blood of Christ are (likewise) condemned.

Another way by which Francis sought to underscore the poverty inherent in the Incarnation was the saint’s identification with the poor. He interpreted the life of Jesus in terms of the hidden life in Nazareth and in the subsequent ministry to lepers, prostitutes, Samaritans, humble fishermen, and so on. It is for that reason that Francis called his followers “minor brothers and sisters,” distinguishing them from the maggiori (“majors”) comprised of the mercantile class of his own father and the aristocrats like the family of his friend Saint Clare.

The Lesson(s) of Francis

We should not look back on Francis through the rose colored lenses of romanticism. To engage deeply with his life is to see a man who was consumed totally in the desire to live a radical life following Jesus—a life shining forth the radical poverty of the Incarnation and the conviction that everything from creation to our redemption comes as sheer gift.

The other lesson that Francis teaches us is that the Bible is not a book to be read but a text to be performed. Just as we never discover the authentic Mozart by reading his scores but by performing or hearing them performed, so we never plumb fully the Word of God until it becomes the “score” by which we lead our lives.4

There was also a prophetic element in the life of Francis. To the luxurious pretensions of medieval churchmen, he exemplified the simple way of Jesus. To the poor, he identified with the dignity of everyone made “in the image and likeness of God.” To the emerging mercantile class, with their proto-capitalist desire for profit, he lived in such a way as to show the snares of wealth. To the medieval Cathars, who despised the material life, he hymned the goodness of God’s creation; to the smug pretensions of the medieval church, he pointed to the cross; to the class system of his day, he insisted that all should be called brothers and sisters.

Francis said, it is alleged, “Preach, and if necessary, use words.” He demonstrated by his life that the gospel is ever open to a new reading while always remaining the same and ever challenging to those who confront it with serious openness. To be a “Franciscan” does not require that someone accept a robe and cord and go barefoot in the world. To be a Franciscan is to learn those terrifying words of Jesus who offers to us simplicity, humility, poverty, and the cross. To be a “Franciscan” is to learn how to embrace a profound gospel paradox, namely, that the exquisite joy of the gospel is to be found in its utterly serious demands.

ENDNOTES
1. I have explored spirituality as a way of life more fully in Lawrence S. Cunningham and Keith Egan, Christian Spirituality: Themes from the Tradition (New York: Paulist, 1996).
2. All quotations are from Francis and Clare: The Complete Works, ed. Regis Armstrong (New York: Paulist, 1982).
3. Paradiso 11.71–72. The French mystic Simone Weil thought those lines to be among the most beautiful in all of poetry.
4. This theme of performance is more fully developed in Lawrence S. Cunningham, Francis of Assisi: Performing the Gospel Life (Grand Rapids: Eerdmans, 2004)

This article was published in Theology, News & Notes, Fall 2009, “Winds of the Spirit: Traditions of Christian Spirituality.” 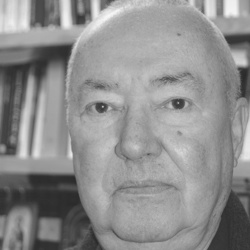 Lawrence J. Cunningham is the John A. O’Brien Professor of Theology Emeritus at the University of Notre Dame. His scholarly interests include systematic theology and culture, Christian spirituality, and the history of Christian spirituality. He authored “A Brief History of Saints” (2005) and “Francis of Assisi: Performing the Gospel Life” (2004) and coauthored “Christian Spirituality” (1997).