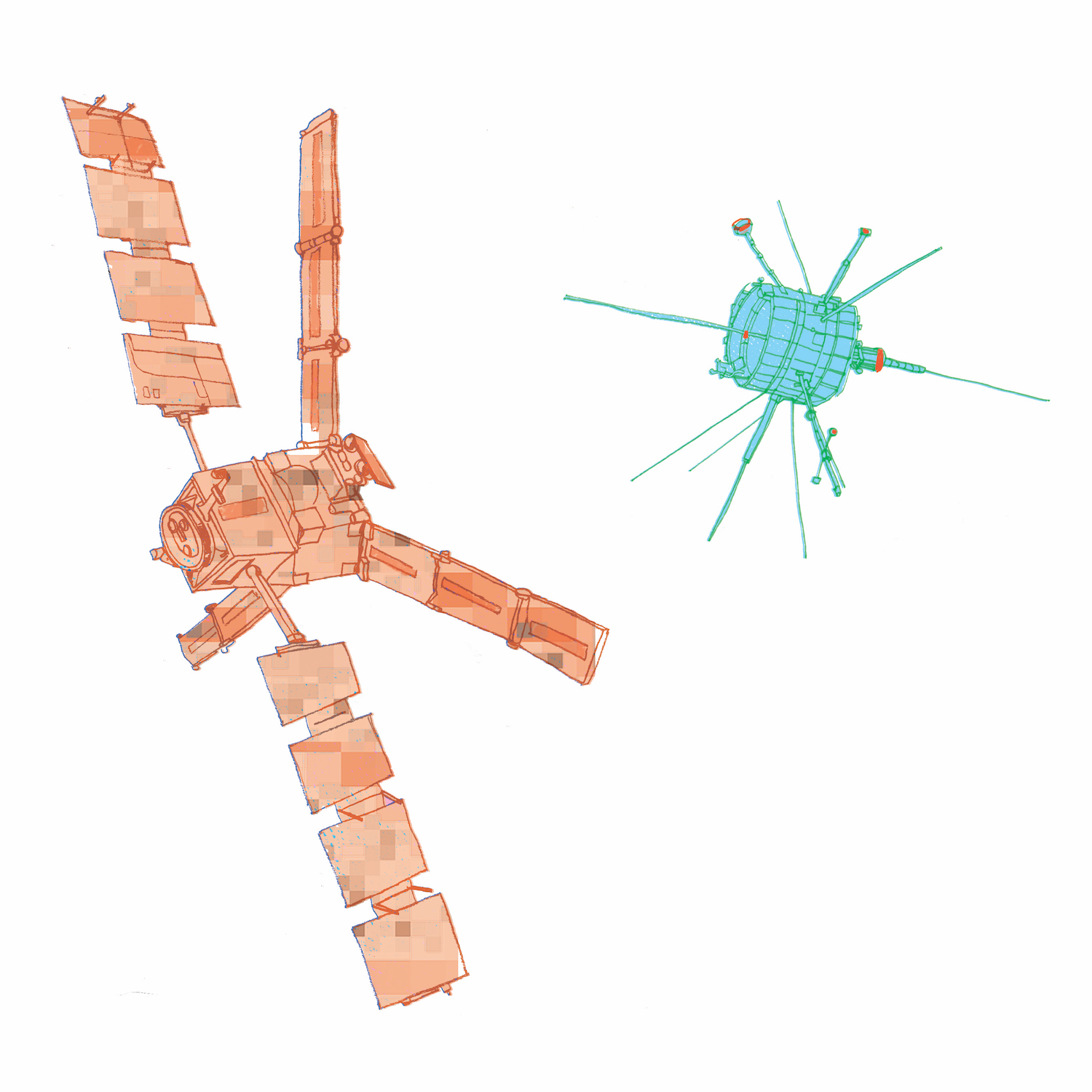 More than 30 years ago, John Naisbitt wrote that high tech could only be embraced when there was an outside, counterbalancing, high touch response.1 Naisbitt describes high touch as an expression of human potential and valuing of what is highly personal. For example, technological advances to extend life were complemented by a hospice movement. Fast forward to 2015: we have groundbreaking cultural research showing that social media effectively integrates high tech and high touch. Across the globe in a wide range of cultures, people are using social media in a way that fits their cultural distinctives and supports their personal as well as interpersonal needs.2 In her ethnography of Chinese migrant workers’ lives and social media use, Xinyuan Wang found that the ability to present oneself as modern in online postings made life more livable for migrant workers.3

Just a few years ago, I realized the potential of online media to build community. I had lived with my wife and four kids in Kazakhstan for over a decade, with the last five years spent doing field research concerning Kazakh proverbs. We returned to the US and settled in Pasadena in 2011, excited to enjoy time with family and get to know new friends. Still, we missed our Kazakh friends and wished we could stay in touch with Kazakh culture.

During this time, I was in the Bay Area presenting on my research about Kazakh proverbs at the Silk Road House, a cultural center in Berkeley.4 Shortly before the presentation, a young Kazakh man who used the English name Kevin approached me and introduced himself. He was doing business in San Francisco and enjoyed coming to the Silk Road House for their various events. I commented that I was interested in getting together with Kazakhs in Southern California but had up to that point little success finding them. He recommended that I request to join his Facebook group for Kazakhs in San Francisco and the Bay Area. Once I was approved for his group, I could apply to join other Kazakh groups in my area. Within just a few days of following his advice, I was part of five Kazakh groups on Facebook. Through these groups, I have been able to attend Kazakh cultural events, get together a group of Kazakhs studying at USC as part of a research project, and even arrange for Kevin and two of his Kazakh friends to drop by our house for a spontaneous Kazakh feast. I am not unique in my experience of seeking out cultural contact online. A fellow anthropologist researched how Brazilians used social media to develop community while they were living in Belgium.5 Further, Nell Haynes explored how social media is used to express a regional identity among the citizens of Alto Hospicio, Chile, far removed from the country’s capital, Santiago.6

Anthropologist Daniel Miller emphasizes how individuals have the ability through social media to determine the level of privacy and the size of the group in which they participate (i.e., scalable sociality).7 Rather than getting lost in the shuffle of the new technologies being introduced on a seemingly daily basis, people are showing that they can craft their online experiences and use them to create high touch experiences, as well.

My private world of staying in touch with Kazakhs via social media would eventually meet up with my research. However, to get to this juncture in the story, I first have to back up and explain how I became a specialist in Kazakh proverb research.

Caught Up in a Revival

I will say half-jokingly that when I lived in Kazakhstan I could roll out of bed, step out my door, and enter into a world of possibilities for researching Kazakh proverbs. In the 1990s and the following decade a revival of the Kazakh language was underway. Kazakh proverbs could be found in conversations in the neighborhood, in schools, in the newspaper, and even on a primetime game show! Kazakhs view their proverbs as an entrustment and a resource for the future.8 When the government considered how to reestablish character in post-Soviet Kazakhstan, they encouraged instruction in Kazakh proverbs from pre-kindergarten through secondary school.9 I was struck by both the language revival and how Kazakhs were using their traditional proverbs to solve their everyday issues, both big and small.

Considerable work had been done since the early 20th century to gather and publish Kazakh proverbs, but few were really looking at the role these proverbs played in contemporary society. I began my research of Kazakh proverbs by interacting with proverb scholars and teachers for whom the use of proverbs was expected. One teacher commented that they were required to use proverbs for any situation that might arise. Next, I transitioned to researching how students in a technical university found these same proverbs useful. This became the topic of my dissertation at Fuller.10 Then, when we moved back to the US, I had to shift my research once again. The most promising resource for exploring Kazakh proverb use was the internet.

I developed an approach that combined the best of both—a high tech/high touch approach to researching Kazakh proverb use.11 I used ethnographic interviews along with the analysis of social media and databases of mass media publications to explore the meaning and cultural background of two Kazakh proverbial calls to action:

Based on internet searches and work with a Kazakh corpus of news articles, I discovered that one proverb operates in mass media whereas the other is limited to use in interpersonal conversation and online chat forums. The two proverbs operate in different spheres, or discourse ecologies as I refer to them. Such a situation could have both academic and societal significance.

Building upon this earlier work, Gulnara Omarbeova, one of the scholars with whom I had consulted on an article, and I have a grant-funded project entitled “How Kazakhs Use Proverbs in Our Globalized World: A Discourse Ecologies Approach.”12 Our project investigates the use of proverbs by Kazakh speakers, as we map out the discourse ecologies that are actualized online and in person. We started by surveying 419 students and did interviews with 45 scholars from five regions of Kazakhstan. Our next step will be to research proverb use in the media and online through a social media and corpus linguistic approach.

Our ultimate goal is to explore Kazakh speakers’ vibrant use of proverbs of the past in contemporary Kazakhstan. The discourse ecologies approach allows us to consider how this way of life could be pursued on the societal or mass media level as well as in close personal interaction. Our assumption is that this emerging, digitally mediated way of being will neither follow the Soviet past nor simply assimilate into a generic globalized culture. The Kazakh people are crafting new proverbs as they negotiate personal as well as societal challenges. In this way, my personal interest in using social media to join Kazakhs living in Southern California has met up with my proverb research that explores online use of proverbs in various media.

Wisdom as a Mode of Communication

Whereas Kazakhs show a commitment to continuity with the past through their use of Kazakh proverbial forms, Western theologians broke with tradition as a key aspect of the Reformation. Tyndale argued that only the literal sense of Scripture should be accepted and all things proverbial or allegorical should be avoided.13 Since then, Western theology has been dominated by the propositional mode (facts and reason), with the narrative mode also affirmed (testimonies and tales).14 However, the wisdom mode of communication is largely ignored. Still, all three modes are mutually constituting in the most effective forms of communication. Consider Jesus’ teachings and how he combines propositions with narrative and proverbs.

It may seem like a given that proverbs are part of wisdom. However, current scholarship on wisdom literature in the Old Testament has thrown the status of the wisdom genre into question.15 Similarly, extensive work with Kazakh proverbs has convinced me that they are part of a wisdom mode of communication rather than a genre. Wisdom situates us in relationships and roles as well as brings us to the point of application.16 Consider the Book of Proverbs—everyone in the Book of Proverbs is situated, each having a set of relationships that should guide their actions.

Jumping ahead to our present day we see the juncture of high tech and high touch. When I teach on Fuller’s online platform, success is based on excellent content accompanied by contact and connection.  I am hopeful that in the one-dimensional forest of ones and zeros, context is king, with relationships and the efforts to situate ourselves having primacy. For it may very well be that the current combination of high tech and high touch in our internet communication is opening the way for us to craft wisdom—the power to situate ourselves to address the issues of the day. 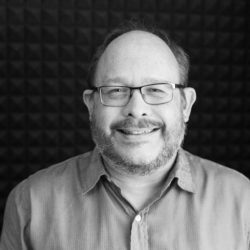