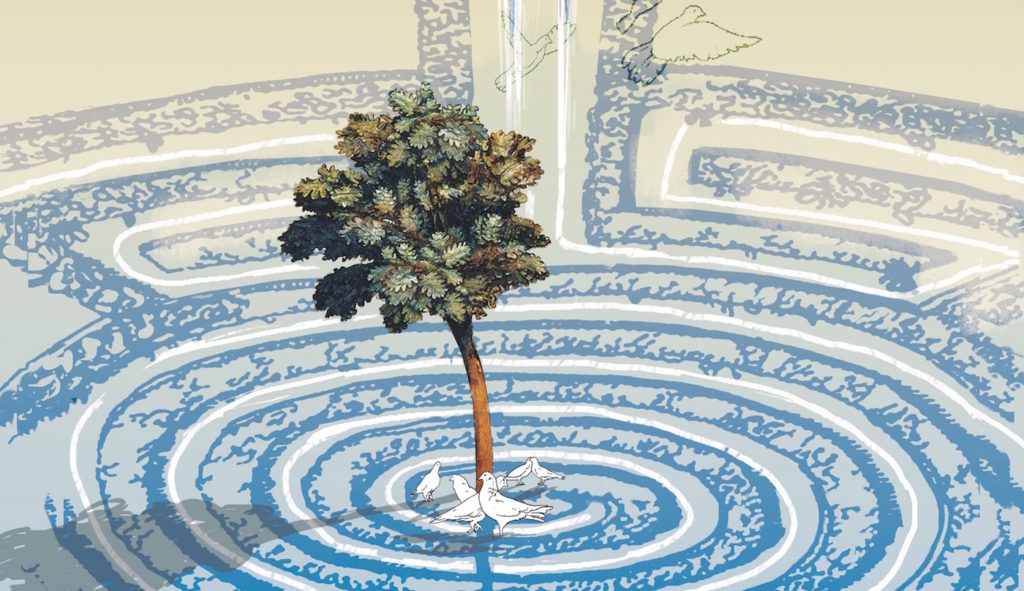 + This article responds to “A Christian Spirituality of Healing: Integrating Neo-Confucian Resources in China.”

The Yale theologian George Lindbeck grew up in a missionary family in Loyang, China. His 17-year sojourn in this city resulted in a deep love for Chinese literature and culture. He listened in on the conversations his highly Sinicized parents had with their Chinese visitors and concluded that it was possible to be warmly Christian in spirit, and in manners be Confucian to the core.1 In the tradition of Matteo Ricci, Bishop K. T. Ting, and Chinese New Testament scholar Xinping Zhou, Professor Bin You proposes in his essay a conversation between Confucianism and Christianity in which the former makes a contribution to the latter. This is not an essay that simplistically translates concepts from one tradition to the other, nor does it contextualize Western theology for Chinese Christians. Professor Bin You works indigenously to offer insights from Confucian sages and at the same time find parallels between the two traditions. First, he points out that the dualism of Western theology contrasts sharply with the monism of the Confucian tradition. Second, both traditions emphasize the importance of reading their respective sacred texts in shaping and transforming character.

Beyond a recovery of Confucian wisdom for Christians, Professor Bin You is proposing that these various themes are critical for an expanded understanding of healing. We will explore the implications of these assertions for Chinese and Western psychology. For example, we think Wang Fengyi (1864–1937) would have agreed. He proposed that mental health and mental illness were a consequence of following or not following Confucian principles. Early in the 20th century he developed an approach he called “XingLi therapy” based on Confucian role ethics. Though never recognized by Chinese psychologists nor by the government, XingLi therapy has been very popular in Chinese society even today.2

However, healing in Chinese psychology has been colonized by Western therapies that are largely secular, professional, individualistic, dualist, and scientific. With the exception of Xuefu Wang (2011) and Esther Liu (2017), little work has been done in developing Chinese perspectives on pastoral care and counseling. Hence, we underline the importance of Professor Bin You’s call for a recovery of the best in ancient Confucian wisdom and an indigenized Chinese theology for an understanding of healing that affirms the unity of mind and body and that privileges the reading of ancient texts in the process of spiritual transformation. These indeed are rich cultural and spiritual resources.

The legacy of Plato, Aristotle, St. Augustine, and Descartes in terms of the separation of mind and body has had implications in the West for ontology, epistemology, and ethics. Generally, Western psychology has neglected the body in psychological healing, though the critical role of the body in healing is increasingly recognized.3 It is the dualist assumptions implicit not only in much Western psychology but also in Western theology that have been exported to China, on the assumption that this model of thinking theologically and facilitating healing was universal. But Professor Bin You seeks a corrective to these generalizations in his own Confucian and Neo-Confucian tradition.

The notion of accessing ancient wisdom for healing in the present comports well with Carl Jung’s accessing archetypal themes for interpreting modern psychological maladies and structuring recovery.4 For him, however, healing is not the consequence of reading written text, but rather parsing the “text” of the collective unconscious. Few Western programs for therapists provide training or certification for bibliotherapy,5 despite the fact that the critical role of written text in the process of healing has been studied extensively and found efficacious in the treatment of depression,6 deliberate self-harm, bulimia, and insomnia.7 However, the texts recommended for reading in these studies are not, of course, the sacred texts of ancient traditions.

Harmony between heaven (Tian, 天) and humanity as a theme in all Chinese religions is integrated with the Chinese philosophy of life. Harmony, as a higher and ideal level of human status than health, has traditionally been the aim of formation. Traditional Chinese Medicine (TCM) interpreted harmony as a balance of yin and yang (阴阳平衡), and as guidance for all diagnoses (symptoms) and treatment (herbs, massage, acupuncture, and moxibustion). The normal treatment of disorders aims for this: holistic healing for a harmonious state. Harmony within the human body—or integration of body, mind, and spirituality—has always been the focus of formation and medical treatment in Chinese daily life.

Professor Bin You articulates two kinds of relations between the traditions: monism and the importance of ancient wisdom. We wonder if the correlative notions of energy (qi) in Traditional Chinese Medicine (TCM) and the Holy Spirit in Christianity might not also be critical in understanding healing. In TCM, qi, the energy of life, can be viewed as a key component in the process of integrating body, mind, and spirituality. Lee8 traces the meaning of qi through Confucian, Taoist, and Neo-Confucian texts and suggests that the psychophysical energy of qi is nondualistic, constantly creative, a changing process, liberating, harmonious, and heaven sent. In TCM, healing and qi are intimately related: “Where there is no flow there is pain; when there is no pain there is flow” (通则不 痛).9 Internal harmony between opposites (yin and yang) is related to the flow of qi.

Lee argues that the word qi is the functional equivalent of the word “Spirit” (ruach) in Christianity and has “rich root-metaphorical connections to the physical, biological, and psychic phenomena of wind, fire, water, energy, breath, life-force, consciousness, and mind” (p. 32). What is needed for a mutual fertilization of meanings is a decolonialized and deprivatized pneumatology in which the Spirit hovers back and forth between the one and the many, ideal and material, mind and body, divine and human.

We are most appreciative of the way Professor Bin You engages in skillful intertextual reading of Confucianism and Scripture, and that he does so in the spirit of Chinese president Xi Jinping’s encouragement that work in philosophy (including theology) and the social sciences be done with a Chinese face.10 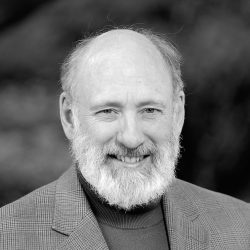 Alvin Dueck is the Distinguished Professor of Cultural Psychologies at Fuller. He teaches courses on the dialogue between culture, psychology, and theology

Buxin Han is a professor at the Institute of Psychology of the Chinese Academy of Sciences in Beijing, China.