Captain America: The First Avenger is the fifth and final film produced by Marvel Studios to set up a character for the upcoming Avengers film set to be released in the summer of 2012. The other four films in the series are Iron Man, The Incredible Hulk, Iron Man 2, and Thor. One need not see the other films to make sense of this one, though characters and references to characters and plot points from the other films abound. 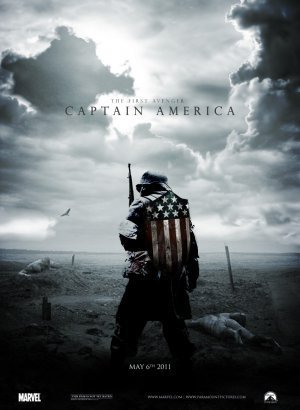 Captain America takes place (mostly) in the 1940s during an alternate version of WWII. Steve Rodgers, a plucky, 98 pound weakling thrice rejected from enlisting in the military is picked to be the guinea pig for a performance enhancing drug invented by a disaffected German scientist working for the U.S. government. The serum alters his physiology, turning him into a super soldier. He then goes to battle against a similarly serum-enhanced evil villain with a world domination sceme that makes Adolph Hitler seem unambitious.

The difference between Captain America and his nemesis, other than their physical attractiveness, is their respective amount of goodness. The serum is described as enhancing everything about a person including their moral make up. When the already evil Nazi general takes it, he becomes demonic. When stout-hearted Steve Rodgers takes it, his medal-worthy courageous and kind nature becomes gilded in gold. So, ultimately, it’s not the strongest or fastest person who wins the day (though Captain American is both of those things). It’s the person with the best heart. 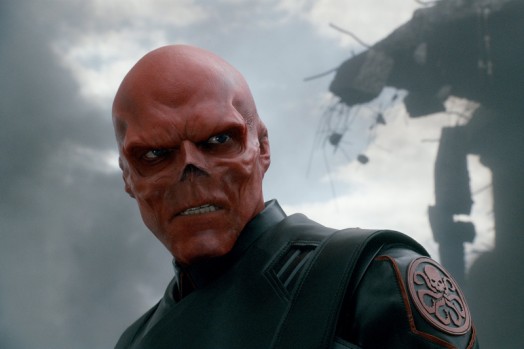 That’s an innocuous enough message befitting Captain America‘s simple world of stark contrasts between good and evil. Interestingly, I did find myself sympathetic to the movie’s villain at one point when he declares to Captain America that he has seen the future, and it is “a world without flags.” I believe in that future too, though I expect we’ll be united under the cross of Christ and not the standard of a megalomaniac with a crimson cabasa.

I have been consistently amazed at how good these pre-Avengers flicks are. Our cineplexes have been flooded with superhero movies over the past decade, and for every Spider-Man 2 or Iron Man, there seem to be three Daredevils or Catwomans. Unlike the other 22 films co-produced by Marvel Studios, these five Avengers-related films have been independently produced by the studio, and it seems they have benefitted from the focused oversight. One might call Marvel, when it works alone, the Pixar of superhero film production companies for their unbroken track record of success. Even Thor, which I think would have benefitted from a little less CGI, was a hammer’s throw better the vast majority of superhero flicks.

Captain America is every bit the entertaining blockbuster audiences hope to get between May and September. The story has integrity, the pace is brisk, the visuals are engaging, and the tone is a good mix of seriousness about the situation and silliness about the superpowers. I think that last bit in particular is what separates these five films from the rest of the superhero movie mass. The films don’t take themselves too seriously, even while the characters in the stories are serious about their situations. Case in point, Captain America continuously bounces his shield off everything in sight only to have it inexplicably return to his hand. This is done somewhat tongue in cheek but without ever lightening the gravity of his situation. The peril is real even when the powers are ridiculous. 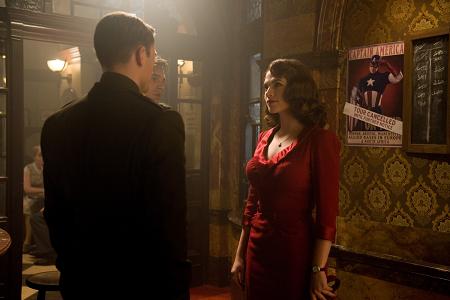 Batman and Watchmen are the only two superhero worlds I can think of which work on an “always serious” level. Batman works because Batman‘s world is plausible (there are no “powers”), and Watchmen works because the one character with real powers, Dr. Manhattan, is used to explore the actual ramifications of such abilities in our world. All other superhero franchises cannot maintain this gravitas because the audience knows their worlds cannot exist.

All that to say, Captain America: The First Avenger is lots of fun and among the best superhero movies I’ve seen. I wish the world was as simple as the Captain makes it out to be.