Perspective is an important factor in the discussion of what it means for a disparate, eclectic community of believers such as those gathered at Fuller Theological Seminary to self-identify as “evangelical.” As a British citizen living and teaching in the United States, my own experience of evangelicalism in two cultures separated by a common language makes this point. In the UK, evangelicalism looks and feels rather different from its American counterpart. There are similar central concerns, of course, as expressed in British historian David Bebbington’s well-known “four distinctive features of evangelicalism”: an emphasis on the Bible (biblicism); on the centrality of the work of Christ on the cross (crucicentrism); on the need for the conversion of the unregenerate (conversionism); and on evangelization and the carrying out of Christ’s Great Commission (activism). But important aspects of American evangelical culture are not present in the same way in Great Britain. For instance, the fixation for some with the doctrine of the inerrancy of Scripture (which fueled Fuller’s “Battle for the Bible” earlier in the twentieth century) was never really an issue for British evangelicalism. There are British evangelicals who would defend inerrancy, but also many who adopt other models for Scripture. Another example: eschatology. In the United States, early twentieth-century fundamentalism was partly marked by adherence to a particular view of the “end times”—still a live issue in American fundamentalism. There is not the same need to place oneself relative to particular views about how the world ends in British evangelicalism, in large measure because fundamentalism was not part of the cultural heritage of evangelical Christians there. Eschatological scenarios such as those that have generated that most-American phenomena, the Left Behind books and movie franchise, just don’t function as a shibboleth in British evangelicalism.

These days, particular views of inerrancy or eschatology are old hat in progressive American evangelicalism. A more pressing concern is that evangelicalism is being balkanized so that one must qualify what is meant by the term. One is a conservative evangelical, another a liberal or Catholic evangelical, yet another a postmodern evangelical, and so on. The worry is that the word evangelical no longer clearly distinguishes a particular theological position. In the mid-twentieth century, evangelicals were an identifiable group within the Christian tradition. That is threatened if the movement is so broad and diffuse that its adherents can be placed along a spectrum of different sorts of evangelicalism, with different theological, liturgical, and practical nuances or emphases.

On the other hand, this may be an intellectual coming-of-age as we are moving away from grand narratives and monolithic traditions to more local, variegated approaches to modern life. Whereas in a previous generation a person might have self-identified as, say, Republican, in the knowledge that this represented a particular political ideology, the situation is now more complicated, with progressives and Tea Party activists (amongst others) fighting for the soul of that political ideology. Similar issues plague UK and European political life as well, where there is a fight between right and left to occupy the political middle.

There are other important factors in the mix. Three are particularly relevant to Fuller’s constituency going forward: first, the pragmatism of American evangelicalism, expressed in its entrepreneurial spirit; second, the relationship between evangelicalism and tradition; third, the changing landscape of evangelicalism as the tide goes out on the so-called Western churches.

As to the first, whether evangelicalism retains a distinctive theological culture going forward depends in part upon its investment in the ecclesiastical and missional pragmatism that has characterized much of its life in the last half century. Evangelicalism is by definition cross-denominational. From its inception evangelicals sought to circumvent ecclesiastical structures with parachurch organizations that provided an easier, more effective means of passing on theological notions not shared by the larger denominations from which they hailed. Engagement with other like-minded Christians in different denominations is a good thing, of course, but not at the expense of doctrine of the church. Evangelical theologians wring their hands when asked what evangelicals believe about sacraments, liturgy, and church polity, and with good reason: there can be no evangelical doctrine of the church because (to repeat) evangelicalism is transdenominational. Yet evangelicals should reflect on practices vital to the sustenance of Christian faith, and more work should certainly be done towards evangelical doctrines that engage with particular denominational practices, liturgies, and polities. An evangelical-Episcopal doctrine of the church, or an evangelical-Presbyterian understanding of sacraments should provide a means by which evangelicals can reengage with their own denominations, making a different sort of contribution—one that provides an evangelical perspective that is tradition-specific.

This raises the second issue, which is a wider concern going forward. American evangelicalism (unlike its British counterpart) has a complicated relationship with church tradition. We are interested in hearing what the Spirit is saying to the churches today, not what was done by those long dead in places with which we have no personal connection. In the last 20 years there have been great strides in constructive dialogue with those of nonevangelical Christian faith, and Fuller boasts several faculty with significant involvement in such ecumenical initiatives. Still, how evangelicals (how Fuller evangelicals) place themselves with respect to the larger church and her history is increasingly important. Once again, here is a tension between our evangelical identity, which pulls away from denominational ties to parachurch and cross-denominational involvement, and our church affiliation and involvement, whatever our particular tradition may be. What is it to be, say, a Pentecostal-evangelical Christian relative to the wider church and its traditions? What does it mean to be alive to today’s church whilst drawing on the rich heritage of the church catholic in order to provide resources for, say, contemporary Methodism? There may not be easy answers to these questions, but they are matters that cannot be avoided. The recent rise in retrieval theology, which attempts to resource contemporary theological reflection by appeal to the doctrines and arguments of historic Christian thinkers is, I suggest, one way in which evangelical theologians can help in this regard.

“The union between Christ and believers is very often represented to a marriage. This similitude is much insisted on in Scripture—how sweetly is it set forth in the Song of Songs! Now it is by faith that the soul is united unto Christ; faith is this bride’s reception of Christ as a bridegroom.  . . . Thus also, when the believer receives Christ by faith, he receives him as a safeguard and shelter from the wrath of God and eternal torments, and defense from all the harms and dangers which he fears. Isaiah 32:2, ‘And a man shall be as an hiding place from the wind, and a covert from the tempest; as rivers of water in a dry place, as the shadow of a great rock in a weary land.’ Wherefore, the dispositions of soul which Christ looks at in his spouse are a sweet reliance and confidence in him, a humble trust in him as her only rock of defence, whither she may flee. And Christ will not receive those as the objects of his salvation who trust to themselves, their own strength or worthiness, but those alone who entirely rely on him.”

+  from Jonathan Edwards [1703–1758], in The Works of Jonathan Edwards, volume 13. A preacher, philosopher, and theologian, Edwards was known as a great American intellectual, associated with the First Great Awakening and rooted in Reformed theology. On long horseback rides, he wrote ideas on scraps of paper kept in his pockets and pinned them to his coat so they would not be lost.

Thirdly, and briefly, as the geopolitics of church life shift decisively away from the Western churches in Europe and North America to the Global South, and as Western societies grow more secular, there are important challenges facing globally-minded evangelicals. Pressing among them is the reorientation required of Western Christians used to holding the reigns of ecclesiastical power. Another side to this concern is how Western Christians, and evangelicals in particular, should relate to local contexts and a cultural Christianity where fewer are practicing the faith—let alone being evangelical. This appears to be less of a problem in the United States than in Europe, but it may also be that America’s entrepreneurial approach to religious practice—and the success of evangelical megachurches and postmodern models for church—are merely slowing down the pace of change in the United States. This is a matter that many Christian intellectuals have focused on recently, Fuller faculty among them.

Fuller is a “big tent” in which many different sorts of people from many denominational, ethnic, and cultural backgrounds can discuss and engage one another in a safe theological space. It is a place in which there is real dialogue and disagreement, where faculty can take positions that differ from other colleagues on matters of importance. Perhaps the most celebrated example of this in recent years is the emphasis from some Fuller faculty on the claim that human beings do not have souls as distinct substances separate from their bodies. There is lively debate concerning the merits of this view within and without Fuller, and the fact that such collegial disagreement and dialogue is possible is a sign of vigorous intellectual health. Similarly, the fact that Fuller welcomes various sorts of evangelicalism, as well as various denominational affiliations, is a strength and not a weakness. It is the fate of an institution as large, influential, and diverse as Fuller that it is understood differently depending on the constituency doing the explaining. Some claim that Fuller is sliding towards theological liberalism, while others argue that it is a bastion of conservatism unwilling to make changes necessitated by twenty-first-century life. Fuller’s identity as an evangelical institution is a vital consideration in these debates and the perceptions of Fuller’s theological pedigree.

Critics can forget that Fuller is a seminary that has a clear statement of faith that is credally orthodox and represents the central beliefs of Christians down through the ages (i.e., reflects the catholic faith of the church). It has community standards that mark it out in a world of higher education that is increasingly morally pragmatic. And it has a proud intellectual tradition that spans three different schools, drawing students from every continent, and serving a global mission. These are not matters that are peripheral or incidental to Fuller’s identity; they are, in many respects, indicative of the kind of faith that makes Fuller the standard bearer of a particular vision of evangelicalism in contemporary America that we might call “open evangelicalism.” In many ways this represents the best of evangelical heritage: holding fast to historic orthodox Christian commitments whilst negotiating the vicissitudes and challenges of contemporary cultural mores—all the while remaining committed to passing on the gospel once committed to the saints in a spirit of engagement and dialogue. That will look different in each succeeding generation, not because successors to stalwarts of the past have caved to the moral and theological laxity of a wider culture, but because each generation faces challenges that must be met with theology that is culturally engaged. If that is what it means to be an “open evangelical” in the twenty-first century, then Fuller can claim a unique and important role in theological education—as an institution committed to upholding the values and tradition of evangelical Christianity as it has been expressed on this continent in the past two centuries. What is more, if open evangelicalism does characterize Fuller today, then it is well positioned to address the challenges facing evangelicalism in the first decades of the twenty-first century in a constructive and creative manner. 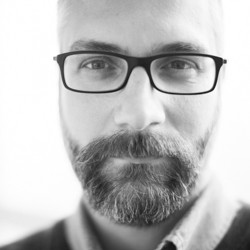 Oliver D. Crisp is professor of systematic theology in the School of Theology at Fuller Theological Seminary.