His own visage and voice are iconic. He has long been a filmmaker concerned with humanity’s proclivity to turn other people into mythological figures. He has often used his films to peel back the layers of the legends to see what’s underneath. Most often, he has shown the truth of those figures is more astounding than the myths. In Eastwood’s films reality is often more unbelievable than legend.

Eastwood brings that sensitivity and wisdom to American Sniper, the story of Chris Kyle, the “deadliest sniper in U.S. history.” In American Sniper, Kyle is the best version of the heroes Clint Eastwood got famous for playing on screen. Both Kyle’s skill with a rifle and his sense of honor are unparalleled. He is quiet, methodical, and committed to his job watching over Marines and saving them from harm. 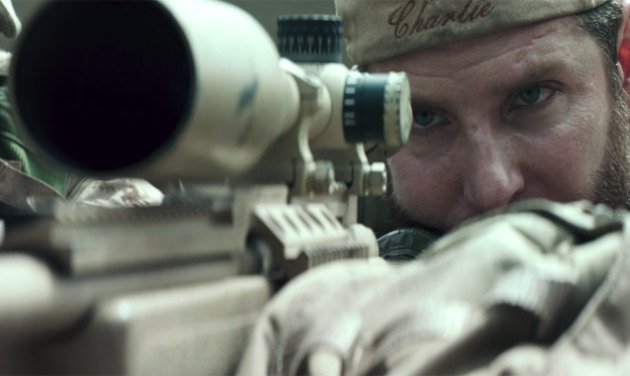 Unlike the gunslingers Eastwood played, Kyle does what he does to protect, not to achieve vengeance. Kyle says over and over again that his sense of mission is to protect American lives, and the film mostly takes him at his word—it never shows him questioning his own mission. Other characters question him, especially when he puts the lives of his squad in danger in dogged pursuit of a rival Syrian sniper, but he stays true to his convictions.

This conflict between personal conviction and challenges to personal conviction is set up early in the film in a church scene. Eastwood has long relied on clergy to state moral platitudes that the plots of his stories test and either affirm or reject. Kyle is a young boy. His pastor is preaching on Paul. The preacher says that Paul was a man who was constantly tried  for what he believes, and that Christians will similarly be tried for their beliefs throughout life. Of course, any good preacher would be talking particularly about faith in Christ in a sermon like that, but Eastwood cuts the Christ part and uses the more general idea as a guiding theme for his film. 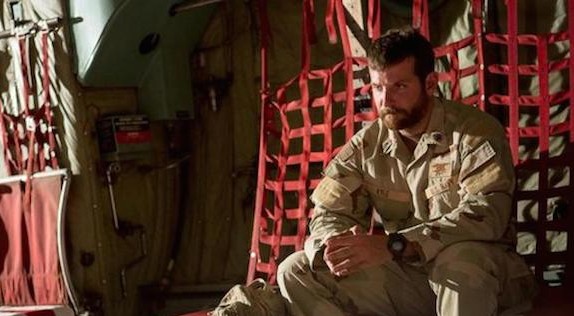 Bradley Cooper is remarkably good as Kyle. The character seems to come from behind his eyes. All Kyle’s emotion is centered there. He’s a sniper whose power is in his eyes, his breath, and his index finger. Cooper wields those three tools with perfect precision. As the war continues and Kyle continues to go back and fight, Bradley drains all the light from his eyes. Slowly, the thousand-yard stare that made him such a good sniper becomes the thousand yard stare of PDST. Wracked with regret over the lives he couldn’t save, Kyle has to stick to his conviction until the evil he has seen in Iraq is eradicated.

American Sniper’s depiction of evil is its most troubling aspect. With the exception of a single, opportunistic family that is brutalized by another Iraqi, every Iraqi in this film is the embodiment of evil. The film shows no compassion for any of them. It’s terrible stuff, because while there is evil in the world, no one people group and no one person is wholly evil. No one is beyond redemption. Granted, Chris Kyle’s are the eyes through which this story sees, and in his estimation, Iraqis are threats to both American lives and other Iraqi lives. The film doesn’t feature any sympathetic Iraqis. Perhaps Chris Kyle never encountered any.

However, American Sniper isn’t a film about the complexities of the war in Iraq. This is a film about “the best of us” and the best of American intentions in Iraq. As depicted in American Sniper, Chris Kyle is the ideal pro-war American. He is patriotic, selfless, loves good and hates evil, brave, smart, and true to both his compatriots and his family. These are all admirable qualities. After the war, he continues to look out for and help his fellow soldiers. His commitment to look out for those weaker than himself costs him his life. He is a man of honor, and like any man of honor in a story, he pays the ultimate price.

American Sniper is also an admission that the war in Iraq had consequences we couldn’t foresee. It costs us more than we expected. It wasn’t entirely successful. American families are still reckoning the collateral damage the war is having on them. American Sniper laments all of this. 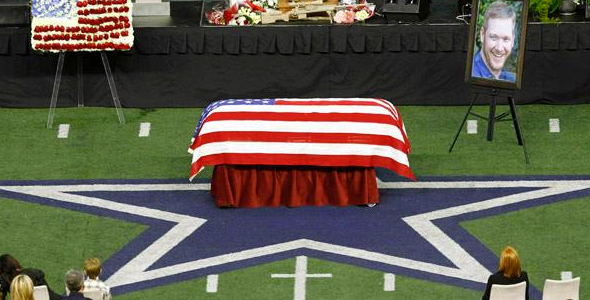 By focusing on “the best of us,” American Sniper becomes an elegy for American activity in Iraq since 9/11. The film is a funeral, a memorial service. It celebrates whatever was good about that war, and mourns for what we lost. The film ends with footage of Chris Kyle’s actual memorial service, a memorial service held in the temple of American conservative values, Cowboys Stadium. The closing song is Ennio Morricone’s trumpet canticle “The Funeral,” and then the credits role in silence. American Sniper is the end of the war in Iraq.

As such, it is a film we sorely need. Last year, Buzzfeed ran a story by Gregory Johnson entitled “60 Words and a War Without End: The Untold Story of the Most Dangerous Sentence in American History” about the Authorization to Use Military Force, the congressional measure that gave the President the legal authority to start wars in Afganistan and Iraq as well as engage militarily in many other countries. Radiolab produced a fantastic audio expansion of the piece called “60 Words.” I recommend both highly. One thing the Radiolab piece makes clear is that without an obvious end point, a war remains an open wound for the veterans who fought in it and for their families.

American Sniper offers closure. It names what was good, “good,” acknowledges the bad, gives thanks for the lives lost, and hints that healing is possible if we’re willing to take care of each other. Much like Selma is a film that offers inspiration for a group of Americans still engaged in a struggle for civil rights, American Sniper offers consolation for a group of Americans tending the wounds of a war they desperately want to end. Like Selma, American Sniper has its faults, both historical and cinematic, but regardless, this is a movie we need right now. I’m grateful for it.

You might also find this review of American Sniper helpful: