Can we be sure that God is benevolent? 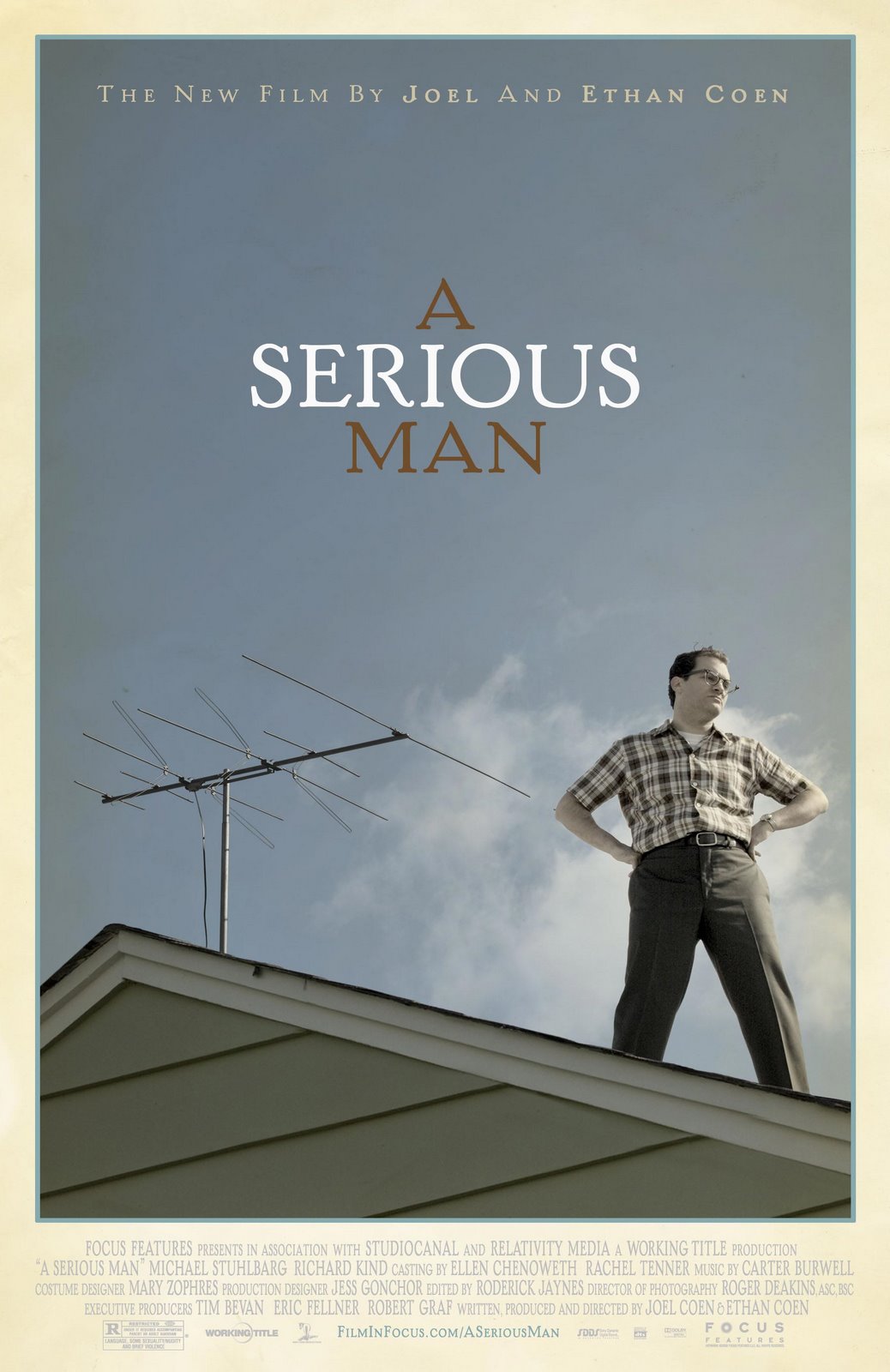 Larry Gopnik, the patriarch in Coen Brothers’ compelling film A Serious Man, wishes he knew the answer. A perfectly ordinary man whose only desire is to lead a perfectly ordinary life, Larry has a house in a pleasant, if bland, suburban community in the Minnesota of the 1960s, a nuclear family of four with a son who is about to have his Bar Mitzvah, and a respectable job as a physics professor that is under review for tenure. All is well until, suddenly and inexplicably, a series of troubles begin to pile up, escalating to a boiling point that sees his life completely falling apart. The desperate Larry is confused and helpless, his fate mirroring that of his many forebears in the faith who, in times of great calamity, struggle to comprehend God’s will and the meaning of the universe.

Naturally, many reviewers have compared the film to the Biblical book of Job. Unlike that ultimately hopeful story, though, A Serious Man offers no consolation about God’s sovereignty, no hopes for a better future, and no comfort about the intrinsic purpose of human existence. Despite its appearance as an absurdist comedy (yes, it is often very funny), the Coens’ tale is bleak through and through, continuing the nihilistic vision from their last two films- the great No Country for Old Men, and the not-so-great Burn After Reading.

There is something profoundly unsettling and powerful about their articulation of a universe ruled by chaos, where clueless people run around like laboratory rats trying to make sense of their predicament when there is none to be made. In the world of No Country for Old Men, humanity has forever lost touch with its more decent impulse; in Burn After Reading, a group of buffoonish characters are caught up in a web of intrigues full of sound and fury that in the end signifies nothing. 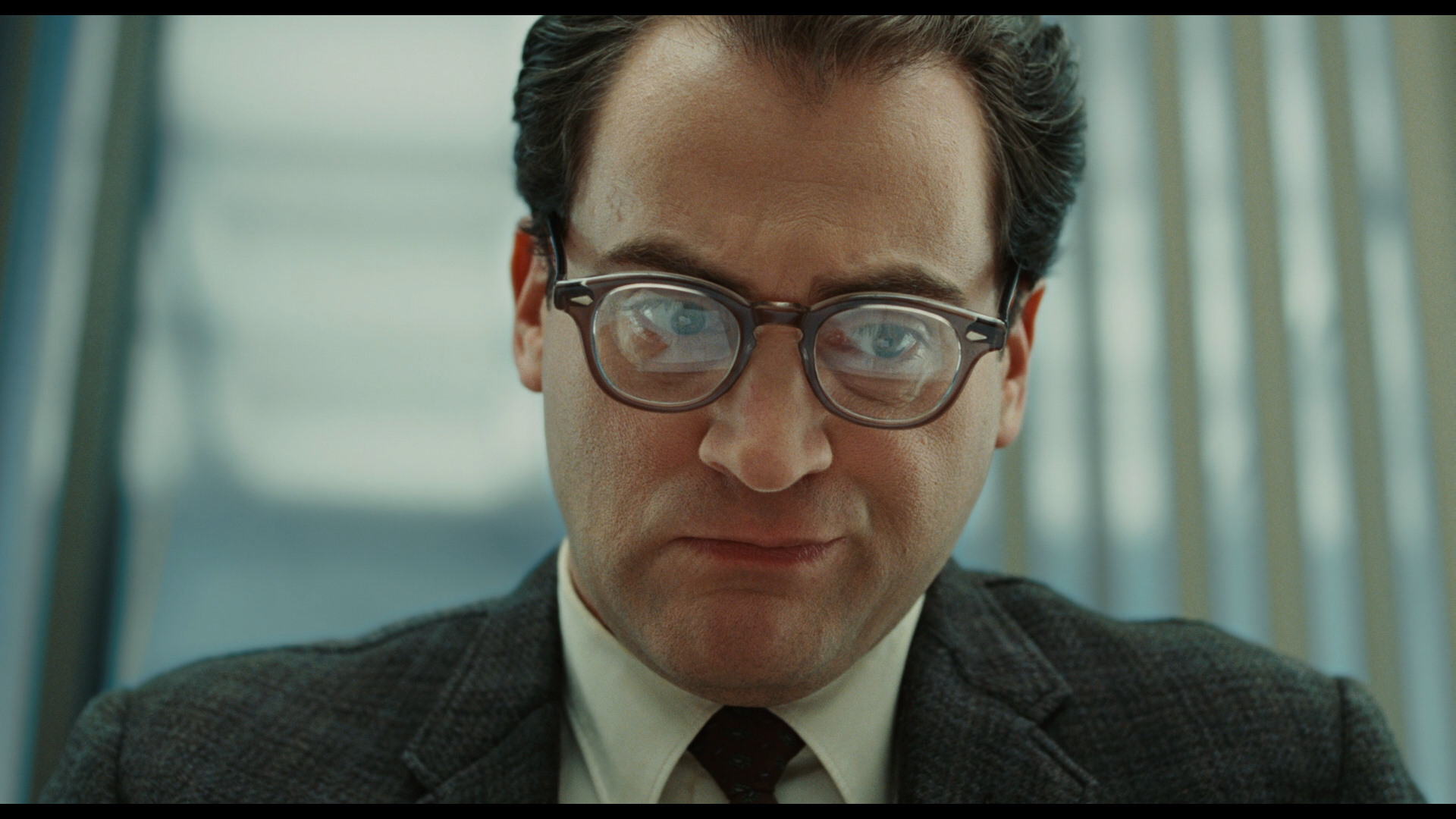 Tracing back to their earlier films, that same sense of dread about a universe gone awry is also found in works like Blood Simple, Fargo, Big Lebowski, and the eccentric but utterly brilliant Barton Fink (possibly one of the best films about the artistic process ever made. Put it in your Netflix queue now!). As New York Times film critic A.O Scott has observed, the consistency of the Coens’ bleak vision is matched in American cinema only by Woody Allen.

While the brothers are formally impeccable – every one of their film has an O.C.D-like precision about them – the universe of their creation is decidedly lacking in a controlling order. Yet there is also something strangely cathartic about A Serious Man. Having spent their career playing with different genres and geographical settings, the Coens, who grew up in suburban Minneapolis in the 1960s, have finally come home, making a film that is not only sociologically faithful to the environment of their childhood, but one that is also firmly rooted in the Jewish tradition of their upbringing- a tradition that has evidently shaped their sensibility in fundamental ways. A Serious Man, like the works of Woody Allen, thrives on a sense of wry, self-deprecating humor, its worldview unmistakably that of a people who have been outsiders, who know what it feels like to be in exile and persecuted (by others and, seemingly, by God).

Moreover, the dry wisdom of the film, which could probably be best summarized by its opening quotation “Accept with simplicity everything that happens to you”, offers for people of faith not a fatalistic resignation to the ostensibly arbitrary course of life, but an acceptance of our finitude. After all, God’s ways are higher than our ways; some things are simply beyond our comprehension. We live and move and have our being in him; he gives, he takes away, and may his name still be praised.

This, however, does not mean one’s suffering will be eased in the meantime. What makes A Serious Man compelling is its ability to evoke a sense of helplessness that all of us have surely experienced at some point in life. Larry’s guttural cry for answers, his desire to comprehend his circumstance, resonates in a world filled with mysteries and injustices.

The Coens have often been accused by detractors as cold, analytical misanthropes, but whether or not their new film’s pessimism is an epistemologically warranted position, or merely another case of personal neurosis blown to cosmic proportion, is beside the point. As it stands, A Serious Man is an impeccably made comedy that offers some gravely serious reflections on what it means to be human. In the presence of the slings and arrows of outrageous fortune, sometimes you can’t do anything except have a sense of humor.