The modern Pentecostal movement is a child of the radical wing of the Holiness movement, which championed the doctrine of sanctification as a second, definite work of grace. The Holiness movement was very active in works of social justice, including but not limited to various compassionate ministries, interracial work, temperance, and women’s suffrage. Especially from 1850 onward, it produced a number of women who ministered as evangelists, Bible study leaders, and even a bishop. Mrs. Alma White had been a popular Methodist preacher who participated in the Metropolitan Church Association, one of many such Holiness associations. Ultimately, Alma left both groups and founded the Pillar of Fire Church. She was consecrated a bishop by the Holiness evangelist William Godbey.

With this kind of backdrop to the Pentecostal movement in the United States, it would seem likely that women would play a significant role. And so they did. Charles Fox Parham trained women for ministry in his Apostolic Faith Movement from 1900 onward. His sister-in-law, Lilian Thistlewaite, held meetings of her own throughout the midwest and appeared alongside Parham in extended meetings elsewhere. Parham commissioned a number of women to establish church plants and serve as pastors.

The African American preacher William Joseph Seymour brought the Apostolic Faith Movement to Los Angeles in 1906. His Azusa Street Mission quickly became known as an interracial congregation led by an African American pastor, with capable women and men providing leadership and outreach. The Mission was even ridiculed on the front page of the Los Angeles Evening News, July 23, 1906, for violating Paul’s command in 1 Corinthians 14:34 regarding the silence of women.

Early Pentecostals understood that verse as having a specific historical and cultural context, not as a global directive. They were much more captivated by the promise made in Joel 2:28–29 that in the “last days” God would pour out his Spirit upon all flesh, including men, women, old, young, free, and slave alike. When according to Acts 2:17–18 Peter appealed to these verses on the day of Pentecost, Pentecostals found justification for both women and men to become proclaimers of the gospel. This position was strengthened by appeals to 1 Corinthians 12:11 indicating that the Holy Spirit determines individual giftedness and Galatians 3:28 pointing toward gender equality within the church.

Pastor Seymour welcomed women into the Azusa Street pulpit, provided credentials to women and men, and sent them out as missionaries and church planters. He published his commitment in the following words:

It is contrary to the Scriptures that woman should not have her part in the salvation work to which God has called her. We have no right to lay a straw in her way, but to be men of holiness, purity and virtue, to hold up the standard and encourage the woman in her work, and God will honor and bless us as never before. It is the same Holy Spirit in the woman as in the man.1

With Seymour’s support, Mrs. Florence Crawford became responsible for the Mission’s outreach along the West Coast and as far east as Minneapolis. She would break with Seymour in 1908 and establish her own denomination, the Apostolic Faith Church (Portland, Oregon) with congregations especially in the United States, Scandinavia, and East Africa. Mrs. Emma Cotton, an African American woman, founded at least eight Pentecostal congregations in Los Angeles, the San Joaquin Valley, and Oakland, before giving them to the Church of God In Christ. Aimee Semple McPherson settled in Los Angeles about 1920 to build Angelus Temple and establish the now very significant International Church of the Foursquare Gospel. While Foursquare was founded by a woman and women dominated its pulpits through much of the 1920s and 1930s, today that is not the case. Women have found it increasingly difficult to be recognized as ministers.

Although women have played a very significant role in the growth and development of other Pentecostal denominations, especially in the field of world mission, Pentecostal groups have differed on the roles that women should fill. In the Church of God in Christ, for instance, women are ordained for work in mission and evangelism, but not as pastors or bishops. There is a great deal of flexibility in where women serve, however, and some of them are highly sought after for services, revivals, and even long-term service in local congregations. Women exercise significant power in that they dominate the denomination’s educational system and no bishop will ordain anyone without the prior approval of the women.

The Assemblies of God licensed and ordained women to the work of missions and evangelism from its inception in 1914 and ordained women to preach but not to serve as senior pastors from 1922 except in emergencies—when no man was available. Most Assemblies of God world mission fields were pioneered by women, though today, most women have been replaced by men. Only in 1935 were women finally made full and equal partners in ministry without restriction. Accordingly, my own mother received and maintained her credentials from 1941 until her death in 2010.

While many ordained women today are the wives of pastors, they often serve as copastors, though some congregations are indeed led by women. In recent years, through a system of affirmative action, many districts have opened leadership positions at the district presbytery level, and the Assemblies of God has elected one woman to serve at the national level on the Executive Presbytery. A woman also serves as president of Evangel University, the Assembly of God’s only national university. In 2010, the General Presbytery (a national group of approximately 1,000 pastors and leaders) adopted a formal position paper on the subject, intended once again to affirm the place of women in “ministry and spiritual leadership.”

In the Church of God (Cleveland, Tennessee), women have long had the freedom to preach and exercise spiritual gifts, but they have not been allowed to serve in positions of authority. They served as pastors under the authority of an overseer or bishop. Until 1990, women could not officiate in communion, nor could they perform weddings, baptisms, or funerals, the normal sacerdotal functions. In 1992, women were first allowed to vote in the International General Assembly, and since 2000 they have been allowed to serve in all offices except that of bishop. In 2010, the question of whether women should now serve as bishops was considered, but defeated by a wide margin. More recently, women ministers have been given more freedom at state and local levels through appointments to various committees and boards.

Of course, the recent growth in leadership roles among Pentecostal women has not been without some setbacks. Some Pentecostal denominations have found increasing resistance regarding the role that women should play as clergy. Often such pressures have come from younger men—influenced not by their Pentecostal roots but, ironically, by such neo-reformed celebrities as Mark Driscoll and John Piper. This resistance is itself illustrative of the continuing and confusing absorption of Pentecostal identity into a conservative evangelical identity that has been going on since the early 1940s. 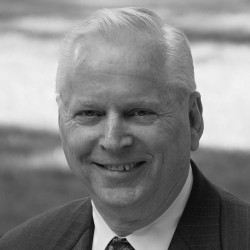 Cecil M. Robeck Jr. is professor of church history and ecumenics and director of the David J. DuPlessis Center for Christian Spirituality at Fuller.