The Diagnostic and Statistical Manual of Mental Disorders, Fourth Edition, Revised (DSM-IV-R)1 contains a Diagnostic Code (V62.89) for “Religious or Spiritual Problems.” This “V code” is one of a list of “Other conditions that may be a focus of clinical attention.” The list includes academic, occupational, identity, acculturation, and phase-of-life problems. The DSM-IV-R identifies these problems as mental disorders in one of three forms: the individual is not mentally ill but is experiencing the problem; is experiencing a mental illness but the problem is unrelated; and/or is experiencing a mental illness that is related to the problem.

A bit of history is crucial:  Although religion was integral to the early development of American psychology, it became taboo for much of the first half of the twentieth century due to the rise of psychoanalysis and behaviorism.3 Both movements saw religion as a cultural
regression to be superseded by science—not to be accorded a legitimate place in the personality structures of healthy individuals. Where religion was observed, it was evidence of regression or superstition.

Two events at mid-century challenged this exclusion of religion from the purview of normal psychology: Walter Houston Clark and Gordon Allport published books on the psychology of religion,4 and the Catholic Psychological Association (CPA) was organized. This new association held annual meetings just before the conventions of the American Psychological Association (APA) for many years during the 1950s and 1960s. The CPA expanded its membership to non-Catholics in the early 1970s and changed its name to Psychologists Interested in Religious Issues (PIRI). PIRI gained enough support to become division 36 of the American Psychological Association by 1976. I was the initial presenter on division 36’s first APA program.5 (PIRI later changed its name to The Psychology of Religion in 1992.)

Since this reentry of religion into mainline American psychology in the early 1970s, much progress has been made. The APA now includes “religion” alongside gender, ethnicity, age, and culture among those characteristics to which psychologists should attend in their work.6 Further, the APA has published a number of volumes dealing with religion and psychology.7 The inclusion of a diagnostic code referring to religious and spiritual problems in the DSM-IV-R is but the latest indication that such issues are no longer on the list of taboo topics for the mental health professions.

While the opinion of religion as pathological has been discarded by most mental health professionals, many see the “V code” as confirmation that some religion still is harmful. My extensive experience as an expert witness in freedom of religion litigation where religious groups are accused of pathology-inducing behaviors has convinced me that many accusations are based on cultural prejudice—that is, mine is good, yours is bad. The psychological adjustment of adherents of most religious groups, traditional or nontraditional, is about the same regardless of whether those adherents put all their trust in a given leader or whether they express their beliefs in what some might term “fundamentalism.”8

There are exceptions: In my view, any person—whether a Christian anti-abortionist, an Islamist Jihadist, or a Hindu devotee—who plots the death of another is disturbed. There are situations where overtly religious or spiritual persons are gravely disabled, dangers to themselves and others. But these criteria do not apply to individuals who espouse non-traditional beliefs but who are otherwise well-adjusted citizens.9

The “V code” will be a bane to Christian psychologists if it nurtures the tendency to assume that tenets of non-traditional faiths are believable only to the mentally ill or hyper-suggestible. I well remember one case where a psychiatrist testifying against The Ramptha movement, whose leader J. Z. Knight speaks with the voices of ancient seers while in trance, said, “Any fool knows that is not true.” Christian psychologists may be convinced that psychiatrist was correct, but they should be cautious about expressing such an opinion lest someone apply the same judgment to statements made about faith in Jesus Christ. While the day of apologetics is not over, postmodern society will no longer allow using modal culture to assert proof for religious ideas.

David Lukoff argues that mystical (charismatic?) religious experience might be labeled psychotic by a noninvolved observer, concluding that the experience should be judged less by the episodes and more by resulting personality functioning.10 He hopes that parameters might be added to the “V code” in evaluating religious or spiritual problems, suggesting good pre-episode functioning; acute onset of symptoms during three months or less; stressful precipitants to the episode; and a positive attitude towards the experience. Where Christian psychologists apply these criteria to judgments about experiences with which they are unfamiliar, they will avoid inappropriately labeling persons as mentally ill.

Research in the psychology of religion has confirmed that religion can function differentially in various subcultures. Studies that found correlations of +.21 and -.40 in American and Korean samples, respectively, between “religious maturity” and “happiness” illustrate this point.11 While such research indicates how much culture should be taken into account in theorizing about religion’s relation to mental health, Harold Koenig’s studies do suggest that participation in religious groups relates to longer life, less distress, social cohesion, quicker recovery from illness, and positive outlook—at least among Americans.12

This survey could function as a taxonomy of occasions  when religious or spiritual issues (both overt and covert) might arise in counseling. In nearly every case, the issues have substantial, conceptual, dogmatic content.

Although the distinction is often made between religious (organized) and spiritual (personal) issues, the difference is often more theoretical than real. A more helpful way of looking at the two terms might be to suggest that spiritual refers to the “human capacity to experience trans-empirical reality” while religion refers to “the conceptual terms that provide understanding and repetition to these spiritual experiences.”14 Spiritual problems might be conceived as “process problems,” while religious problems would be understood as “substance problems.” As noted earlier, practically all spiritual experiences become religious problems—they have content or substance. Thus, the problems listed in Lukoff’s survey could be understood along a continuum that leads from process (spiritual) to substance (religion).

Lukoff’s extensive discussion of spiritual emergencies refers to the types of experiences persons have along the way—as they engage in relating to transempirical reality, as they interact with others who share an understanding of that reality, or as they are thrust by situational stress up against the limits of their own adjustment skills. All religious/spiritual problems are “emergencies” in the sense that a view of life that was functioning breaks down.

Christian psychologists have the chance to specialize in treating those who experience religious and spiritual problems (V62.89). While their specific expertise will always apply to those who experience problems within a Christian religious framework, Christian therapists should also expect to have clients referred to them from a variety of traditions and persuasions.15 If nothing else, the new “V code” could become a boon for their clinical practices!

This essay has considered the advantages as well as the disadvantages for Christian psychologists prompted by the recent insertion into the Diagnostic and Statistical Manual of Mental Disorders of a “V code” dealing with religious and spiritual problems. The possible use of the code to further imply that religion provokes or is synonymous with mental illness is but one reason to suggest that the “V code” is a bane for Christian psychologists. On the other hand, the use of the “V code” to further clarify the ways in which religion/spirituality functions in normal adjustment coupled with skills in dealing with the variety of types of problems that arise can be a boon for Christian psychology. 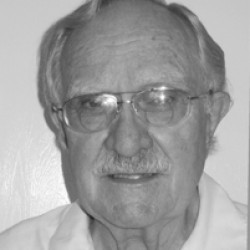 H. Newton Malony, professor emeritus of psychology, taught in the School of Psychology since 1969. A prodigious scholar, Malony's more recent publications include “Living with Paradox: Religious Leadership and the Genius of Double Vision” (1998) and “Christ in the Heart of Psychology: The Early Years of Fuller Seminary's School of Psychology” (1996).