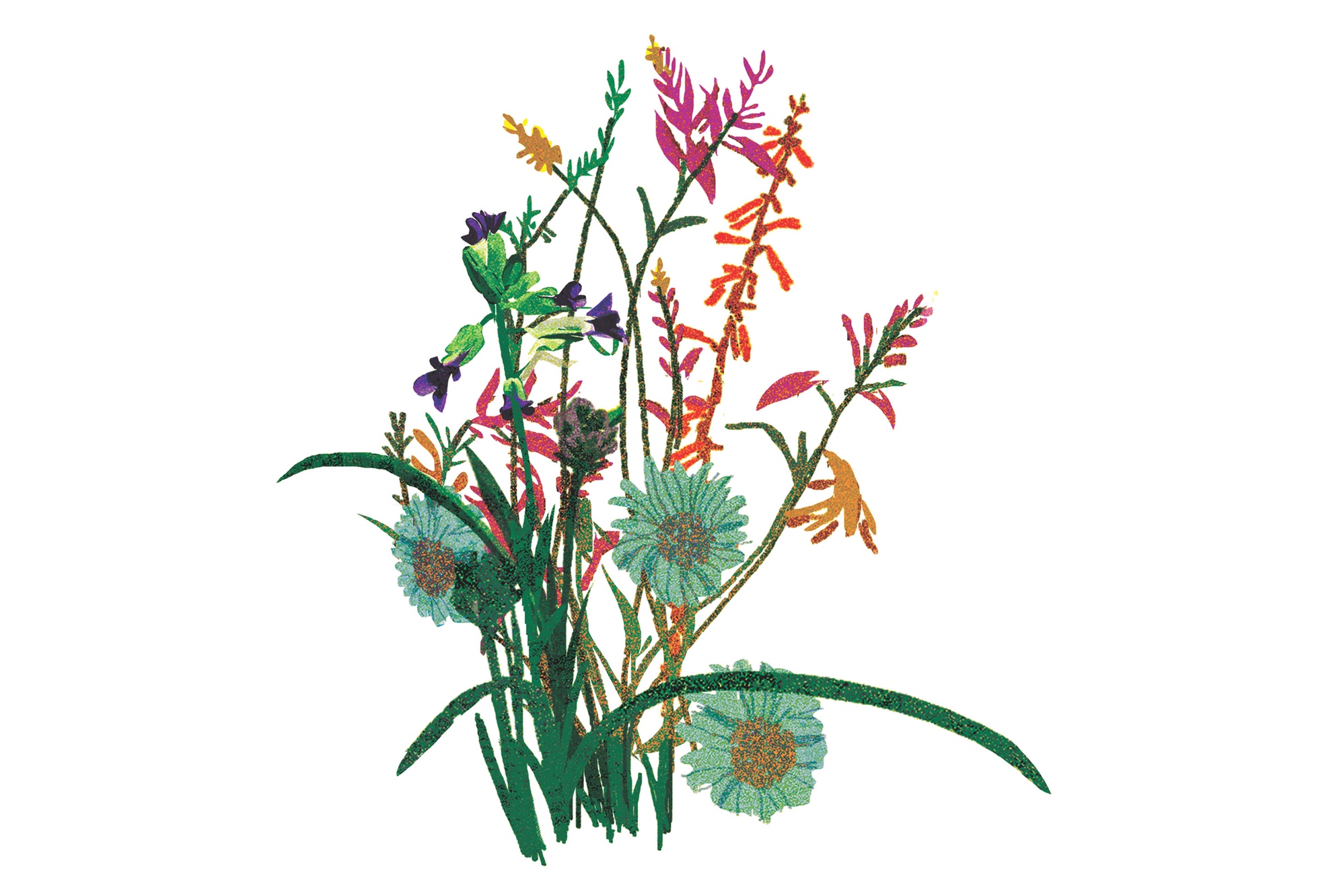 “It is very biblical to enforce the law.” White House Press Secretary Sarah Huckabee Sanders, on the morality of separating over 2,000 children from their immigrant parents at the border (June 15, 2018, CBN News)

“It’s disgraceful. It’s terrible to see families ripped apart and I don’t support that one bit.” Rev. Franklin Graham, on the situation at the border (June 15, 2018, CBN News)

Anyone who belongs to a large, extended family network that includes people living in poverty knows about that phone call. A member of the family needs help; whatever else is happening, it’s not acceptable to ignore the cry. It is the responsibility of every member of the family “not to hide yourself from your own kin.” We are taught from birth that we are our brothers’ and sisters’ keepers.

The biblical mandate to hospitality goes beyond the responsibility to blood family. First, the concept of family shifts when we understand that there is one heavenly Father who created us all. While there can be legitimate debate in the church over the difference between our sibling relationship as believers and our connections with those outside the faith, we cannot avoid the truth that we have some sort of family obligation to all human beings. We also recognize that our closest spiritual family includes brothers and sisters in Christ from other countries who are currently seeking our hospitality.

There are Christians fleeing terrible violence in Central America and seeking asylum in the United States. The majority of the families who were detained at the border earlier in 2018 whose children were placed in separate detention facilities were Central Americans seeking asylum. Over 40 percent of Hondurans and Guatemalans are evangelicals; less than 15 percent f the population of Central America is non-Christian.1 Syrian Christians are also begging for refuge. Familia justice is my shorthand phrase for God’s call to live as if we are a family. The truth is that we cannot escape being familia; we can only be a healthy family or a dysfunctional one.

Over 90 verses in the Old and New Testaments call the people of God to offer hospitality, to welcome the stranger, and to share our resources. The call to welcome the stranger is not in itself an immigration policy. The development and maintenance of an immigration system is complex. Our current system in the United States is ineffective, illogical, and often unjust and inhumane.2 Bipartisan immigration reform proposals in 2007 and 2013 were supported by a broad spectrum of legislators; the 2013 proposal completed by “the gang of eight” (four Republicans and four Democrats) passed the Senate but was never brought to the floor of the House of Representatives. The Dream Act, which would provide an option for obtaining legal status to young people who were brought to this country as children, has been consistently supported by 76–90 percent of the American public for over five years.3 None of this legislation has passed, however, because telephone calls to legislators have been overwhelmingly negative. While most Americans seem to favor immigration policies that would be effective, fair, and humane, the issue is not important enough to their lives to contact their congressional representatives. Those who believe that immigrants represent a threat to their well-being perceive the issue as critically important and contact their representatives regularly.

The resistance of the anti-immigrant forces and the indifference of most Americans are natural reactions. The call to hospitality is essentially disruptive. The customary process of using one’s resources to meet one’s own individual goals and care for one’s immediate family is disrupted by the request from outside to share. The knock on the door as the family sits down to dinner is inconvenient at best, exasperating at worst. The call from the family member in need can easily be a headache and a burden. The tired, poor, and huddled masses yearning to be free can easily represent a potential drain and threat to our families and communities.

However, the call to hospitality has profound spiritual implications. Henri Nouwen, the great Christian author, says that one of the core movements of the spiritual life is the transition from hostility to hospitality:

The first characteristic of the spiritual life is the continuing movement from loneliness to solitude. Its second equally important characteristic is the movement by which our hostilities can be converted into hospitality. It is there that our changing relationship to our self can be brought to fruition in an ever-changing relationship to our fellow human beings. It is there that our reaching out to our innermost being can lead to a reaching out to the many strangers whom we meet on our way through life. In our world full of strangers, estranged from their own past, culture and country, from their neighbors, friends and family, from their deepest self and their God, we witness a painful search for a hospitable place where life can be lived without fear and where community can be found. . . . It is possible for men and women and obligatory for Christians to offer an open and hospitable space where strangers can cast off their strangeness and become our fellow human beings.4

The call to hospitality is rooted in four great biblical truths. To believe and to live by these truths is a font of blessing:

• God the Giver: “Every good and perfect gift is from above, coming down from the Father of the heavenly lights, who does not change like shifting shadows.” James 1:17

• The Paradox of Love: “For those who want to save their life will lose it, and those who lose their life for my sake, and for the sake of the gospel, will find it.” Mark 8:35

• The Blessing of the Other: “Do not neglect to show hospitality to strangers, for by doing that some have entertained angels without knowing it.” Hebrews 13:2

GOD THE GIVER
We do not own anything that we have; we are merely stewards. If we lack because we give or share, the same Giver who provided the original gifts—including the capacity to earn—will give again all that we most need. While Christians have always struggled legitimately with questions of responsible stewardship versus the call to generosity, our fundamental orientation must be open and fearless: open hearts and open hands. Martin Luther, in The Freedom of a Christian, asserts that the peccatum radicale (root sin) is the lack of trust in God’s promises.5 The call to hospitality is at its root a call to trust that God is good.

THE PARADOX OF LOVE
Love is a paradox; we receive by giving. As disciples of Jesus, we know that the core of the gospel is Jesus’ sacrifice in love to save the world—a sacrifice that ultimately resulted in the possibility of abundant life for all. We are called to follow him on the way of the cross; there is no room for actions motivated by self-preservation. Again, there can be authentic debate about redemptive and nonredemptive sacrifice, but in order for that debate to be more than thinly cloaked rationalization, we have to be ready to sacrifice all that we are and all that we have for the call of gospel love.

BEING THE BODY
We are more connected than we consciously realize. If the child at the border is a believer, her anguish is mine as well. My children and I cannot be completely well unless she is safe and secure.

THE BLESSING OF THE OTHER
In Koine Greek, the word “angel” refers to any messenger of God sent to bring a blessing. Missionaries are coming to our borders from the Great Awakenings going on throughout the Global South. As we form our attitudes toward immigration, we need to take this movement of the Holy Spirit into account. Christian refugees have brought the gospel in ages past; it is true that our increasingly secular society might be able to use new messengers of the gospel, particularly from countries where families and family values remain strong.

Hospitality is essentially disruptive. It requires that we remember our needy family members—family united by blood, by the waters of baptism, and by our common Creator—even at those moments when we want to focus our energy on our own individual goals. It calls us to open the door to the unknown, to see that the stranger may bear a blessing instead of a threat. It requires that we share our resources both in moments of prosperity and when we only have two fish and three loaves of bread. These acts require faith, which is in itself the gift that makes the disruption of hospitality worth the cost. Whatever compels us to strengthen our faith in God is a blessing.

ENDNOTES
1. Pew Research Center, “Religion in Latin America: Widespread Change in a Historically Catholic Region,” November 13, 2014, http://www.pewforum.org/2014/11/13/ religion-in-latin-america.
2. See Immigration, by Dale Hanson Bourke, in The Skeptic’s Guide Series, for an accurate, readable, and comprehensive introduction to the US immigration system. Welcome the Stranger: Justice, Compassion and Truth in the Immigration Debate, by Matthew Soerens and Jenny Yang of World Relief, provides an excellent factual overview of the system as well as a Christian analysis.
3. C. Nichols, “Do Three-quarters of Americans Support the DREAM Act? Nancy Pelosi Says So,” Politifact California (September 19, 2017), http://www.politifact.com/california/statements/2017/sep/19/nancy-pelosi/nancy-pelosi-claims-three-quarters-americans-suppo/.
4. H. J. M. Nouwen, Reaching Out: The Three Movements of the Spiritual Life (New York: Bantam Doubleday, 1975), 49–50.
5. M. Luther, On the Freedom of a Christian (1520), in Luther’s Works, vol. 31: Career of the Reformer I, ed. H. J. Grimm and H. T. Lehmann (Philadelphia: Fortress Press, 1957).
6. J. Bellows, “The Many Contributions of Immigrants to the American Economy,” US Department of the Treasury (May 25, 2011), https://www.treasury.gov/connect/blog/ Pages/The-Many-Contributions-of-Immigrants-to-the-American-Economy.aspx.
7. A. F. Campbell, “The Truth about Undocumented Immigrants and Taxes,” The Atlantic (September 12, 2016), https://www.theatlantic.com/business/archive/2016/09/ undocumented-immigrants-and-taxes/499604/. 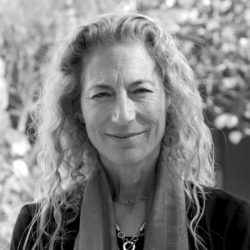 Alexia Salvatierra is a Lutheran pastor with over 40 years of experience in congregational and community ministry in both English and Spanish, including church-based service and community development programs, congregational/community organizing, and legislative advocacy. An affiliate professor for Fuller’s Centro Latino and School of Intercultural Studies, she has also served as adjunct faculty for many other institutions. With Peter Heltzel she authored Faith- Rooted Organizing: Mobilizing the Church in Service to the World and is founder of the Faith-Rooted Organizing UnNetwork. She was executive director of Clergy and Laity United for Economic Justice (CLUE) for 11 years.