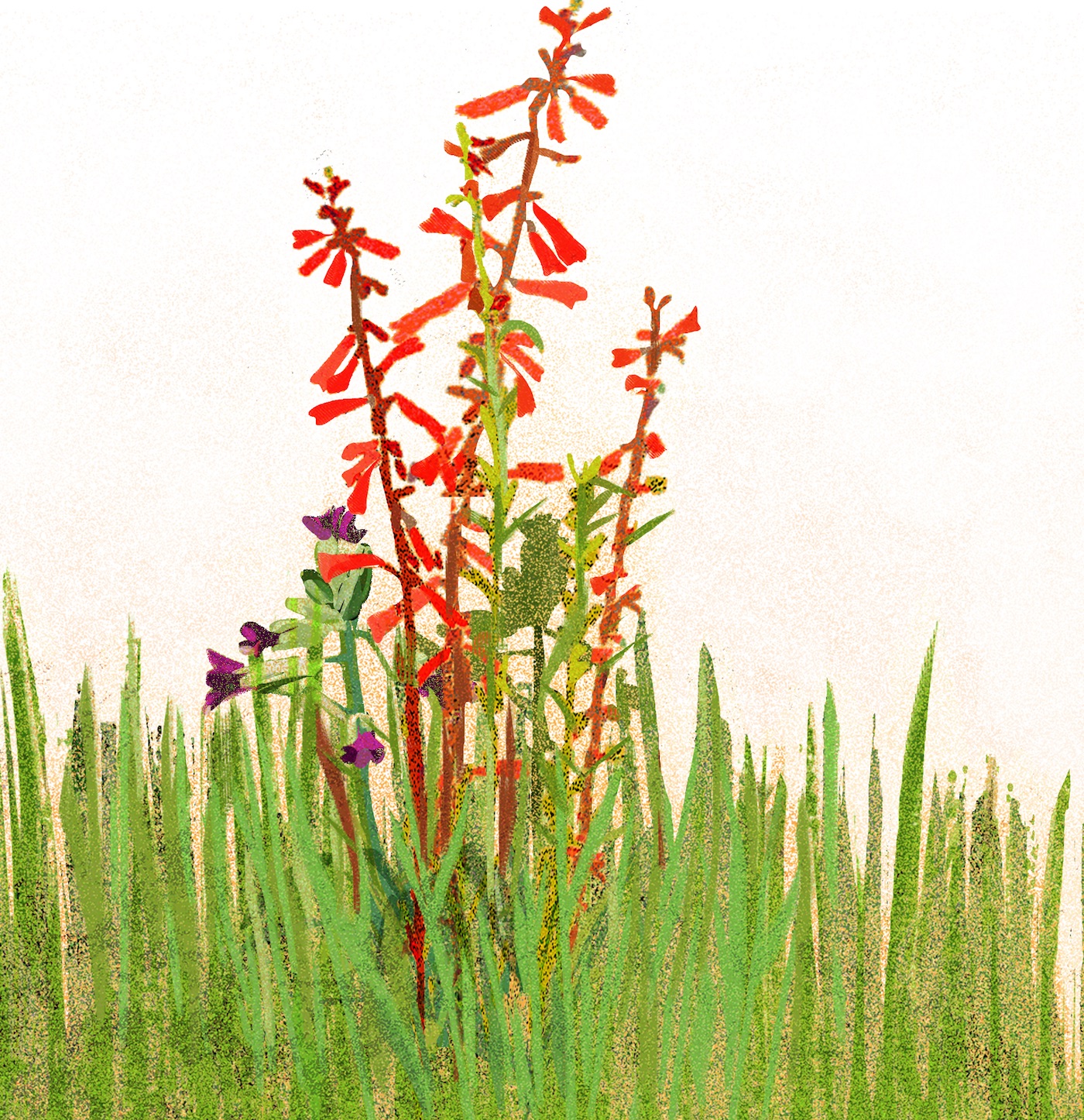 When it comes to trauma, why do stories with the same beginning have different endings? Two young women are raped by a family member at age 16. Two young men face combat in Afghanistan. Two women undergo miscarriage. Some go on to (eventually) thrive, while others remain stuck in self-doubt and depression. We know some people are more resilient to trauma than others. But why and how? Are there life circumstances or practices that can predict who will be more resilient and who less? And are there things we can do to increase our resilience?

There are no definitive answers to any of these questions, but the paradigm has shifted from a focus on people showing non-resilient behavior (a deficit-based vulnerability model) toward a focus on the cognitive and emotional negotiation and management of the sources of stress or trauma shown by resilient individuals.1 In other words, resilience is not simply a lack of psychopathology in response to difficult challenges,2 but rather an outcome of good survival through adversity, through a process of adaptation,3 which often results in psychological growth.4

The book of Acts is largely a case study in resilience. The early apostles experienced the seizing and execution of their leader, followed by exile, arrests, beatings, and further executions. Paul especially exuded resilience. He experienced repeated traumas, any one of which might have derailed him (or us, anyway). He witnessed the stoning of Steven (Acts 7:54–60). He escaped a plot on his life by being lowered out of a window in a basket (Acts 9:23–25). He was beaten by an enraged crowd (Acts 14:19). And on and on. When Paul says, “I can do all things through Christ who strengthens me” (Phil 4:13), we have to believe him. Yet many of the people who fail to overcome roadblocks in their lives are people of faith. It’s just that Paul’s statement that he can do all things doesn’t tell us how to do all things.

So what makes individuals resilient? Resilience is an elusive concept, because it is impossible to know with certainty how we will react to future trauma. It is precisely this uncertainty, according to Peters, McEwen, and Friston,5 that produces stress—and, along with the uncertainty, a lack of a sense of control.

We do not have access to the actual brain processes that result in resilience. So, to do scientific work on resilience, we look for things that are correlated with resilient behavior. We have learned that individuals who are most likely to be resilient have resilient cognitive and psychological features, and they engage in resilient practices that have been shaped by cultural and social resources6 as well as by specific life circumstances.7 In terms of the “big five” personality traits, extroversion, conscientiousness, agreeableness, emotional stability, and openness to experience are all correlated with resilience.8

SPIRITUALITY AND OTHER ATTRIBUTES OF RESILIENCE
Promoting protective factors has been shown to be more effective in increasing resilience than reducing risk factors,9 even to the extent of becoming relatively immune or impervious to the negative effects of stress.10 Resilience factors exist at the individual, familial, and community levels11 and are formed developmentally over time.12 People who are more open to change and who have a more positive outlook on life tend to display higher levels of resilience.13 Correlates of resilience also include prior successes,14 a commitment to personal or collective goals,15 an action-oriented approach,16 spiritual resources,17 a sense of purpose,18 satisfaction with life,19 social support,20 emotion regulation and physical activity,21 and the capacity for adequate sleep and nutrition.22

We have found all of these characteristics associated with aspects of resilience in humanitarian workers.23 We can also see that Paul had many of these characteristics, which may have contributed to his extraordinary resilience. He was driven by his commitment to the goal of spreading the gospel of Jesus, which gave him a sense of purpose. He frequently cultivated the social support he needed, and he presumably had considerable spiritual resources. The World Health Organization has declared that “for many people, religion, personal beliefs and spirituality are a source of comfort, wellbeing, security, meaning, sense of belonging, purpose and strength.”24 Essentially, a belief system can provide relief, strength, and the power to overcome hardships,25 especially when there is a focus on a relationship with a spiritual being and on meaning making.26 The trauma itself can be a catalyst to delve deeper into spiritual and religious practices and beliefs, which in turn have been reported to often result in positive religious coping and posttraumatic growth.27

Awe, inner peace, and hope predict a positive quality of life, while spiritual strength is associated with less stress.28 Having a purpose in life likely provides the motivation to “constructively learn from and reappraise negative events in an adaptive manner and avoid brooding and ruminative tendencies, so as to quickly refocus on one’s goals and purpose.”29

THE BRAIN’S RESPONSE TO STRESS
Cortisol is a hormone that promotes survival during dangerous situations by facilitating the mobilization of the body’s resources for immediate action.30 As a result, cortisol is involved in the body’s autonomic fight-or-flight, physiological response system,31 providing increased energy, arousal, and focused attention.32 In the short term, cortisol secretion is a critical component of the stress response system. However, frequent exposure to chronic stressors or the failure to rein in cortisol levels after termination of the stressor can lead to depression and a variety of bodily health functions, such as hypertension, osteoporosis, insulin resistance, abdominal obesity, or coronary vascular disease.33

DHEA is a hormone that is secreted alongside cortisol in response to stress.34 There is strong evidence to suggest that DHEA helps protect the brain from the deleterious effects of cortisol.35 Levels of DHEA increase under extreme stress,36 but decrease in the case of long-term exposure to chronic stressors.37 Biological concepts such as allostasis (the achievement of stability through biological adaptation to trauma or stress) and allostatic load (the cumulative wear and tear on the body in response to stress) explain both resilience and the development of chronic stress disorders.38 For an individual such as Paul, one can only imagine that his brain would have been flushed with cortisol and DHEA time and time again, allowing him to rise to the occasion under extreme stress, while increasing the cumulative allostatic load on his cognitive and physical resources.

Adverse events can make future traumatic events even more disruptive,39 although, in Paul’s case, they likely enhanced adaptation as his brain efficiently mobilized adaptive neural responses to environmental stressors,40 allowing him to return to allostasis efficiently. Counterbalancing cortisol, DHEA likely modulated the physiological effects of stress so that Paul could adapt. DHEA likely protected Paul’s hippocampus from cortisol, improving learning and memory.41 DHEA also has positive effects on behavior and cognition42 such that, should Paul have experienced symptoms of posttraumatic stress, increased levels of DHEA may have played a role in his recovery. Evidence suggests that levels of DHEA are lower in depressed individuals.43 Therefore, while cortisol and DHEA play differing roles in response to extreme stress, the ratio of DHEA to cortisol has been proposed as a marker for resilience.44

To better understand the connection between resilience and biomarkers such as the ratio of DHEA to cortisol, we worked with a group of 28 Army National Guard Special Forces, with a mean age of 41.4 years, presumably exemplars of resilience. We designed the study to assess resilience and the participants’ ability to adapt and recover in the face of adversity over their life span. They gave us blood and saliva samples during normal times (that is, not while under extreme stress), which we analyzed for DHEA and cortisol levels, and they completed questionnaires, including the Headington Institute Resilience Inventory (HIRI), a measure developed for use with humanitarian aid workers.45 The HIRI included 38 items that constitute seven factors, with items rated on a 7-point Likert scale with anchors of 1 (Not at all), 4 (Somewhat), and 7 (Very well). Correlational analyses found Spirituality (e.g., “My life is enriched by my spiritual beliefs, practices, and/or experiences”) was significantly correlated with the DHEA/cortisol ratio at a strong level, whereas, unexpectedly, Adaptive Engagement (e.g., “I can adapt to changing circumstances”), Sense of Purpose (e.g., “I find meaning in my work”), and Life Satisfaction (e.g., “I am lucky to be able to do the work I do”), were not.

The finding that spirituality was correlated with the ratio of DHEA to cortisol complements the work of Seeman, Dubin, and Seeman,46 who found that transcendent meditation increased a person’s ratio of DHEA to cortisol. Presumably, as spirituality becomes more important in the life of a Special Forces member, he or she is more likely to have an altered physiology and an increased level of physiological and psychological resilience. Spirituality may provide a safety anchor that allows more of a sense of control, even in dire and helpless situations.

Returning to our questions in the original paragraph—can we predict which people will have a resilient response to traumatic events? We will probably never know with certainty, but research has identified several characteristics, experiences, and practices that resilient people tend to have. One of these is spirituality, which is a very broad concept (see Warren Brown’s comparison of religiousness and baseball). We do not yet know which aspects of spirituality are most important in predicting resilience. Is it beliefs? Prayer life? Community practices? There is room for a great deal more research in this area.

Perhaps the more important question is this: Are there things we can do to increase our resilience, either before or after a traumatic event? Some of the psychological correlates of resilience are things we have no control over—the number and kind of severe stresses we have already experienced, for example, or even traits of our personality. Other factors, however, such as our social support and physical and spiritual exercises, can be changed with dedication and motivation. This does not mean that such changes will immediately result in increased resilience. However, we, and many other careful researchers, are accumulating increasing evidence that the systematic and maintained promotion of protective factors is effective in increasing resilience.47

It is an exciting time to be a resilience researcher, as we are turning our attention from the academic to the practical. Perhaps within a few years, we will know for sure which interventions tend to increase resilience for which specific person. In the meantime, increasing one’s spiritual resources is an appropriate step toward bolstering one’s capacity for resilience. 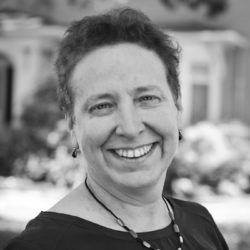 Anne A. Turk Nolty is assistant professor of psychology at Fuller. She is board certified in clinical neuropsychology and brings to her work a rich history of cross-cultural experience and teaching in a variety of contexts. 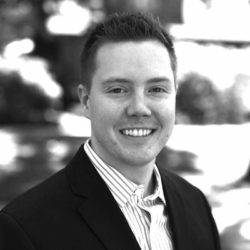 Jared K. Rensberger earned his PhD in Clinical Psychology with an emphasis in neuropsychology from Fuller in 2018. His primary re- search interests include brain behavior relationships, PTSD, and resilience to stress. 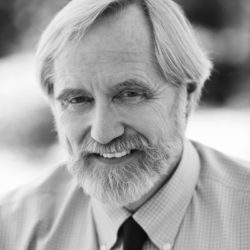 Donald S. Bosch is the director of risk psychology at the Headington Institute. For over a decade he has traveled worldwide to help prepare humanitarian aid workers for deployments into high risk countries. 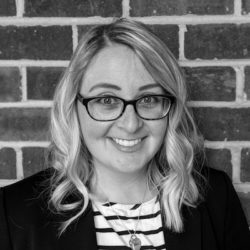 Natalie Hennig (MA ’17) is currently working on her PhD in Clinical Psychology from Fuller. Her main research interests include resilience, relationship between brain and body physiology, and interventions that improve cognition. 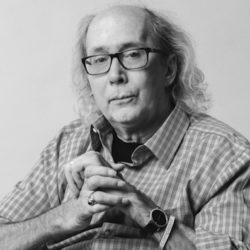 J. Galen Buckwalter has worked in academia and industry as a research psychologist for over 25 years, and created eHarmony’s assessment and matching system. He is currently CEO of psychometrics consulting firm psyML.