The topic of this issue of Theology News & Notes, “Sacred Patients, Secular Practices,” makes assumptions about the “secularity” of current psychotherapy and the “sacrality” or devoutness of its clients, which does not seem to hold true either for the situations of dying and bereaved persons today or for the dominant therapeutic models developed to aid them. These labels just do not grasp how contemporary language and imagery for death, dying, and bereavement has actually worked to fill gaps and empty niches of our spiritual landscape. In this short essay, I will trace the rise of the death awareness movement, which focused attention on dying and grief in a manner congruent with the sensibilities of a wide range of North Americans across religious lines. This movement gave us models of “five stages of dying,” then “four tasks of grief,” and a whole vocabulary to speak of loss, a “grief process,” and acceptance of one’s own and others’ deaths. It also offered a way for counselors, chaplains, social workers, and educators to converge on topics of professional and existential interest without the contentiousness that has characterized many debates on medical topics, or on religion and public life.

The death awareness movement began in the late 1950s and early 1960s, but became a real “movement” with an educational and moral agenda in the late 1960s with the publication and success of Elisabeth Kübler-Ross’s On Death and Dying.1 Although the background theory she used was an amalgam of psychoanalysis and humanistic growth psychology, the major theme of the book was that dying as human experience needs to be recognized, and the dying can be “teachers”—opening up areas of life not allowed public voice. To go beyond silence and denial of death and to challenge the medicalization of dying: this was the moral agenda of the book and the movement that followed. The “five stages” scheme, widely known but no longer accepted by anyone working in the field, held hope for a meaningful progression toward a peaceful death. It offered another language beyond that of medical “defeat” by disease. This language was one that patients and their families could use, and they did. Although Kübler-Ross originally worked with the dying, the model of such a progression is now almost always associated with bereavement, coping with the loss of others. Stages, tasks and “r-processes” (increasingly complex psychological models) all try to chart the long-term and difficult process of grieving a loss and “relearning the world.” Journalists have adopted and adapted this language, adding the idea of “closure” in spite of current psychological misgivings about such a neat completion for grief.

Is this movement “secular”?  Is it “sacred” or “spiritual”? Such questions have not seemed to matter very much in the over 35 years since “death and dying” became a common phrase. First, the supporters of the work of the death awareness movement have always prominently included chaplains, and in no way has the movement itself ever been organized against religious commitments and practices. Second, the vaguely psychological categories of its language, such as “denial” or “anger,” were seemingly universal emotional states requiring no specific cognitive content or particular belief systems. These continue to organize many persons’ thoughts on the entire topic.

But probably more central to the situation was the fact that Christianity, in its mid-century American form, had nothing to say regarding mourning or grief. What it may have had to say on death did not address the real-life emotional issues facing terminally ill hospital patients. Mourning and bereavement have never been Christian theological topics, and by the time of the death awareness movement, cultural practices of long-term public mourning had been long gone among mainstream North Americans. (Moviegoers did not feel shock and dismay when Scarlett O’Hara in her mourning garb got up to dance at a ball). The death awareness movement filled a niche that had been empty, awaiting some content, some specific image or model of what “coming to terms with loss” was like. (See my Beyond Silence and Denial: Death and Dying Reconsidered for an extended discussion of this “empty niche.”)2 Because Judaism has such a model in its traditional pattern of shiva and the laws of mourning, there was widespread envy among Christian death awareness advocates of this Jewish recognition of grieving. But to use categories such as “secular” or “sacred” is misleading, since what was envied was not the religious content of Judaism, but the sense of meaning that accompanied giving social form to grief. The specifics of Jewish practices mattered less than the need for public and traditional space to be given over to mourning. This came to be seen as a lack in the culture at large.

The dying hospitalized patient was also ignored in prevailing models of therapy and pastoral practice at mid-century. Ironically American Freudianism contributed to this neglect by claiming that, unconsciously, we cannot accept our own deaths at all. In spite of Freud’s own late-life emphasis on “the death instinct,” this was the pattern of psychoanalytic thinking that made American denial seem normal.

Meanwhile, what of Christian religious reflection on death? Theological writers at mid-century were often focused on large-scale interpretations of history, the challenge of Marxism and other secular ideologies, and on recovering Biblical eschatology to respond to these. By comparison, personal dying seemed small-scale and even selfish as a religious preoccupation. For example, Emil Brunner’s fine theological work Eternal Hope3 was prompted by the accidental death of his son, but an American reading the book today would never guess its roots from the abstract, large-scale focus on the theology of history, existential philosophy, and the purposes of God. At the more popular level of funeral sermons, anthologies from the 1920s through the 1970s show a decreasing interest in theological content, and a narrow interpretation of the Christian faith’s hope for “the life everlasting.” It was acknowledged that people at the funeral were sad, but the messy realities of dying and loss remained invisible. Here too, retroactively, we can speak of an empty niche waiting to be filled.

Kübler-Ross’s work spoke directly to this need, and the response was a large amount of pastoral care literature that might be labeled “Kübler-Ross for chaplains.” While some death awareness advocates cited the medieval Ars Moriendi literature to show that dying was once an important and un-repressed human experience, there was little interest in recovering recent religious resources, patterns, and models, even had such existed to fit the circumstances in which the dying found themselves. What dominated peoples’ concerns were the helplessness and isolation of hospital patients, the endless medical treatments, and the fear of abandonment as doctors “gave up on” the terminally ill. These problems were not new in the 1960s; they appear almost full-blown in a 1936 work by a doctor and a minister, Cabot and Dicks’ The Art of Ministering to the Sick.4 But theological and even pastoral interests had overlooked them.

One result of the death awareness movement was an awesome proliferation of autobiographical narratives, portraying individuals’ struggles to come to terms with impending death or the loss of a loved one. Among these are some outstanding ones by Christians: C. S. Lewis’s A Grief Observed5 has become a classic of this genre, but I can recommend David Watson’s Fear No Evil,6 Cardinal Joseph Bernardin’s The Gift of Peace,7 and Madeleine L’Engle’s A Two-Part Invention.8 These all show persons of deep, very different faith struggling with the “new” issues: lengthly medicalized dying and coming to terms with loss. They ignore almost entirely traditional Christian themes of afterlife, immortality, and resurrection in favor of intense examination of emotional and religious meanings within mortality and bereavement.

More recently, the term spiritual has been popularized to capture the ethos of these writings and many others. “If Kübler-Ross were working today, she’d be doing spirituality, not psychology,” one chaplain remarked. This may be because “spirituality” is so ill-defined that it can cover—and cover up—innumerable conceptual possibilities, gaps, and leaps. The term appears so generic that one can easily speak of “Evangelical spirituality,” “Muslim spirituality,” and “New Age spirituality” as if these were subdivisions of one larger and broader category. The only ones who get left out are militantly secular rationalists, whose voices are rarely heard at death awareness gatherings. To some extent, this popularity of “spirituality” diffuses contentiousness that goes along with public debates about religion, while leading to fresh turf wars such as who should deliver “spiritual care” in a hospital setting? Chaplains? Social workers? Doctors and nurses? Anyone and everyone sensitive to “spiritual issues”?

Even for those of us who resist this use of “generic spirituality,” it works to overcome the unhelpful sacred vs. secular dichotomy. The latter has not characterized the area of dying and bereavement, theoretically or clinically. Future developments may lie in linking this death awareness material with much closer and more consistent awareness of enculturation, so that generic claims about “anger” or other emotional states can be seen as culturally shaped rather than universal givens. I would hope for some revisioning and revitalizing theology by dialogue with the perspectives of the death awareness movement. This should occur without simply replicating the “Kübler-Ross for chaplains” therapeutic models, yet with real attention to the constructive agenda of the death awareness professionals. Nevertheless, I do not think the categories of “secular” vs. “sacred” will carry these projects very far, nor prove helpful in future discussions. 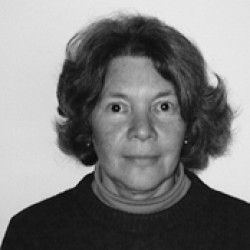 Lucy Bregman (PhD) is professor of religion at Temple University, Philadelphia, PA. In 1989, she delivered the Finch Symposium Lectures at Fuller. She has authored six books, including “Death in the Midst of Life: Perspectives on Death from Christianity,” “Depth Psychology,” “Beyond Silence and Denial: Death and Dying Reconsidered,” and “Death and Dying, Spirituality and Religions: A Study of the Death Awareness Movement.” Bregman, who received her doctorate in religion and psychological studies from the University of Chicago Divinity School, has for many years contributed to the Homily Service “Healing Word” column.