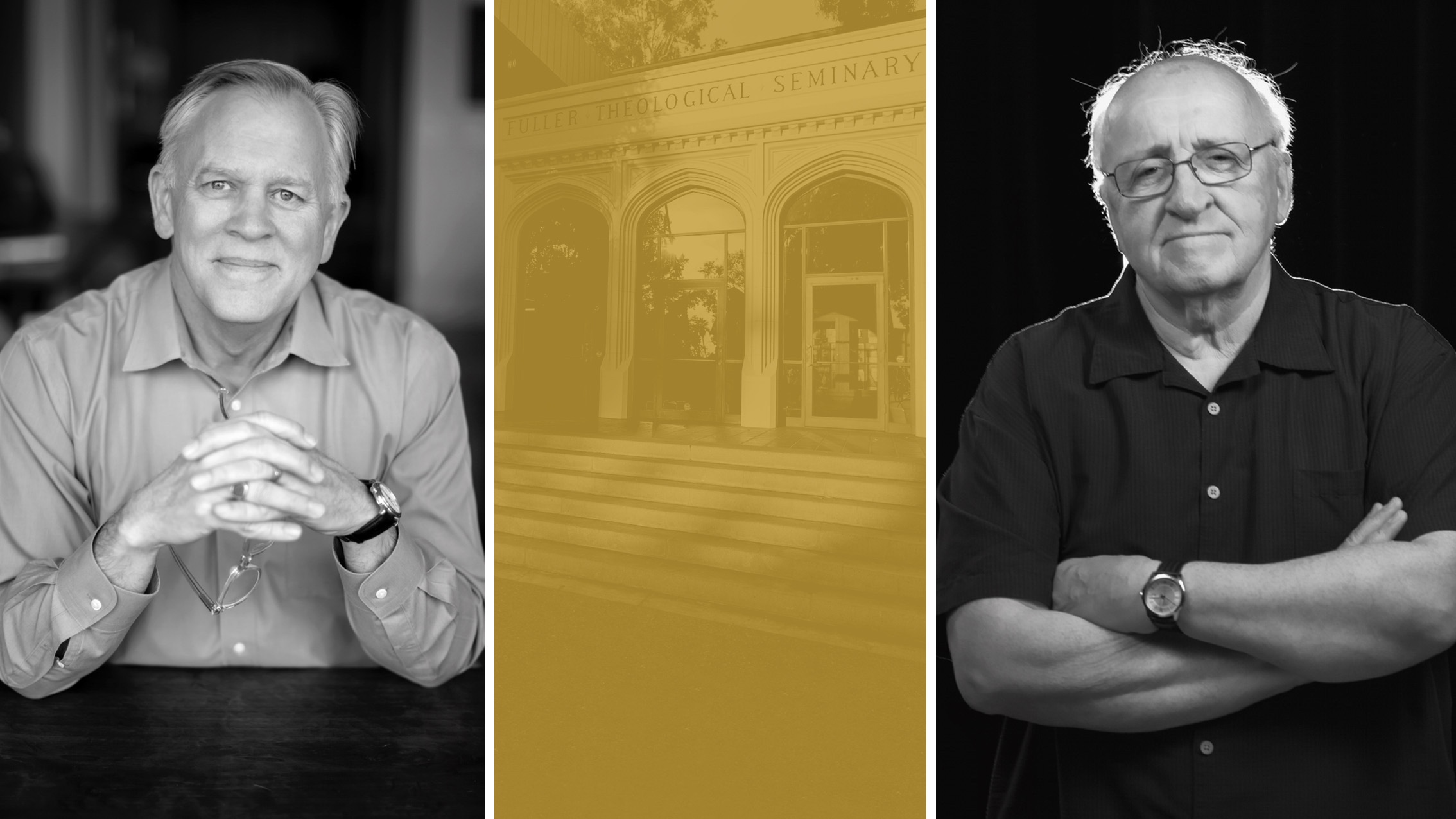 We are writing to address critical concerns about Christians in America who identify as evangelical.  The issues we have in view have been intensified by the 2016 presidential campaign and exist now regardless of the outcome of the election itself.  We know many evangelicals of deep faith and strong conscience who cast varied ballots, often gripped by an agonizing sense of compromise whatever their decision.  Our concern is not to comment on the election but to clarify the moral vocation of an evangelical Christian faith in the midst of these times.

Since its founding almost 70 years ago, Fuller Theological Seminary has described itself as evangelical. This term has captured the seminary’s commitment to the good news of God’s redeeming love in Jesus Christ, its trust in the unique and supreme authority of the Bible, its engagement in the personal and global mission of God in the world. The term has gone through various stormy seasons of contention and debate, not least as a contrast to fundamentalism. Over time, and in distinction to some, Fuller has not used evangelical as a term of association with political, partisan, racial, gender, or sexual identity politics. The seminary has instead persisted in its use of the term to identify its particular theological and missional commitments.

During the 2016 presidential campaign, the label “evangelical” became an especially blurred category both because of the media and because of some evangelical voices. Over the course of the campaign, the press increasingly referred to evangelicals as politically conservative, and predominantly white Christians.  For some evangelicals, abortion and future Supreme Court appointments were of primary concern, placed over and against concerns for women, people of color, Muslims, and LGBT persons.  This polarization, even among evangelicals, led some to conclude that evangelicals on both sides were increasingly and inextricably bound to and complicit with scandalizing words and actions that degrade people and contradict and betray the gospel of Jesus Christ. At times, these associations have not just been attributed by the press, but clearly and repeatedly captured through evangelicals’  own witness.  The reported influence of the evangelical vote in the post-election surveys only intensified this view.

For some who have identified themselves as evangelical, these distorted entanglements now compel them to abandon the term, to adamantly reject further identification with evangelical and with groups associated with it. Only by distancing themselves from the now pervasive and destructive associations with evangelical do they feel they can reclaim or maintain their identity and integrity as followers of Jesus. For these, anything less than this seems like a meaningless and impossible semantic position.

As President and President Emeritus of Fuller Theological Seminary, we lament and reject the disgrace that hateful words and actions by some evangelicals have heaped specifically upon people of color, immigrants, women, Muslims, and LGBT persons in our nation, as we uphold the dignity of all persons made in the image of God. We grieve and condemn the racism and fear, rejection and hatred that have been expressed and associated with our Lord. Such realities do not in any way reflect the fruit of God’s Spirit and instead evoke the sorrow of God’s heart and of our own.

To whatever degree and in whatever ways Fuller Theological Seminary has contributed or currently contributes to the shame and abuse now associated with the word evangelical, we call ourselves, our board of trustees, our faculty, our staff, our students, our alumni, and our friends to repentance and transformation. We ground our hope for the church in Jesus Christ alone, and pray that in our humble reaffirmation of that faith, God will revive and renew the church in America to be evidence of God’s love, justice, and mercy for all people.

Evangelical has value only if it names our commitment to seek and to demonstrate the heart and mind of God in Jesus Christ. This calls us into deeper faith and greater humility. It also leads us to repudiate and resist all forces of racism, misogyny, and all other attitudes and actions, overt and implied, that subvert the dignity of persons made in the image of God. The only evangelicalism worthy of its name must be one that both faithfully points to and mirrors Jesus Christ, the good news for the world, and seeks justice that reflects the character of God’s kingdom.

Because of its non-negotiable commitment to the evangel, God’s good news, Fuller Seminary will continue to identify itself as evangelical. We must understand evangelical not as a self-congratulatory description of Fuller Theological Seminary but as our commitment and aspiration: our deep desire that the daunting and urgent hope of Jesus Christ will transform us so our speech truly proclaims and our life faithfully enacts God’s good news of love, justice, and mercy.

Mark Labberton, PhD [MDiv ’80], is the fifth president of Fuller Seminary. He joined Fuller’s faculty in 2009 after serving in pastoral roles for 30 years.

Richard J. Mouw returned to teaching in the position of professor of faith and public life after 20 years as president of Fuller Theological Seminary (1993–2013).