A couple of years ago, a vacated pornographic store sat at the heart of a Jerusalem shopping mall, its doors firmly closed with red tape and a sign directing patrons to a new location. Katherine Snyder [PhD ’05], on behalf of the congregation that had just purchased the space, took one look at the sign and replaced it. “Under New Management,” it stated in Hebrew. “The first sign was like a direction to move from Sodom and Gomorrah to Zoar,” said Katherine. “I thought, ‘I don’t think so.’”

This marked the beginning of the remarkable transformation of a former sex shop into one of the first counseling centers in the region to serve Messianic Jewish believers—a need Katherine has felt since the early 1990s.

At that time, Katherine was serving as a field worker for a missions organization in Israel. More than 300,000 Russian Jews had made aliyah—returned to Israel—at the collapse of the Soviet Union, and many of them came to faith and joined Messianic fellowships, including the congregation where Katherine worshipped. She began to hear a growing cry among them for the “Messiah’s intervention” in their relationships and families, as well as the cries of a close friend in her struggling marriage. “But psychology was not accepted by the local body then the way it is today,” said Katherine. “People were actually leaving the country to get marital therapy. There were plenty of psychologists, but there was nothing for biblical counseling.”

Longing to meet that need, Katherine pursued a PhD in Marriage and Family Therapy at Fuller—but after graduating, found herself pulled in other directions: to Maryland to work as a hospital chaplain with the National Institutes of Health; and later to Washington DC to counsel federal government employees.

“I kept asking the Lord, how does this relate?” said Katherine. “I loved what I was doing, but it wasn’t my vision—my heart was beating Israel, Israel, Israel. Yet as I look back, I see that everything was preparing me to return to the Middle East.”

Her vision to establish a counseling center in Israel finally resurfaced in 2011 at a spiritual retreat on the East Coast, coming to her heart as she prayed. “I just knew it was time,” said Katherine. She immediately wrote to senior pastor Wayne Hilsden of King of Kings Community, a congregation she had previously connected with back in Jerusalem. He replied with news that they had just purchased a porn shop located in the same enclosed mall as the congregation’s worship pavilion. They were considering reclaiming the space, which once produced shame and hurt, into a counseling center for healing and reconciliation.

That’s all Katherine needed to hear.

She left America and flew to Israel for an interview with a deeper vision in mind: to not only offer counseling services for local believers, but to also equip others through a lay counseling program to meet the growing demands for Messianic therapy throughout the country. “Let me train people and I’ll supervise them,” she told the pastor. “He said, ‘Let’s do it.’” And so the Anchor of Hope Family Counseling Center began.

A team of volunteers tore down a wall, purchased new furniture, and stripped away layers of nude magazine clippings. “They also took down some awful red paneling and when the bare walls were exposed, there was mold,” said Katherine. “It was such a spiritual metaphor for that place.”

Drawing from learnings under Marriage and Family Therapy professors like Jack and Judy Balswick, Cameron Lee, and Jim Furrow—“who didn’t just talk about integration, but modeled it,” Katherine began to meet with people in the freshly painted rooms. An Israeli woman who started remembering being abused in her younger years. A man who was just as uncertain about his future as he was his unhappy childhood. And an individual who was able to grieve the relationship she never had with her mother—just weeks before learning her mom was dying.

“Right after her therapy ended, she was called back to the country where her mother lived,” said Katherine. “They could be together, have good closure, and express love for the first time. That would not have happened if she had not gone through counseling.”

Experiences like these remind Katherine that her training is not in vain, as well as the training she’s been able to extend to nearly 70 students in her lay counseling program, which includes pastors, therapists, social workers, and congregants from all over the region. One young minister and his wife traveled four hours every Monday night from a small city near the Lebanon border for training. Many more attend Anchor of Hope’s constant lineup of seminars, conferences, and workshops on topics like crisis intervention.

“I say to my students, how often in life do you have someone who will just listen to you for an hour, just for the aim of understanding you?” said Katherine. “Not fixing you, not judging you, just looking at you and asking, ‘What’s going on?’ and ‘How are you really?’ That in itself is healing and, I think, reflects our listening Father.”

The focus of Anchor of Hope’s next series of biblical counseling courses? Sexual addiction. The issue hits close to home. It’s a reminder that a few coats of paint aren’t enough to end the nation’s desperate consumption of pornography. But it’s a good place to start. A place, Katherine shares, that God is already in the midst of. 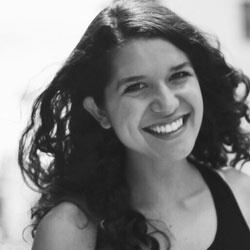